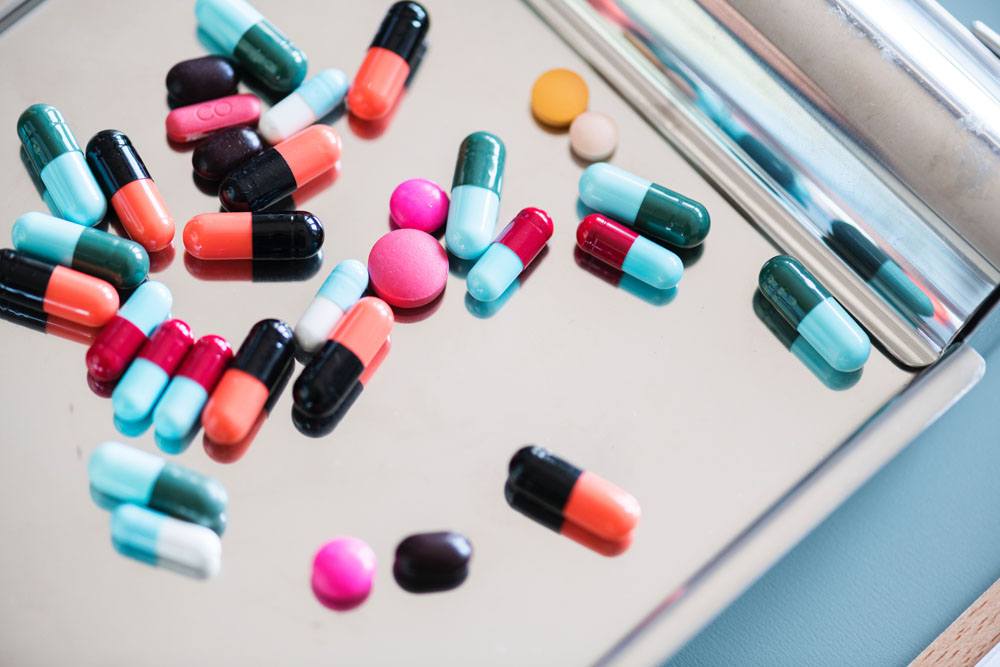 The miracle of modern medicine is that there’s a pill or some kind of dosing treatment to help manage a whole variety of physical ailments: infections, high blood pressure, diabetes, pain and hair loss. But there’s a dangerous side to this apparent abundance: these powerful pharmaceuticals can come with a wide range of nasty side effects, and sometimes completely unanticipated side effects can arise when drugs are mixed together. What’s even less reassuring is that often, doctors themselves are not always clear on the potential adverse reactions that may happen if they add another medication to the other drugs that the patient is already taking, making multiple drug combinations (or polypharmacy) a bit of a gamble at times.

Aiming to take the risk out of combining prescribed drugs, researchers at Stanford University have turned to using AI to help predict (and not just track) the 125 billion possible side effects from the complex interactions between pairs of the approximately 5,000 drugs on the market.

“It’s practically impossible to test a new drug in combination with all other drugs, because just for one drug that would be five thousand new experiments,” explained Marinka Zitnik, a postdoctoral fellow in computer science who worked on the project.

Dubbed Decagon, the team’s tool would help doctors to make better-informed decisions when prescribing a variety of drugs to patients, and help experts develop even more-improved drug combinations for patients that suffer concurrent diseases. Previous attempts to approaching the problem of predicting drug interactions have included the use of network modeling, molecular analysis, as well as statistical models and semi-supervised learning, but these results offer only broad generalizations about drug interaction on the cellular level, and cannot actually predict accurately what type of side effects may occur.

In contrast, Decagon’s approach uses deep learning to extract patterns based on how the 19,000 different proteins in the body interact with each other, and how different drugs affect these proteins. The team also incorporated the approximately four million known associations between drugs and side effects, and utilizing deep learning, Decagon is then able to analyze, characterize, and anticipate any unexpected results that may occur when two medications are combined.

“It was surprising that protein interaction networks reveal so much about drug side effects,” noted Jure Leskovec, co-author of the team’s paper and an associate professor of computer science. 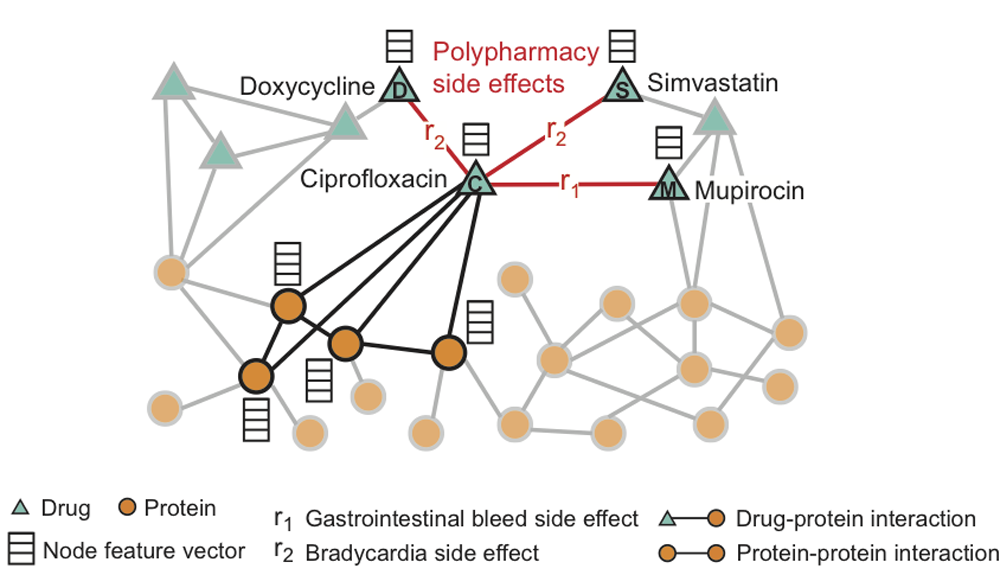 Specifically, the team’s model uses a convolutional graph neural network that employs multi-relational link prediction, as opposed to the simple link prediction that previous models use. What this means is that more possible interactions can be accounted for, and this is borne out in the team’s experimental results, which demonstrated that Decagon outperformed alternative methods by 69 percent, while also showing a 20 percent average gain in predictive performance. Decagon also managed to make some novel and unexpected predictions that later turned out to be proven true. 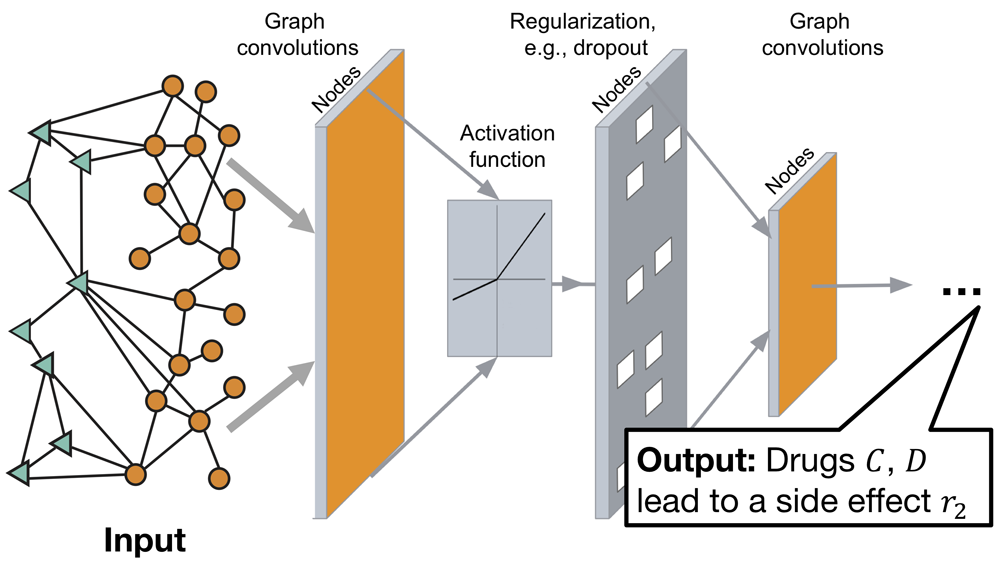 “For example, Decagon signified the use Atorvastatin [a cholesterol drug] and Amlodipine [taken for blood pressure] can lead to muscle inflammation,” wrote the researchers. “In fact, recent reports have found injuries in muscle tissue due to presumed drug interactions of Atorvastatin with Amlodipine. Decagon also flagged a potential association between Pyrimethamine, an anti-microbial that, if taken alone, is effective in the treatment of malaria, and Aliskiren, a renin inhibitor, whose clinical trial was halted after discovered kidney complications, suggesting an increased risk of cancer. The analysis here demonstrates the potential of Decagon’s predictions to facilitate the translational science and the discovery of novel (non)-efficacious drug combinations.”

With an aging population that is also increasingly taking multiple medications than its previous generation, a tool like Decagon would be vital in preventing serious side effects and possibly death in patients. For now, Decagon can only predict interactions for two drugs at the same time, but the idea is to expand the model’s capabilities so that it can analyze more drugs simultaneously. The team is also planning to create an easy-to-use tool that doctors can use in their offices, and which can also aid drug researchers in developing more efficient and less harmful multiple drug regimens for more complicated illnesses.