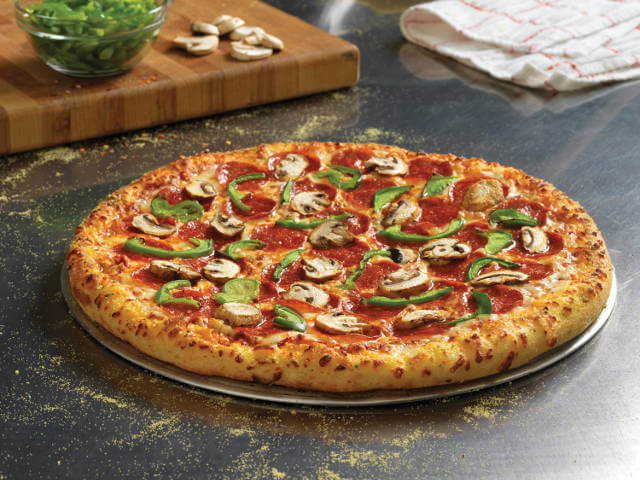 “Data is the single biggest asset at most organizations today,” the MIT Technology Review recently warned. “It’s time to start treating it accordingly.”

In a custom report authored in conjunction with Oracle, “The Rise of Data Capital,” the MIT Technology Review argues there are hidden troves of data treasure, and that competitive businesses need to change the way they make decisions to better reflect the latent knowledge hidden in this data. The publication also highlighted the report with two additional articles, “The Rise of Digital Capital” and “Data’s Identity in Today’s Economy.”

The report describes a world where data is used for more than just credit ratings. For example, doctors could use data to make sense of cancer-screening images. Data could provide all-important fraud detection services for online transactions. Ultimately the report ends by touting the possibility of “radical improvements in operational effectiveness” and a new competitive advantage that will come when enterprise computing gets transformed into simpler on-demand services that are easier to use.

For proof, the publication cites the work of Erik Brynjolfsson, director of the MIT Initiative on the Digital Economy, and an MIT team that surveyed 180 large public companies in 2011. The conclusion? Data-driven decision-making leads to a 5-6 percent increase in output and productivity.

“More and more important assets in the economy are composed of bits instead of atoms,” Brynjolfsson was quoted in the report. “Hardware is becoming a service people buy in real time, and the lasting asset is the data.”

In fact, the report ends with a prediction about the Internet of Things — the 20 billion devices Gartner Inc. predicts will be connected to the internet by 2020. “They’re all generating data,” noted Brynjolfsson. “That creates opportunities to analyze data, and that data analysis creates value,” he adds, urging a new style of decision-making.

“Just as retailers can’t enter new markets without the necessary financing, they can’t create new pricing algorithms without the data to feed them,” the report noted. “In nearly all businesses, companies are in a race to create unique stocks of data capital — and ways of using it — before their rivals outmaneuver them.”

Data also has the power to disrupt an entire industry, of course, and the report includes shout-outs to Amazon, Google, eBay, and AirBNB, as well as Facebook, Netflix, and Uber.

A quick search on “data-driven decision-making” turns up another, somewhat surprising, real-world example: The Domino’s Pizza. A new article in Forbes notes it’s now possible to order a Domino’s pizza from Twitter, Facebook, a Pebble smart watch, Amazon’s Echo, or even from the dashboard entertainment system of many cars. It’s all part of a Domino’s program called “AnyWare.”

In fact, 55 percent of Domino’s customers are now placing their orders online — and each day 85,000 different data sources are sending information back to Domino’s. All the data is pooled, and enriched with more data from, among other places, the U.S. Postal Service, allowing the company to suggest better strategies to their local stores.

“We have the ability to not only look at a consumer as an individual and assess their buying patterns, but also look at the multiple consumers residing within a household, understand who is the dominant buyer, who reacts to our coupons, and, foremost, understand how they react to the channel that they’re coming to us on,” Djuric said.

The effectiveness of the strategy is summed up nicely by Cliff Miller, Domino’s data management lead, in the article. “[W]e always want to analyze all segments of our business, as we believe being a data driven company gives us a lot of competitive advantage,” he said. “We’ve definitely moved away from a time when we were just processing data on sales and operational metrics in our warehouse.”

It’s a scenario that’s echoed in the MIT report, which recommends watching carefully for threats to the platform where services are provided. Its other big recommendation is to “datafy” business activities and then measure their performance.

SHARE THIS STORY
RELATED STORIES
Boost Customer Engagement with Real-Time Data Processing Large Data Sets in Fine-Grained Parallel Streams with SQL How to Lower Your Company‘s AI Risk in 2023 Hybrid Data Collection from the IoT Edge with MQTT and Kafka Redis Data Types: The Basics
SHARE THIS STORY
RELATED STORIES
Presto: Data Analytics on an Open All-SQL Platform One Technology That Makes Renewable Energy More Efficient Boost Customer Engagement with Real-Time Data Enterprise Blockchain Is Doomed What Is a Column Database and When Should You Use One?
THE NEW STACK UPDATE A newsletter digest of the week’s most important stories & analyses.
The New stack does not sell your information or share it with unaffiliated third parties. By continuing, you agree to our Terms of Use and Privacy Policy.