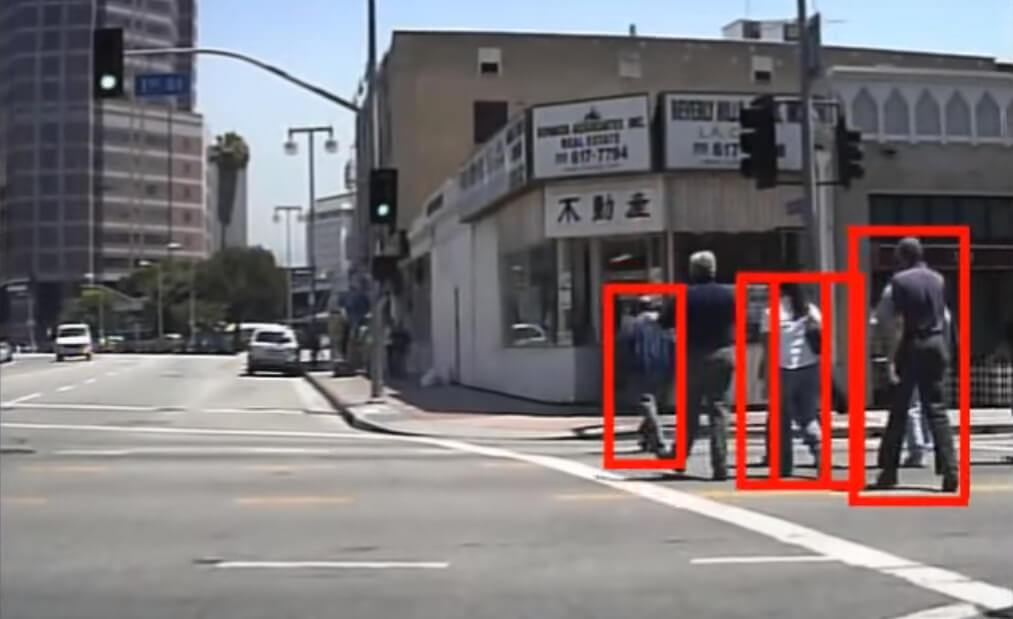 Autonomous cars use a variety of technologies like radar, lidar, odometry and computer vision to detect objects and people on the road, prompting it to adjust its trajectory accordingly. But these tools can drive up the cost of driverless cars, and still aren’t as effective as the human brain in visually distinguishing some objects from pedestrians.

To tackle this problem, electrical engineers from University of California, San Diego used powerful machine learning techniques in a recent experiment that incorporated so-called deep learning algorithms in a pedestrian-detection system that performs in near real-time, using visual data only.

“We’re aiming to build computer vision systems that will help computers better understand the world around them,” said Nuno Vasconcelos, an electrical engineering professor at the University of California San Diego who led the study, quoted in a story posted by UC San Diego’s Jacobs School of Engineering.

The findings, which were presented at the International Conference on Computer Vision in Santiago, Chile, are an improvement over current methods of pedestrian detection, which uses something called cascade detection. This traditional form of  classification architecture in computer vision takes a multi-stage approach that first breaks down an image into smaller image windows. These sub-images are then processed by whether they contain the presence of a pedestrian or not, using markers like shape and color.

While this method is relatively quick, the only problem is that this method isn’t very good at distinguishing between pedestrian images of different sizes and locations in relation to the camera, as millions of windows must be processed at varying speeds ranging from 5 to 30 frames per second. See a video of how pedestrian detection can work:

Another factor that complicates matters is when the cascade detection system encounters human-like objects in the final stages of the cascade process. Things like trees, which may have the shape and contour of a human pedestrian, are difficult to correctly distinguish, as the cascade doesn’t perform complex classification well. That’s because the method relies on something called “weak learners,” or simple classifiers that process the windows at each stage. Apparently, the weak learners used in all stages of the cascade are the same, meaning that it’s just not as efficient in the later, more complex stages of pedestrian detection.

So it’s here in the final stages of the cascade where deep learning comes to the rescue. Using deep learning algorithms, the machine learning model can be trained to recognize complex patterns, by feeding it thousands of examples. In developing their new, cascade architecture that implements deep learning models in addition to conventional classification methods, the research team was able to get their system to process at a near-realtime rate of between 2 to 4 image frames per second, while halving the error rate — a significant improvement over comparable designs.

But deep learning algorithms are too slow to be used during the earlier stages of cascade detection and are therefore a perfect fit for the later, more complicated parts of the process. So the team’s new approach combines different types of classifiers. Simple classifiers or “weak learners” are utilized in the earlier stages of the process, and complex, deep learning classifiers are employed in the following stages, resulting in a more effective solution.

“No previous algorithms have been capable of optimizing the trade-off between detection accuracy and speed for cascades with stages of such different complexities,” says Vasconcelos. “In fact, these are the first cascades to include stages of deep learning. The results we’re obtaining with this new algorithm are substantially better for real-time, accurate pedestrian detection.” 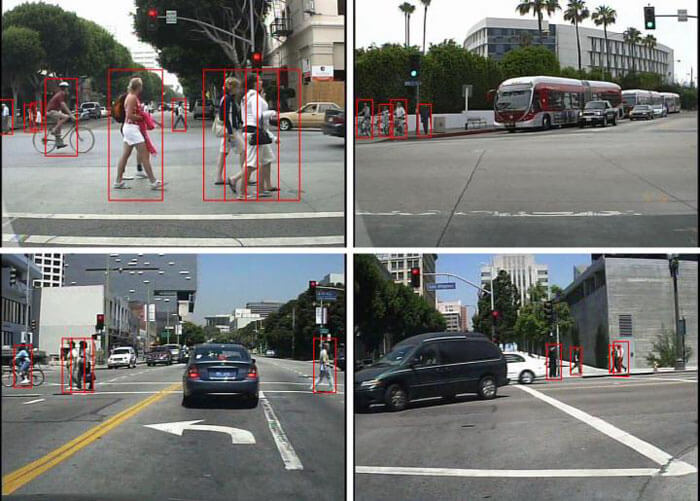 The system would be a boon to driverless cars, decreasing the cost while increasing safety and response times. Current collision-avoidance systems for existing cars would benefit greatly as well, in addition to improving computer vision systems used in robotics and image and video search.

Of course, there’s still room for further development: currently, the system only works for specific detection functions, like classifying pedestrians. But the scientists are hoping to expand it to include detection of various types of objects at the same time though it would mean boosting the computational power of future smart cars.

“One approach to this problem is to train, for example, five different detectors to recognize five different objects,” said Vasconcelos. “But we want to train just one detector to do this. Developing that algorithm is the next challenge.”

Read more over at University of California San Diego.

SHARE THIS STORY
RELATED STORIES
Generative AI: How Companies Are Using and Scaling AI Models Why Your Kubernetes Ship Is Sunk without Machine Learning AI, Machine Learning and the Future of Software Development Data, Analytics and AI: What Will Happen in 2023 Build a Churn Detection Train with AI Blueprints
SHARE THIS STORY
RELATED STORIES
2022 in Review: AI, IT Armies, and Poems about Food Op-Ed: The Rise of AI Content Generators Is an Affront to Creativity Hardware Independence Is Critical to Innovation in Machine Learning The Power and Ethical Dilemma of AI Image Generation Models Why 'Explainable AI' Can Benefit Business
THE NEW STACK UPDATE A newsletter digest of the week’s most important stories & analyses.
The New stack does not sell your information or share it with unaffiliated third parties. By continuing, you agree to our Terms of Use and Privacy Policy.