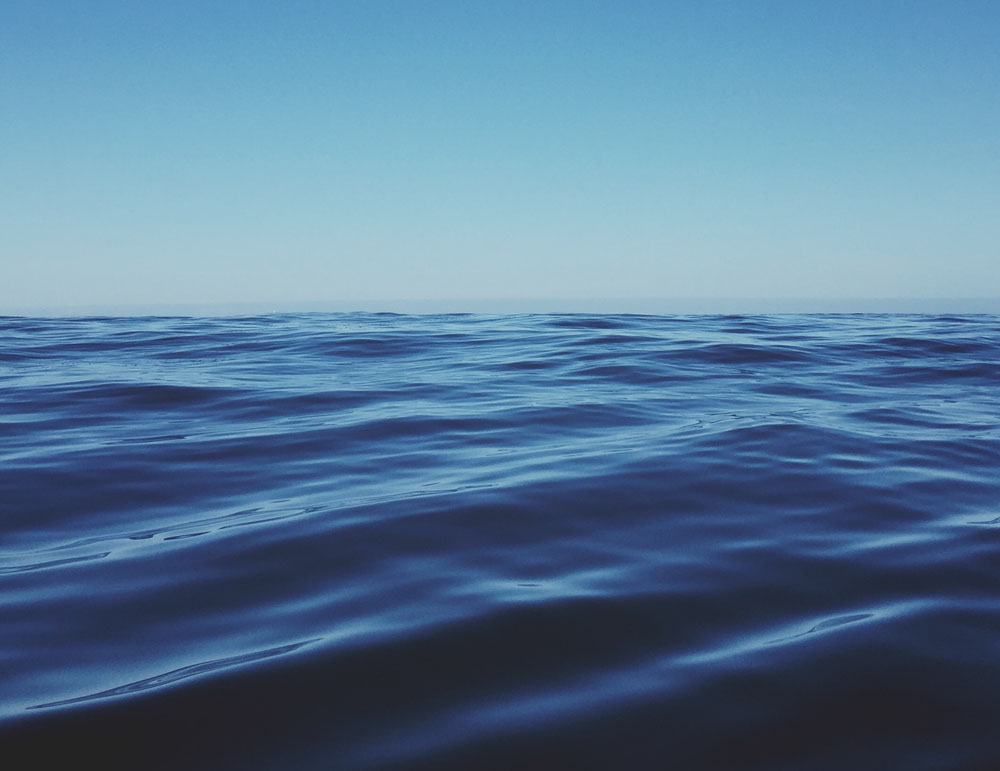 Whether it’s underpinning the apps on our smartphones or helping us navigate around safely in autonomous vehicles, artificial intelligence is slowly but surely integrating itself into our daily lives. Besides doing these useful (but admittedly mundane) things, AI is also helping experts push the boundaries of research in a broad range of fields, even going so far as to delving into previously published literature to come up with new discoveries.

Another area where AI is poised to make a great impact is in the field of quantum chemistry, where the principles and equations of quantum mechanics are used in studying molecules. In quantum chemistry, the properties of various molecules and the chemical reactions between them are explored in computational models that are based on quantum mechanical equations. As one might imagine, these simulations can be quite resource-intensive, requiring the use of supercomputers that aren’t easily accessible, and also possibly entailing months of compute time.

Aiming to set up a more broadly available alternative to supercomputers, a team of researchers from the University of Warwick, Technical University of Berlin, and the University of Luxembourg have developed a deep learning AI that is capable of solving complex quantum mechanical equations in order to predict molecular properties — while being run on a smartphone.

Dubbed “SchNet for Orbitals” (or SchNOrb for short), the team’s paper explains that this AI is an extension of a deep learning convolutional neural network known as SchNet, which models molecular quantum interactions. In the case of this latest work, SchNOrb features an additional improvement over its predecessors: it can predict what is called the quantum mechanical wave function, based on whatever quantum chemistry data is introduced, thus allowing it to anticipate how molecules might chemically react.

“We believe that this is a first proof-of-principle of something that can become game-changing in the near future,” said Reinhard Maurer, an assistant professor of computational chemistry the University of Warwick and one of the co-authors of the paper. “An AI that can predict the wave functions of molecules and materials with little computational effort will mean that we can study systems and problems that were previously inaccessible.” 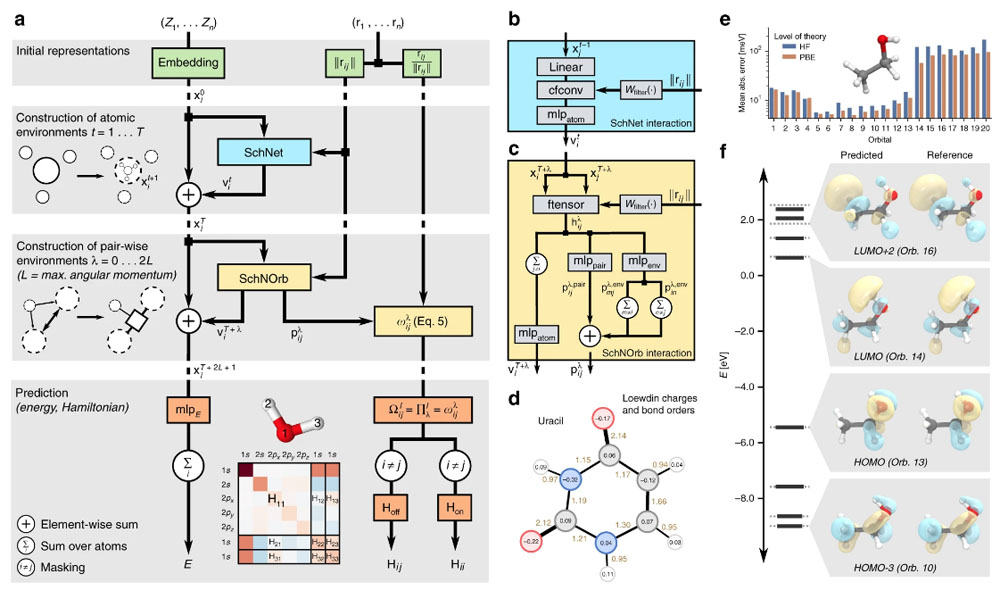 Diagram of the network architecture (a) and the predicted (solid black) and reference (dashed grey) orbital energies of an ethanol molecule (f).

One might ask, why would predicting quantum wave functions be important? Well, it’s significant because according to quantum physics, matter and light behave probabilistically both as particles and as waves, in contrast to ‘classical’ physics which describes the universe as being made up of particles of matter. In quantum physics, wave functions are useful because they are mathematical models (or representations) of the state of a given wave, thus allowing one to calculate a system’s future behavior, but only with a certain probability. Therefore, being able to accurately and easily model how a wave behaves can fast-track research and development in a wide range of applications.

As an example, AI could “simulate radiation damage in enzymes and DNA in realistic physiological environments,” explained Maurer. “We can directly predict the efficiency of solar cell materials upon sun exposure and rapidly screen for ideal new materials. The ability of an AI to backpropagate information also means that the AI can tell us which molecules best satisfy certain optical or electronic properties.”

The team’s work represents a three-year interdisciplinary effort between a diverse set of researchers, integrating the expertise of computer scientists with the knowledge of chemists and physicists to create an algorithm that was flexible enough to grasp the shape and behaviour of wave functions, but also powerful enough to process quantum chemical data in a manageable way.

“This work shows that reasonably simple machine learning models can parametrize (‘understand’) highly complex physical equations when provided with the calculation results of such equations,” added Maurer. “The field of quantum chemistry (and chemistry in general) has been totally revolutionized by AI and machine learning approaches. It appears that all our methods, algorithms and techniques have already been, or will over the next decade, be transformed to an extent that we won’t even discuss AI anymore. It will simply be a component of everything we do in our day-to-day research work.”

Read the team’s paper on Nature Communications, and access the code on GitHub.