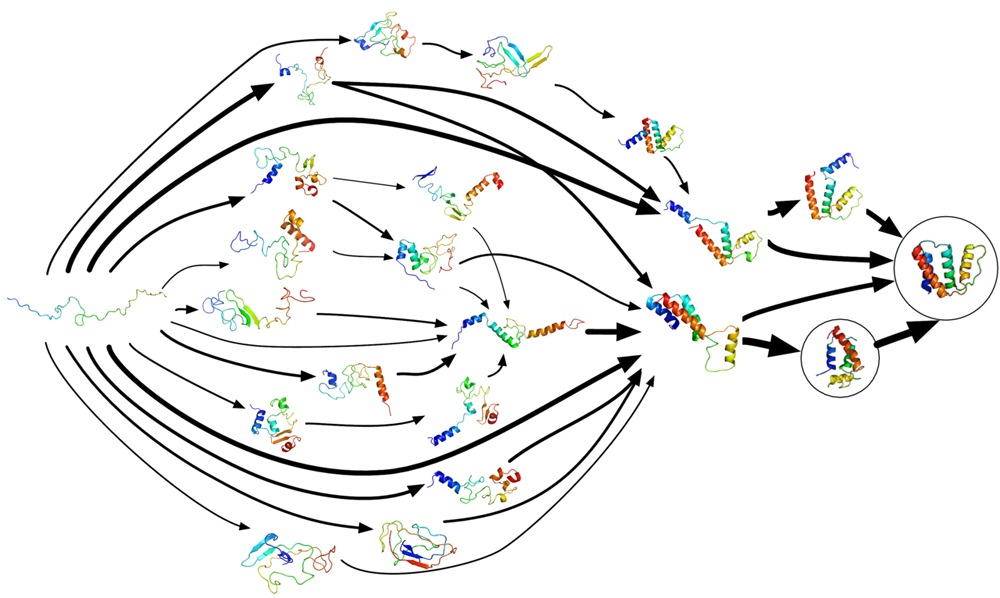 The possibilities seem almost endless as artificial intelligence continues to evolve: so far, it’s in the process of automating the manufacturing, finance and construction industries, and even making inroads into making art, literature and music. But perhaps the biggest leap forward will be in the field of medicine, where AI is already helping medical professionals with diagnosing disease, identifying dangerous drug interactions and even performing surgery more accurately.

And in a stunning win during the bi-annual Critical Assessment of Structure Prediction (CASP) competition, Google-affiliated AI research lab DeepMind showed that AI could potentially unlock one of the biggest mysteries of all: predicting how proteins fold themselves in three-dimensional space. Best known for creating AI programs capable of beating human champions of games like chess and go, DeepMind’s AlphaFold AI bested the other 97 entrants in correctly predicting how 25 out of 43 proteins would fold in three dimensions. In comparison, the second-place winner was only able to solve three out of 43 proteins.

While this achievement might not seem like much, this is actually hugely important because proteins are the building blocks of all forms of life. Thanks to information that is encoded in our genes, the human body is capable of making many thousands of different types of proteins, each governing a variety of functions that range from digestion, immune responses and muscle contraction. How a protein functions is determined by the way it folds, and the structure of this folding is in turn defined by what kinds of amino acids link up to create the protein itself. Diseases like Parkinson’s and Alzheimer’s may be caused in part by the mis-folding and malfunctioning of certain proteins. Not surprisingly, given that there are 21 amino acids and a variety of lengths and ways for them to combine, figuring out this so-called “protein-folding problem” presents a monumental task that can take scientists years and a lot of trial and error, as well as generous funding to untangle.

That’s why bringing in AI to help compute these complex interactions makes sense. In the case of AlphaFold, the team used deep neural networks that was trained on data from thousands of known protein folding configurations. This training data eventually allowed it to predict the three-dimensional structure of a new protein, as well as the distances between the amino acids and the angles of their chemical bonds — just by knowing the constituent amino acids. A separate neural network then uses the data from these distances to come up with a score that estimates how accurate a proposed structure might be. In addition, while AlphaFold took about two weeks to predict the structures of its first proteins, it is now able to compute results in a matter of hours. 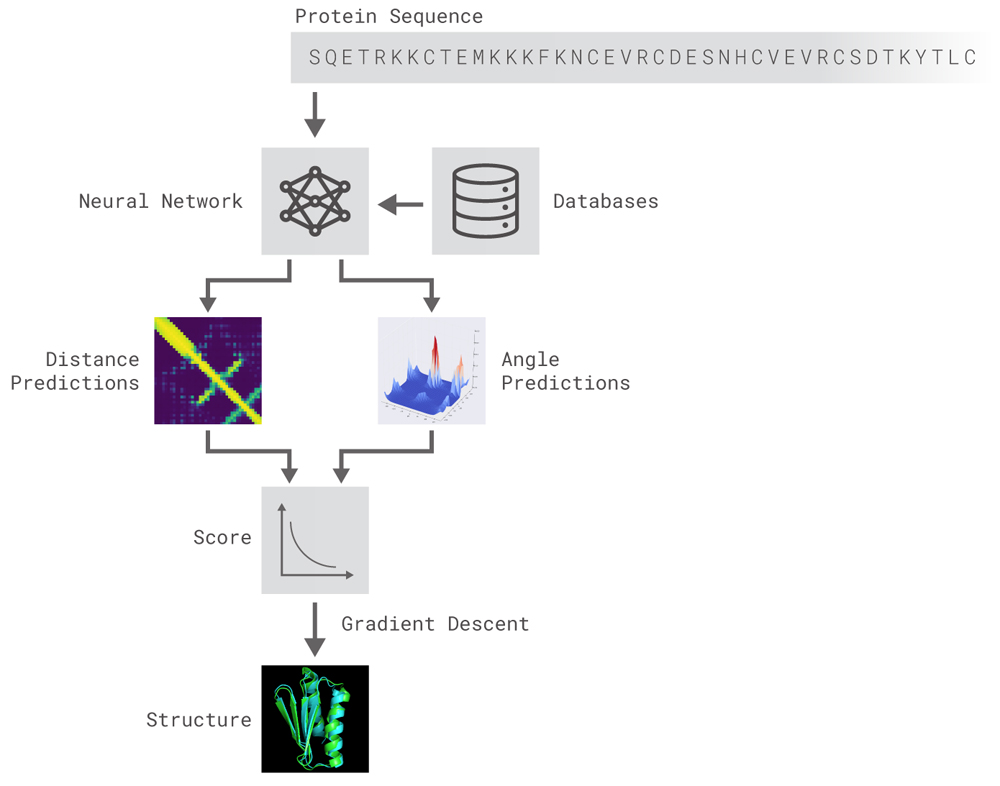 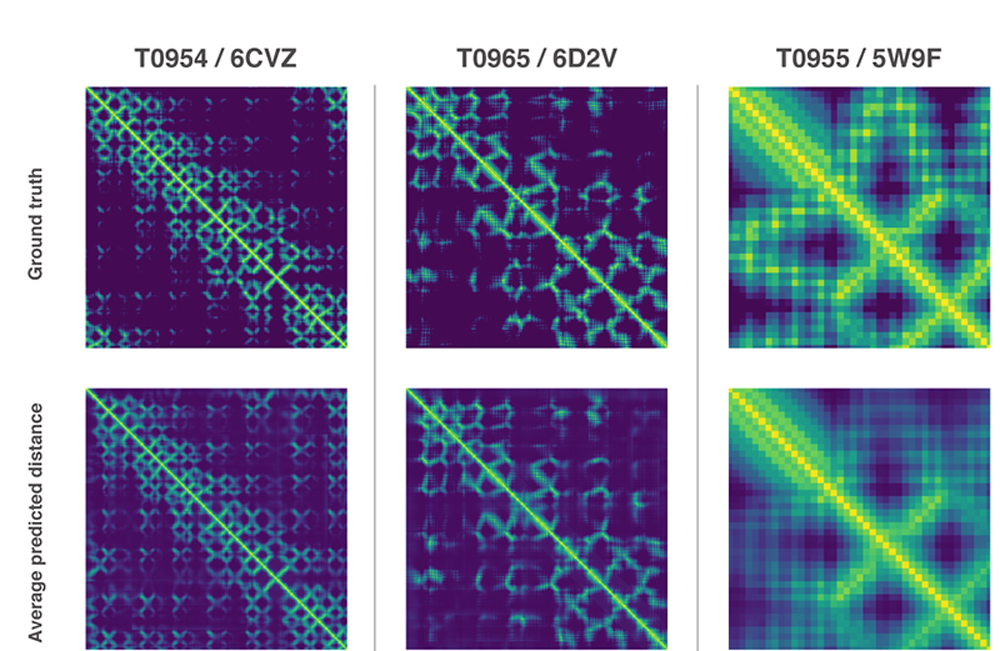 “Using these scoring functions, we were able to search the protein landscape to find structures that matched our predictions,” wrote the team in a blog post. “Our first method built on techniques commonly used in structural biology, and repeatedly replaced pieces of a protein structure with new protein fragments. We trained a generative neural network to invent new fragments, which were used to continually improve the score of the proposed protein structure.”

To refine their results further, the team employed yet another technique. “The second method optimized scores through gradient descent — a mathematical technique commonly used in machine learning for making small, incremental improvements — which resulted in highly accurate structures,” explained the team. “This technique was applied to entire protein chains rather than to pieces that must be folded separately before being assembled, reducing the complexity of the prediction process.”

Of course, AlphaFold’s unexpected win is understandably prompting a lot of self-searching discussion among experts. Nevertheless, there’s a lot to be said for using AI to solve some of our biggest scientific problems: besides having big implications for advancing the field of medicine, such technology may also have a big impact on helping to remediate our degraded environment. For instance, with this AI-aided approach scientists could potentially design chemical compounds that could break down pollutants like oil and plastics. For now, the team is working on a paper detailing their findings on during AlphaFold’s development, which will be published in the near future.

Read more over at DeepMind.

SHARE THIS STORY
RELATED STORIES
AWS Inf2: A 12-Chip System for Large-Scale ML Production Why Your Kubernetes Ship Is Sunk without Machine Learning AI21 Labs Bets on Accuracy, Develops Approach for Factual AI Why 'Explainable AI' Can Benefit Business Generative AI: How Companies Are Using and Scaling AI Models
SHARE THIS STORY
RELATED STORIES
2022 in Review: AI, IT Armies, and Poems about Food Op-Ed: The Rise of AI Content Generators Is an Affront to Creativity What Data Management Pros Expect to See in 2023 5 Ways ChatGPT Could Supercharge Chatbots How Ray, a Distributed AI Framework, Helps Power ChatGPT
THE NEW STACK UPDATE A newsletter digest of the week’s most important stories & analyses.
The New stack does not sell your information or share it with unaffiliated third parties. By continuing, you agree to our Terms of Use and Privacy Policy.