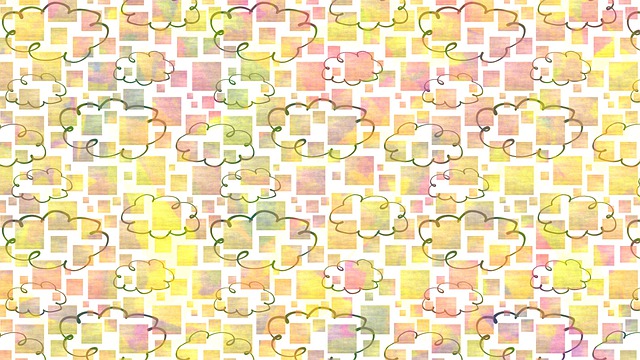 Dell Technologies is putting a greater focus on DevOps and developers as part of a larger expansion this week of its Apex as-a-service portfolio aimed at delivering greater multicloud capabilities for managing and protecting data.

The rapid growth of the multicloud environment has created challenges for enterprises, including managing, securing and accessing data when they are leveraging multiple public clouds, which can lead to more data silos and higher costs. At the same time, developers find themselves inundated with myriad programming tools and manual tasks that take time away from actually writing code.

“We all understand it’s a multicloud world,” Caitlin Gordon, vice president of product management at Dell, told The New Stack. “This is our reality. … One pocket that doesn’t get talked about is developers, [which is] obviously a huge piece of any cloud strategy conversation. What we find — and we see this internally — is developers without the right structure can’t be as productive and can’t have the velocity they need. If your developers don’t have velocity, your entire digital transformation and business transformation initiative can be unfortunately held back at best.”

Embracing multicloud environments is a central part of many such digital transformation efforts. According to a Forrester Research report commissioned by Dell, 83 percent of organizations have either adopted or plan to adopt such an approach within the next 12 months. That dovetails with findings in similar reports. RightScale’s 2021 State of the Cloud report found that 92% of survey respondents said they have a multicloud strategy; 80% said they were taking a hybrid cloud approach.

The trend toward multicloud has created complexity for developers, who are spending only about 16% of their time writing code, Gordon said. A key problem is that there is no single automated pipeline for them to use with a distinct set of tools and services that enable them to go through the entire DevOps cycle.

“What they’re spending their time on if they don’t have that is the manual tasks,” she said. “They’re looking for the services and figuring it out and even a process as simple as finding a bug and having to rewrite the code. If you have to do that manually, that takes extra cycles to go into this site and find it and go into that. It’s really that manual task. These are not cheap resources.”

A Plethora of Choices

In multicloud worlds, enterprises are challenged to make “sense of the, unfortunately, over-plethora of choice that they have of tools and services for their developers and being able to simplify that environment,” Gordon said.

Dell already has a range of developer-focused offerings, and this week is expanding those. The vendor offers DevOps-ready platforms, which already can be found on Microsoft Azure Stack HCI, VMware’s Tanzu Kubernetes portfolio and Dell’s VxRail hyperconverged infrastructure (HCI). Dell also is partnering with Red Hat and its OpenShift technology, Gordon said.

In addition, Dell is now supporting SUSE Rancher 2.6 on VxRail to provide full lifecycle management support for clusters running in Microsoft’s Azure Kubernetes Services (AKS), Google Kubernetes Engine (GKE) and EKS Anywhere, which will enable organizations to mix and match container solutions in any of those environments.

“With the flexibility to run multiple container platforms on a single Dell DevOps-ready platform that automates cluster management, customers can achieve seamless connectivity to public clouds and finally realize how easy adoption of multicloud container orchestration deployments can be within the parameters of IT processes and governance,” Itzik Reich, vice president of technologists at Dell, wrote in a blog post.

A One-Stop Shop for Developer Tools

Gordon also said Dell is making its portfolio of APIs and automation frameworks more accessible to developers. Dell is offering its Developer Portal as a single place for developers, DevOps engineers, site reliability engineers and others to automate infrastructure deployment and management. It also will include all of Dell’s APIs, documentation and tutorials “to enable not just that the technology exists, but that you have a single place that you know you can go and be able to build this infrastructure as code with our support,” she said.

“We’ve been in this game for a number of years and haven’t talked about it as much,” Gordon said. “Now we’re talking about it more and investing more and our customers are really asking for more from us here. When we look at DevOps and we look at developers, what it’s really about for us is how do we enable our core customers’ IT departments to truly become ITOps to support their developers?”

On the storage side, Dell is aiming to make data management easier in multicloud environments. The vendor in late 2020 unveiled Apex, its initiative to essentially start offering its entire portfolio as a service. It’s part of a larger trend in the IT industry where established vendors are pushing to give organizations a cloud-like feel to their on-premises environments — more on-demand capabilities and pay-as-you-go consumption models — and to extend their reach from on-premises data centers into the cloud.

Hewlett Packard Enterprise is doing something similar with its GreenLake effort, as is Lenovo (with TruScale), Cisco Systems (Cisco+) and Pure Storage (Pure as-a-Service). It’s a growing space, with Statista analysts predicting that global revenue in the infrastructure-as-a-service market will jump from $87.1 billion last year to more than $265.5 billion in 2026.

Dell is rolling out Apex Multi-Cloud Data Services, in which it will provide, block, file and object storage services and data protection services with simultaneous access to all major clouds. It’s a fully managed service that is adjacent to public clouds and deployed from data center provider partners like Equinix via low-latency connectivity.

With the service, enterprises can choose what type of Dell storage service they want, how much bandwidth to pay for and the public clouds they want to connect to in any combination at the same time.

“You want to be able to have data kept in one place, but you want to leverage different public cloud services,” she said. “I may want to use analytics in Google Cloud and I might want to use AWS for something else. Instead of having to have data in two places, you can have that data in one place directly connected to both clouds at the same time.”

In addition, Dell is offering Apex Backup Services that deliver simplified data protection along with centralized monitoring and management for software-as-a-service (SaaS) applications, endpoints and hybrid workloads. It scales on-demand and protects against cyberattacks with instant detection, rapid response and accelerated recovery.

Dell also unveiled Project Alpine, an extension of the storage portfolio that will make Dell’s block and files storage software platforms available in public clouds, enabling enterprises to buy the software as a managed service using existing cloud credits, which give enterprises a consistent storage environment on-premises and in the cloud, enabling them to share data across those environments and lower the overall cost.

Jeffrey Burt has been a journalist for more than three decades, the last 20-plus years covering technology. During more than 16 years with eWEEK and in the years since as a freelance tech journalist, he has covered everything from data...
Read more from Jeffrey Burt
SHARE THIS STORY
RELATED STORIES
Platform Engineering Won’t Kill the DevOps Star Kubernetes App Deployment from the Command Line Data, Analytics and AI: What Will Happen in 2023 Swarm, a User-Friendly Alternative to Kubernetes Kubernetes Needs to Take a Lesson from Portainer on Ease-of-Use
Dell Technologies is a sponsor of The New Stack.
TNS owner Insight Partners is an investor in: The New Stack.
SHARE THIS STORY
RELATED STORIES
Choosing the Right Container Native Storage for AWS Public Cloud How Capital One Performs Chaos Engineering in Production Platform Engineering Won’t Kill the DevOps Star Data, Analytics and AI: What Will Happen in 2023 Entrepreneurship for Engineers: Building for Customers’ Love
THE NEW STACK UPDATE A newsletter digest of the week’s most important stories & analyses.
The New stack does not sell your information or share it with unaffiliated third parties. By continuing, you agree to our Terms of Use and Privacy Policy.