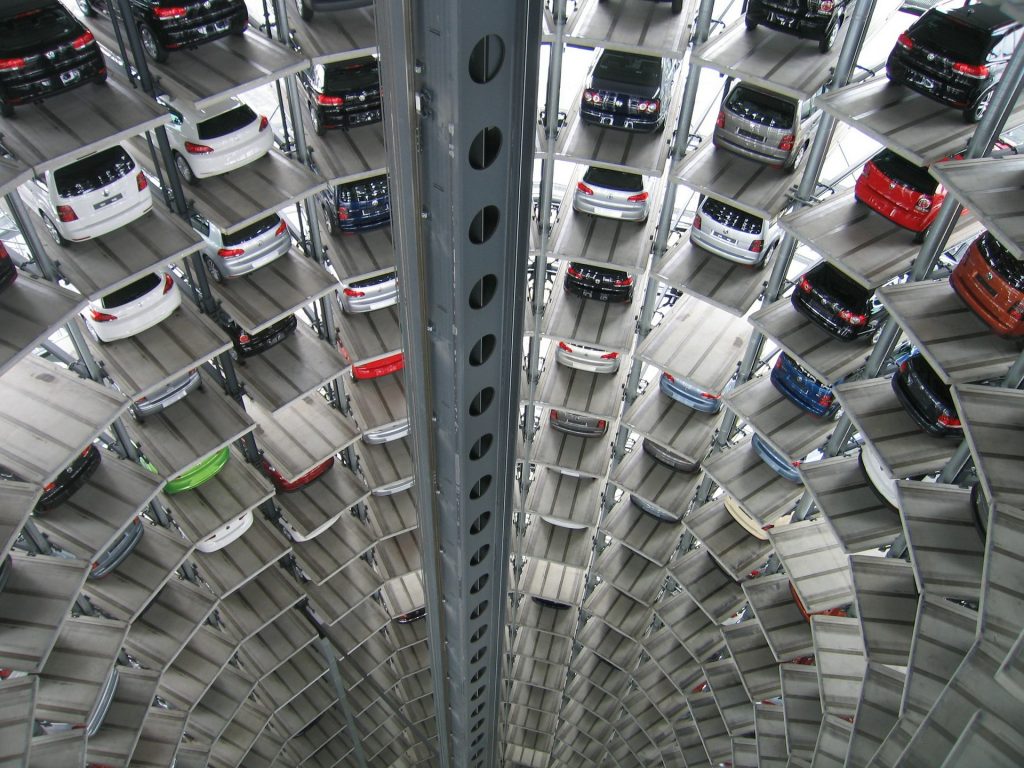 The {code} by Dell EMC team enables different orchestration platforms to consume storage from different sources on the back end. ScaleIO is available as a free download.

In his presentation, vonThenen pointed out a feature in Mesos called Frameworks, which allow you to schedule a task based on your specific application’s needs. Combining the offer-accept model in Mesos and software-based storage enables deployment of managed tasks while maintaining high availability, scale-out growth and automation.

Mesos Frameworks consists of a scheduler and an executor. The scheduler can accept and deny resources. That task then gets deployed as a container, which is the executor. The framework is tightly coupled to the application, and can enable things such as health checks and monitoring beyond just configuring and deploying applications.

ScaleIO, released in September 2016 is on version 0.3.1. It’s scale-out block storage. It’s all software: You install RPMs, you install debs on however many nodes you choose. You can do it in a hyper-converged configuration or a two-tier configuration, he explained.

As you add nodes, because it’s all software-based, the metadata manager automatically knows that it needs to rebalance the data. If you take nodes out for maintenance or hardware failure, any data that was on that node will automatically be rebalanced.

“All the maintenance operations are completely taken care of for you,” he explained, adding that you don’t have to even think about all the operational tasks associated with node failure because they’re completed automatically.

It also has an elastic architecture. If you need more IOPs, you can add nodes. Rather than one controller like in a traditional array, as a consumer of a volume from ScaleIO, it will stripe the data from end nodes all at once.

Rancher has a competing product, he pointed out, adding that the functions he described could be done on any software-based platform.

If you had a Mesos highly available three-node cluster, and various pieces of compute underneath, when you deploy the framework, it will imprint every agent node with the ability to provision and consume storage from the software-based storage platform.

If it’s imprinted on every agent node, you can provision storage from one and also have that storage in case of failover on another piece of compute. You could reattach that volume to another node so you have all the data. That’s high availability for containers.

Because everything’s software-based — in this case, ScaleIO, where all the operations tasks are handled for you and it can scale linearly — you don’t have the operational complexity of having a storage array where you have to worry about failed disks and other problems.

If you have a hardware failure, bring the node out. It will automatically rebalance. Then you fix the node and introduce it back in. Because it’s all RPM- and deb-based, you can deploy this anywhere. Because ScaleIO is designed to run on bare metal, he said, it will run on VMs or any public cloud, including Azure because it supports Windows.

Though containers originally were stateless, he pointed out that 10 out of 20 of the most popular containers on Docker Hub are stateful, including Postgres, MongoDB, Elasticsearch, and others.

Traditionally, if you’ve spun up Postgres, you write data within the container. Yet if Postgres goes down, you’ve lost your database.

The orchestrators — Docker Swarm, Kubernetes, Mesos — realized that you’re running this container on a particular piece of compute, vonThenen said. There’s usually a direct-attached disk to that compute.

“So let’s just reroute the data so when we’re writing to our Postgres database, we write to a local disk instead of within the container itself, so when you bring the container down, then bring it back up, it can reattach a local disk mount to your container and have all your data. That means you’re writing all your data to local disk,” he said. But what if you have a hard-drive failure or the motherboard on that system goes out? Because it’s all local to that piece of compute, you’ve lost all your data.

“What we’ve learned, going way back, is if you want that data to be highly available, it needs to live on some piece of external storage,” he said

ScaleIO and VMware’s vSAN basically do the same thing: They take your direct-attached disks, contribute them to a global pool. The data is striped across that global pool. You provision storage or volumes out of that pool or can move volumes from one node to the next. Even though you’re using local aggregated disks, because it’s accessible from every node, it looks like external storage even though it’s using local storage as a back end to your storage platform.

As to where this is going, he said: “If we have a framework that configures and deploys an application and APIs to monitor and manage the application, we should, through this framework, be able to do health and remediation on the storage platform.”

Using a software-based storage platform with a cloud platform driven by APIs, applications should be able to do things like auto-scale instances, dial in IOPs for disk and provision new hard drives.

In his demo, he showed how he could roll out software-based storage on all the nodes and add data to make that storage platform look like it’s 98 percent full, typically a nightmare scenario. But because the software-based storage framework does the auto-balancing, the framework itself can add new disks, provision more storage to expand the capacity of the storage pool so it’s not full anymore.

Susan Hall is the Sponsor Editor for The New Stack. Her job is to help sponsors attain the widest readership possible for their contributed content. She has written for The New Stack since its early days, as well as sites...
Read more from Susan Hall
SHARE THIS STORY
RELATED STORIES
.NET 7 Simplifies Route from Code to Cloud for Developers WebAssembly Needs Schedulers, and Kubernetes Doesn't Quite Fit the Bill 3 Container Practices to Boost Your Security Posture Connect to Remote Docker Machines with Docker Context Container Security: A Troubling Tale, but Hope on the Horizon
TNS owner Insight Partners is an investor in: Docker.
SHARE THIS STORY
RELATED STORIES
Can Observability Platforms Prevail over Legacy APM? Swarm, a User-Friendly Alternative to Kubernetes WebAssembly vs. Kubernetes WebAssembly Needs Schedulers, and Kubernetes Doesn't Quite Fit the Bill How to Implement a Security Scanner for Docker Images
THE NEW STACK UPDATE A newsletter digest of the week’s most important stories & analyses.
The New stack does not sell your information or share it with unaffiliated third parties. By continuing, you agree to our Terms of Use and Privacy Policy.