Ryan Dahl, co-founder and creator of Deno and Node.js, shares his startup story and how rethinking how he developed Node got people pretty interested in it.
Sep 27th, 2022 1:52pm by Alex Williams 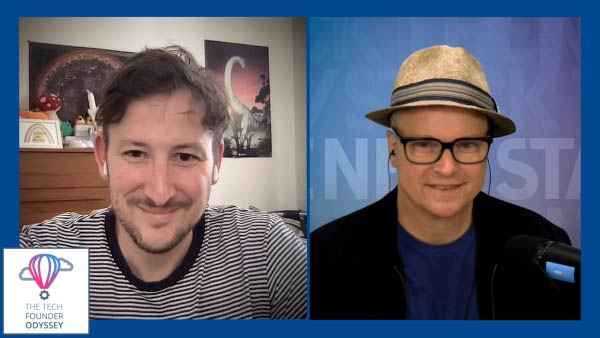 Ryan Dahl is the co-founder and creator of Deno, a runtime for JavaScript, TypeScript, and WebAssembly based on the V8 JavaScript engine and the Rust programming language. He is also the creator of Node.js.

“Yeah, so we have a JavaScript runtime,” Dahl said. “It’s pretty similar in, in essence, to Node. It executes some JavaScript, but it’s much more modern. ”

The Deno project started four years ago, Dahl said. He recounted how writing code helped him rethink how he developed Node. Dahl wrote a demo of a modern, server-side JavaScript runtime. He didn’t think it would go anywhere, but sure enough, it did. People got pretty interested in it.

Deno has “many, many” components, which serve as its foundation. It’s written in Rust and C++ with a different type of event loop library. Deno has non-blocking IO as does Node.

Dahl has built his work on the use of asynchronous technologies. The belief system carries over into how he manages the company. Dahl is an asynchronous guy and runs his company in such a fashion.

As an engineer, Dahl learned that he does not like to be interrupted by meetings. The work should be as asynchronous as possible to avoid interruptions.

Deno, the company, started during the pandemic, Dahl said. Everyone is remote. They pair program a lot and focus on short, productive conversations. That’s an excellent way to socialize and look deeper into problems.

How is it for Dahl to go from programming to CEO?

“I’d say it’s relatively challenging,” Dahl said. I like programming a lot. Ideally, I would spend most of my time in an editor solving programming problems. That’s not really what the job of being a CEO is.”

Dahl said there’s a lot more communication as the CEO operates on a larger scale. Engineering teams need management to ensure they work together effectively, deliver features and solve problems for developers.

Overall, Dahl takes it one day at a time. He has no fundamental theory of management. He’s just trying to solve problems as they come.

“I mean, my claim to fame is like bringing asynchronous sockets to the mainstream with nonblocking IO and stuff. So, you know, asynchronous is deeply embedded and what I’m thinking about. When it comes to company organization, asynchronous means that we have rotating meeting schedules to adapt to people in different time zones. We do a lot of meeting recordings. So if you can’t make it for whatever reason, you’re not in the right time zone, you’re, you know, you’re, picking up your kids, whatever. You can go back and watch the recording. So we basically record every meeting, we try to keep the meeting short. I think that’s important because nobody wants to watch hours and hours of videos. And we use, we use chats a lot. And chat and email are forms of asynchronous communication where you don’t need to kind of meet with people one on one. And yeah, I guess… the other aspect of that is just keeping meetings to a minimum. Like there’s… a few situations where you really need to get everybody in the room. I mean, there are certainly times when you need to do that. But I tried to avoid that as much as possible, because I think that really disrupts the flow of a lot of people working.”

Alex Williams is founder and editor in chief of The New Stack. He's a longtime technology journalist who did stints at TechCrunch, SiliconAngle and what is now known as ReadWrite. Alex has been a journalist since the late 1980s, starting...
Read more from Alex Williams
SHARE THIS STORY
RELATED STORIES
4 Ways Quotas Protect Your Organization from Observability Data Explosions Snack Stack: If Programming Languages Were Desserts ... How Web Tech Got This Way and How It May Evolve in the Future SAP Builds a Low-Code Platform on K8s and Cloud Functions How Paylocity Scaled Up Community in the Cloud with MongoDB
TNS owner Insight Partners is an investor in: The New Stack, Deno.
SHARE THIS STORY
RELATED STORIES
Red Hat Helps Make Kubernetes Security More Accessible Oxeye Finds Bad Spotify Backstage JavaScript Vulnerability Kubernetes 101: Install Kubernetes on Rocky Linux Log4Shell Lives! Pre-Labeled Datasets Are Key to Building High-Quality ML Models
THE NEW STACK UPDATE A newsletter digest of the week’s most important stories & analyses.
The New stack does not sell your information or share it with unaffiliated third parties. By continuing, you agree to our Terms of Use and Privacy Policy.