I want to walk you through the process of deploying a Kubernetes cluster using Multipass. I'll be demonstrating on System76's very own Pop!_OS, an OS tweaked for science work built upon Ubuntu.
Jul 15th, 2020 9:00am by Jack Wallen 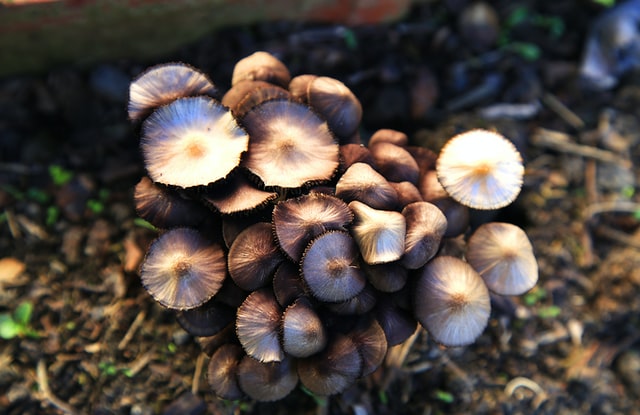 Canonical’s Multipass is an incredibly easy tool for the deploying of virtual machines. It’s quite unlike VirtualBox or VMware, in that it’s a command-line only tool and you’re limited to spinning up only Ubuntu-based images as virtual machines. However, what it lacks in flexibility, it makes up for in ease of use.

With this tool, you can deploy a Kubernetes cluster to make your development process a bit easier. You certainly won’t be using Multipass as a production environment, but for anyone that prefers development on a single machine, you cannot beat this platform.

I want to walk you through the process of deploying a Kubernetes cluster using Multipass. I’ll be demonstrating on System76’s very own Pop!_OS, an OS tweaked for science work built upon Ubuntu. If Pop!_OS isn’t your jam, you can install Multipass on any Linux distribution that supports snap packages. You can also install Multipass on macOS and Windows, by downloading either the .exe or .pkg files from the Multipass downloads page. Once you have Multipass installed, the instructions for usage will be similar, regardless of platform.

Before we install Multipass, let’s make sure to update and upgrade our system (for good measure). To do this, log in, open a terminal window, and issue the following two commands:

Do remember, if the kernel gets upgraded, you’ll need to reboot the system, in order for the changes to take effect. So, if this is a production machine, you’ll want to run the upgrade at a time when a reboot is feasible.

With the update/upgrade out of the way, let’s install Multipass. To do this, we’ll use the snap command like so:

When the command completes, Multipass is installed and ready to deploy your first virtual machine.

We’re going to launch three virtual machines for our Kubernetes cluster. I’m going to launch some bare minimum VMs, but you can bump up the specs as you see fit. My VMs will each have a unique name, 2 CPUs, 1024MB of memory, and 10GB of storage. Remember, you can alter that configuration as needed.

The first VM will be the Kubernetes controller. To launch this, the command would be:

Depending on your network connection (and the speed of your hosting machine), this will take anywhere between 1-5 minutes.

Next, we’ll launch our first node with the command:

Finally, we’ll launch our second node with the command:

To verify that the virtual machines successfully launched, issue the command:

You should see all three VMs in place (Figure 1).

Figure 1: Our virtual machines are ready for Kubernetes.

Now we can install Docker with the command:

Start and enable the Docker service with the commands:

Now, add the current user to the docker group with the command:

Make the system aware of the new group addition with the command:

Finally, we can install all of the necessary Kubernetes tools with the command:

Open a second terminal window and issue the command:

Take note of the IP addresses assigned to the virtual machines.

Back at the k3s-controller, issue the command:

In that file, add the following:

Make sure to adjust the IP addresses according to your multipass list command output.

Turn off swap with the command:

Now it’s time to deploy Kubernetes on the controller with the command:

Again, make sure to adjust the IP address above to that of your k3s-controller.

This could take some time. While it finishes, gain access to node1 and node2 and install both Docker and Kubernetes in the same fashion you did with the controller. Also, make sure to edit the /etc/hosts files on both machines as well.

Once you’ve taken care of the nodes, go back to the controller and you should see the kubeadm join command, which should look like:

Connect node1 with the kubernetes join command. Once that’s taken care of, exit out of node1 and access node2 with the command:

Once inside node2, run the kubernetes join command as you did in node1. When that completes, exit out of node2 with the exit command.

Once inside, the first thing to do is to create a directory for the cluster with the command:

Next, copy the config file into this directory with the command:

Change the config file’s permissions with the command:

Finally, deploy a pod network to the cluster with the command:

Checking the Status of Your Cluster

At this point, both our nodes have joined the cluster. But how do we know for sure? On the controller, issue the command:

You should see both nodes have joined the cluster and are listed as Ready (Figure 2).

Figure 2: Our nodes have joined our Kubernetes cluster.

And there you have it, your Multipass-deployed Kubernetes cluster is ready for you to start developing.

SHARE THIS STORY
RELATED STORIES
What Is the Docker .env File and How Do You Use It? MicroK8s and Portainer Is The Easiest Way to Deploy an Application on Kubernetes Rethinking Java @Scheduled Tasks in Kubernetes Kubernetes for Windows PromCon 2022: Why Prometheus Had to Change
TNS owner Insight Partners is an investor in: The New Stack, Docker.
SHARE THIS STORY
RELATED STORIES
Kubernetes for Windows Kubernetes 101: Deploy Portainer to a MicroK8s Cluster DevPod: Uber's MonoRepo-Based Remote Development Platform Why Your Kubernetes Ship Is Sunk without Machine Learning Kubernetes App Deployment from the Command Line
THE NEW STACK UPDATE A newsletter digest of the week’s most important stories & analyses.
The New stack does not sell your information or share it with unaffiliated third parties. By continuing, you agree to our Terms of Use and Privacy Policy.