a highly available MongoDB instance runs within the default namespace of the GKE cluster. The stateless web application deployed as a Cloud Run service discovers and uses the existing MongoDB instance.
May 10th, 2019 3:00am by Janakiram MSV 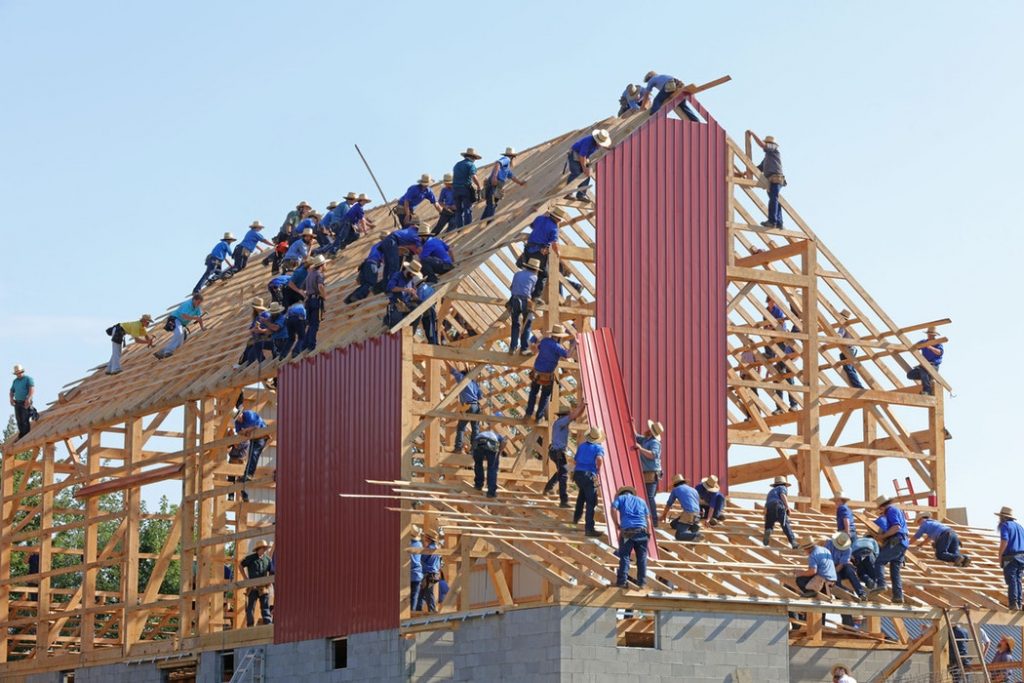 This is the final part of the series on Google Cloud Run. In this tutorial, we will explore how to deploy a Cloud Run service that interacts with existing services already deployed on a Google Kubernetes Engine (GKE) cluster.

When the Cloud Run service targets an existing GKE cluster, it is treated like a classic Kubernetes deployment that can talk to internal services exposed through a ClusterIP.

Below is a detailed walkthrough of this scenario:

Let’s start by configuring the tools and the environment. Set the PROJECT_ID variable to your GCP project.

At the end of this step, we have a GKE cluster enabled for Istio and Cloud Run.

We will use Portworx storage engine to bring high availability to our MongoDB deployment. For a detailed step-by-step guide on configuring Portworx, refer to one of my past tutorials.

Run the below command to deploy the trial version of Portworx storage cluster.

The below screenshot confirms that Portworx is successfully deployed and ready to run stateful workloads.

Taking advantage of dynamic provisioning, we will create a persistent volume control (PVC) based on the above storage class.

Now, we are ready to deploy the MongoDB pod.

Since the pod is backed by a replicated Portworx volume, deleting and recreating the pod wouldn’t impact the data. Based on Storage Orchestration for Kubernetes (STORK), Portworx ensures that the pod is placed on a node with the volume that contains the data.

Finally, it’s time to expose the pod internally through a ClusterIP. Create the below service with the name db. 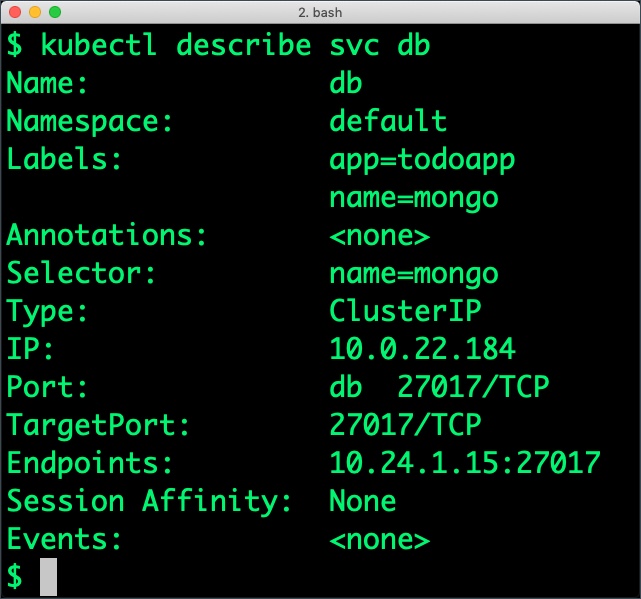 Step 4: Deploying the Web App as a Cloud Run Service

Since Cloud Run can only deploy containers with images stored in Google Container Registry (GCR), we need to push the image to GCR.

You can either build the image from the scratch or pull it from Docker Hub, tag it, and push it to GCR.

With the container image in place, we are now ready to deploy it as a Cloud Run service. Since the app is coded to find MongoDB by hostname db, we don’t need to change anything. It “automagically” gets wired to the MongoDB ClusterIP service exposed as db.

Instead of CLI, we will use GCP console to deploy the service. This will help us understand all the options involved. 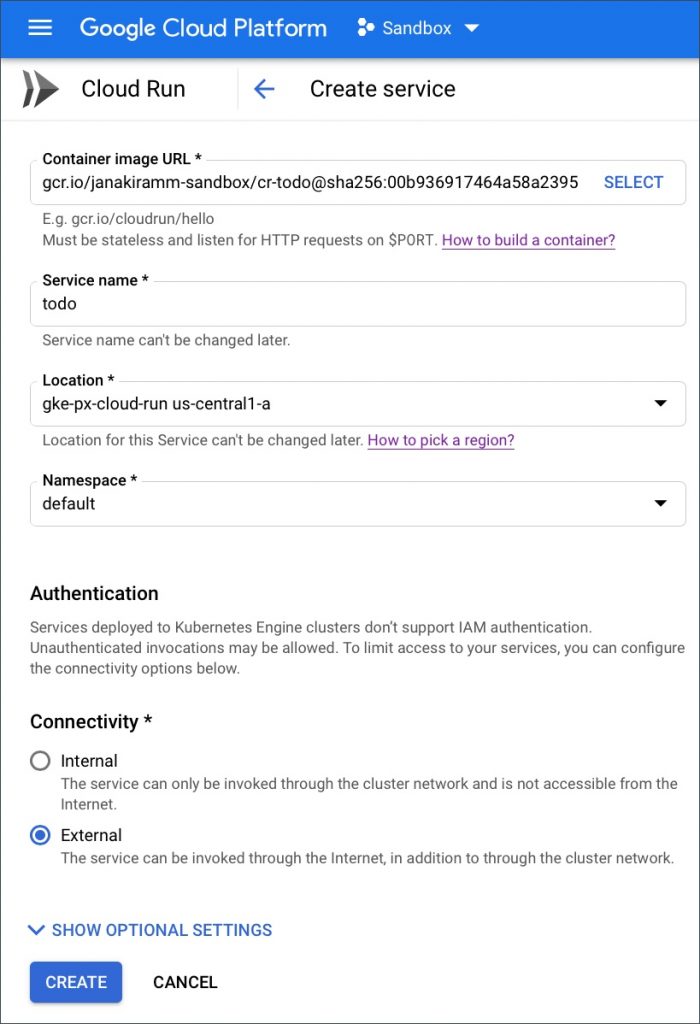 We chose the GKE cluster from the location dropdown.

The green tick mark confirms that the service is healthy and accessible.

Accessing the web application is not as straightforward as the Kubernetes service. We need to first get the Istio Ingress Gateway IP address and then modify the host header to see the frontend in the browser.

The below screenshot shows that the IP address of Istio Ingress Gateway as 35.226.12.138. Before we can hit this URL, we also need to modify the HTTP header to reflect the hostname todo.default.example.com. 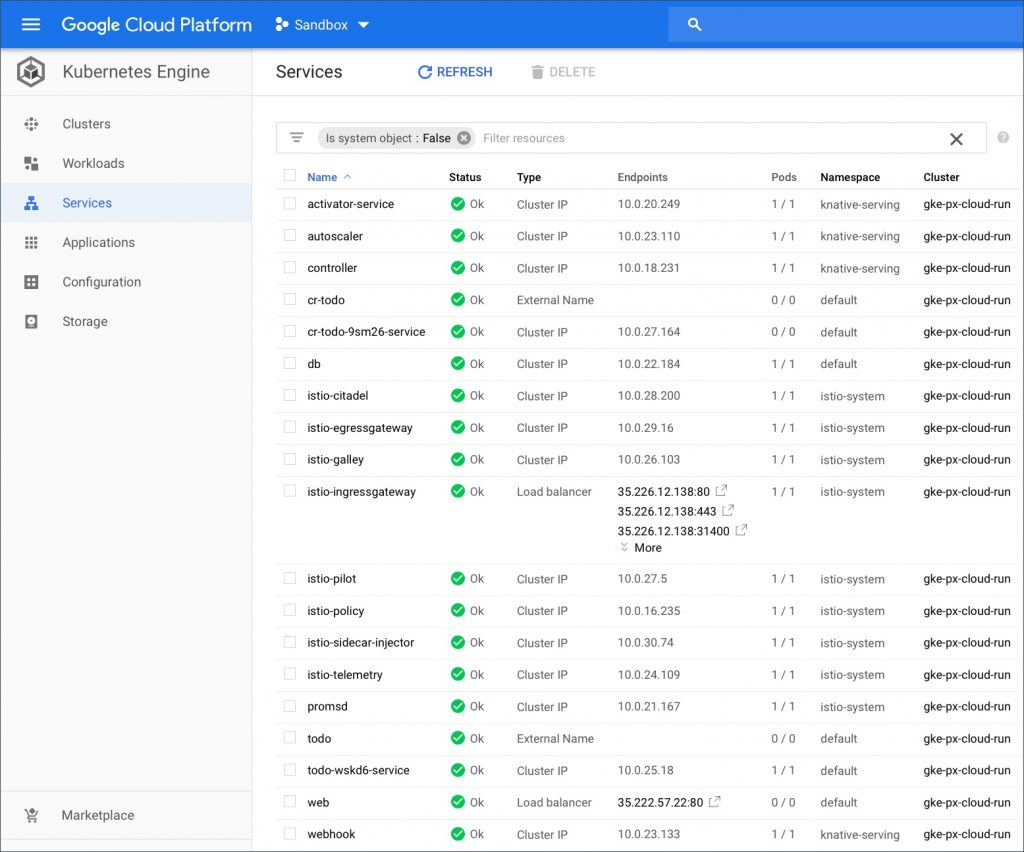 We will use a Chrome extension, ModHeader, to manipulate the headers. Add a new header as per the below screenshot: 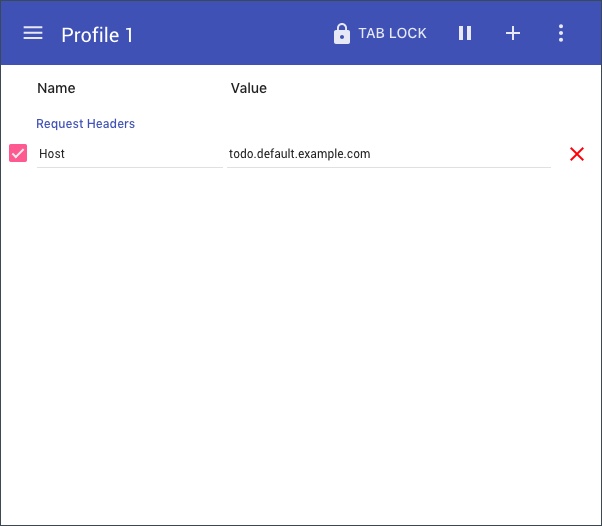 Now you can enter the Ingress IP address to see the web page. 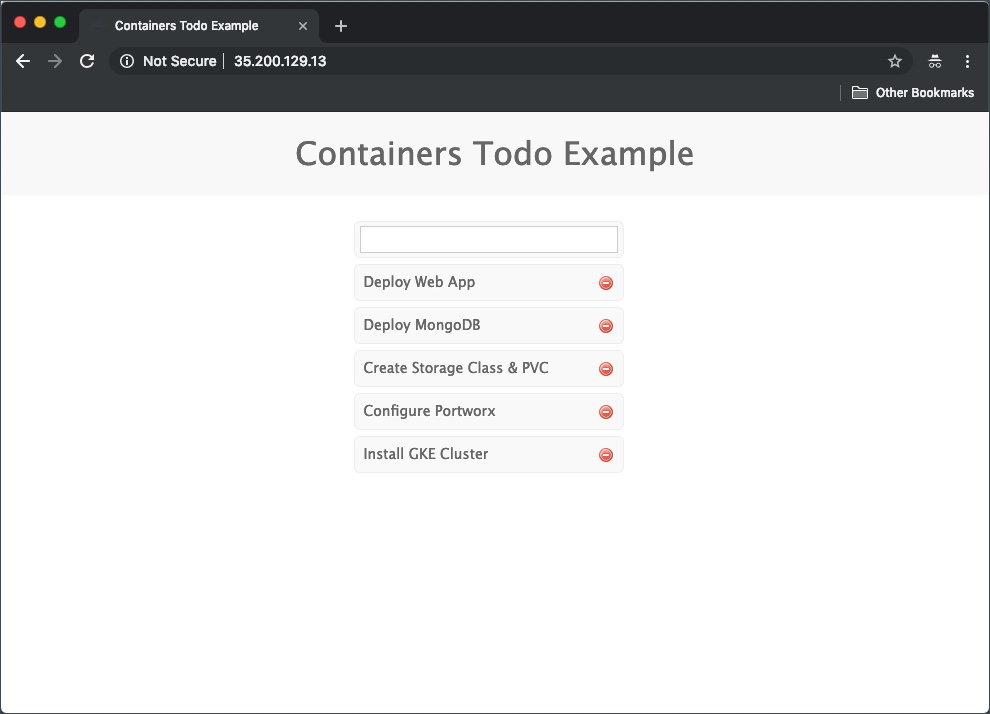 Unlike Kubernetes, Cloud Run doesn’t keep the service running forever. The pods associated with Cloud Run service come up only when there is a request and automatically shut down after an idle timeout period.

As soon as we hit the address through the browser, Cloud Run instantiates the pod.

Behind the scenes, the lifecycle of the deployment is handled by Knative Serving.

SHARE THIS STORY
RELATED STORIES
Multicloud vs. Hybrid Cloud: Key Comparisons and Differences Google Makes Postgres-Compatible AlloyDB Generally Available Qlik Plans to Acquire Talend. Is it a Data Management Double-Dip? Data, Analytics and AI: What Will Happen in 2023 AWS Code Catalyst: A 'Low-Code' Approach for the Dev Lifecycle
TNS owner Insight Partners is an investor in: Docker.
SHARE THIS STORY
RELATED STORIES
Build a Churn Detection Train with AI Blueprints Serverless vs. Kubernetes: The People's Vote It Doesn’t Matter How Much You Spend on AWS Data, Analytics and AI: What Will Happen in 2023 Is Low-Code Development Better for the Environment?
THE NEW STACK UPDATE A newsletter digest of the week’s most important stories & analyses.
The New stack does not sell your information or share it with unaffiliated third parties. By continuing, you agree to our Terms of Use and Privacy Policy.