Deploy and Use the Anchore Image Vulnerability Scanner

With the Anchore Engine, you can scan the images you want to use to find out if it contains any known CVE issues.
Mar 27th, 2021 6:00am by Jack Wallen 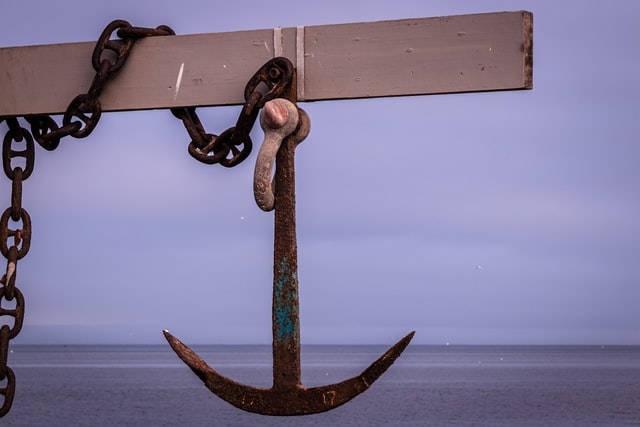 No matter what platform you use, your containers are based on images. That means the security of your deployments starts at the image level, where developers and action meet. And no matter how careful you are, if you’re basing your containers on images that contain vulnerabilities, the security of your apps and services will be weak. As a cloud native developer, you cannot allow that.

So what do you do?

Most often you base everything you do on official images, those tagged and flagged by reputable companies and developers. And for the most part, you can trust those images.

Until you can’t — until that one vulnerability slips by, the one that (in conjunction with every other moving part in your deployment) wreaks havoc.

Without actually doing your part to check on those images, it’s all a game of trust. Do you really want to leave it at someone else’s word? Probably not.

So what do you do?

You make use of the available tools to scan those images for vulnerabilities. Some of those tools are quite the challenge to get up and running. Fortunately, however, there are easy-enough options that any developer or admin could use. One such tool is the open source Anchore Engine. With this command-line tool, you can scan the images you want to use to find out if it contains any known CVE issues.

I’m going to walk you through the process of installing and using Anchore Engine, so you can take the guesswork out of those images.

I’ll be demonstrating on Ubuntu Server 20.04, but Anchore Engine can be deployed and used on any system that supports docker-compose.

The first thing to take care of is the installation of docker-compose. For this, you will first need to install docker. Log into Ubuntu Server and issue the command:

After the installation completes, add your user to the docker group with the command:

Now we can install docker-compose. Download the necessary file with the command:

Give the newly-downloaded file executable permissions with the command:

You can verify the installation with the command:

With the file downloaded, deploy Anchore Engine with the command:

Give the services time to come up and then verify Anchore Engine is running with the command:

The output of the command should look something like this:

Scanning an image with Anchore Engine isn’t exactly straightforward. After you ran the last command, Anchore Engine will start syncing the vulnerability data with the engine. To check the status of the sync, issue the command:

You should see that all entries under RecordCount are listed as “None” (Figure 1).

Figure 1: Our engine is syncing with the vulnerability data.

The full sync will take some time, so walk away or take care of some other tasks. Check back now and then (using the same command you last ran) and eventually, all the data in the RecordCount will have a numerical value (Figure 2).

Figure 2: Anchore Engine is now in sync and ready to go.

Let’s scan the latest Ubuntu image (20.04) for vulnerabilities. The first thing to be done is to fetch the image content and extract it with the command:

After the image has been added, we then analyze the image, using a set of Anchore analyzers to classify the metadata. The first thing to do is use the wait command to ensure the image has transitioned to analyzed, with the command:

The output of the above command should like similar to:

If all data is filled out, you’re ready to continue. You can find out every piece of software included in the image with the command:

Finally, we run the vulnerability scan with the command:

After the scan completes, it will report all known CVEs found within the image and report them accordingly (Figure 3).

Figure 3: The highest marked CVEs on the latest Ubuntu 20.04 images are marked as Medium.

And there you have it. You are now empowered with the necessary information about image security and can take action. If you find an image that contains CVEs that go against your company security policy (and could cause problems), you could abandon that image and find another one, or wait until those vulnerabilities are addressed (or address them yourself).

Used regularly, a tool like Anchore Engine could ensure your cloud native development lifecycle always starts with a secure foundation.

SHARE THIS STORY
RELATED STORIES
Gorilla Toolkit Open Source Project Becomes Abandonware Log4j: Why Organizations Are Failing to Remediate This Risk Top 5 Internet Technologies of 2022 Improve the Quality of Your APIs with Spectral Linting What TypeScript Brings to Node.js
SHARE THIS STORY
RELATED STORIES
What to Do When You Don’t Have Time to Test Your Microservices Bryan Cantrill: What’s Next for Infrastructure, Open Source and Rust Log4j: Why Organizations Are Failing to Remediate This Risk Hybrid Data Collection from the IoT Edge with MQTT and Kafka Why Web3 Needs a Real-Time Data Layer Now More Than Ever
THE NEW STACK UPDATE A newsletter digest of the week’s most important stories & analyses.
The New stack does not sell your information or share it with unaffiliated third parties. By continuing, you agree to our Terms of Use and Privacy Policy.