Design Like a Dev: What’s Happened to Self-Driving Cars?

Why have self driving cars failed to meet expectations? Expectation management is key for blue sky development, so take heed product owners.
Oct 29th, 2022 7:00am by David Eastman 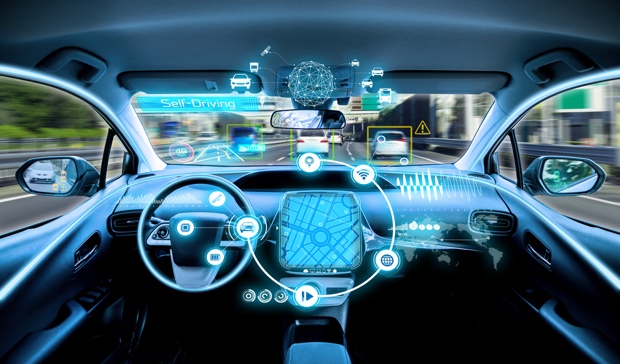 Why have self-driving cars failed to meet expectations? Recent articles have popped the hype bubble surrounding the industry by exposing the problems with the artificial intelligence running autonomous vehicles. The issue of expectation management is faced by everyone working on blue sky development, but particularly product owners. Good target setting is essential for a project, and what has happened to the robo-taxi shows the damage done when expectations run ahead of a project.

It was always the case that autonomous vehicles would need to drive alongside normal traffic before anyone would be tempted to trust them. Reports about their strange behavior underline why this won’t happen soon. The pigeon problem stated in the Bloomberg article summarises this well:

“People driving down a city street with a few pigeons pecking away near the central reservation know (a) that the pigeons will fly away as the car approaches and (b) that drivers behind them also know the pigeons will scatter. Drivers know, without having to think about it, that slamming the brakes wouldn’t just be unnecessary — it would be dangerous. So they maintain their speed.”

Not only would the AI have to be taught to ignore a pigeon, it would have to have to be instructed to ignore all similar pigeons, as well as other birds of similar dimensions. But as we can see, it would also have to understand what other human drivers understand. All of this is out of bounds for any current techniques. In short, self-driving cars in urban areas are not safe right now.

The lesson here for the product owner is the need to publicize reachable targets, so that unattainable goals do not stick in the stakeholder’s mind. In the case of the self-driving vehicles, there seem to exist only three fully imagined narratives: chains of trucks on one lane of a highway, taxis in retirement villages, or level 5 fully autonomous vehicles. This is nonsense; it’s as if NASA defined their three goals as servicing the International Space Station, then a mission to the moon, then developing warp drive.

There has to be an explicit difference between a corporate vision and an execution strategy within any project. This seems obvious when written out of context. Unfortunately, a strong yet distant vision can outshine unexciting tasks and goals. Because you feel you know what a self-driving car is, it figures that surely it must exist at some time in the near future. So why can’t your team be the winners? The vague proclamations of a vision must never sabotage the sensible goals that a team uses to describe their work. The car industry got things right when developing the self-parking ability — it was an achievable goal that the general public understood. Making lots of small but visible improvements based on AI is nothing more than breaking a large problem down into bite-sized pieces. The overall vision of using AI to improve the driving experience remains.

Managing expectations is not a tick box quarterly task, it is daily work; resources might well be moving to back the targets set. This is where the difference between the communication skills and experience level of engineers can become an issue. Those emails that start with “We’ve just been told that…” normally imply that a Chinese Wall has been raised somewhere. These have to be lowered quickly. The way through is for product owners to help keep the information flowing up and down the lines between engineering and decision-makers. However, those imaginative CEO tweets may be doing the team a favor if there is a built-in sense of the abstract. When Microsoft founder Bill Gates set out a clear mission back in the 80s with “A computer on every desk and in every home,” that was abstract enough not to interfere with OS development. By observing year-by-year growing ownership statistics, goals can be set.

It isn’t a case of telling the board that their company is built on a lie, it just means adjusting targets and internal strategy to better match reality. When VW cheated on its own emission targets it was because the target setting became a one-way process driven from above, not a conversation. It probably happened gradually, then all at once. Experimenting can easily be done with any modern version control system, allowing for a fast track for prototyping and a slower fork for moving forward with evidence and tests. The death march spiral of “we are almost there” comes from having one goal that is sacred and never adjusted. The other side of this is setting goals that don’t stretch the technology enough — like the hours of tests that self-driving cars did in private estates with no other traffic.

It isn’t always wise to set one hard and fast high-level goal, as it may look less desirable over time. A product owner can quickly find that they are no longer getting attention in a fickle company. The author of the book Exponential, Azeem Azhar, said recently;

“Self-driving could be a pointless distraction for improving the environmental and human impact of transport. It takes attention away from micromobility, better urban infrastructure and other strategies to improve the safety, pollution, climate, equity and economic returns of this sector.”

Now that is a rather specific take, but a nimble-minded board will spot when external circumstances might threaten a vision, and take appropriate action.

So as a product owner, what do you do when you can see that your project really can’t make it? I hope many readers are shouting the answer here: pivot. The internal business skill required is to maintain the backing of the stakeholders while changing direction. The embattled co-founder of Waymo retreated into simple autonomous trucking because this ambition matched what was possible.

Most long-lived organizations pivot at least once. You might think you know what BP does as a company, but if you go to their home page you won’t find many mentions of the word “oil”. This works both ways. Remember when Amazon just sold books?

In summary, the product owner must work hard to control expectations:

David has been a London-based professional software developer with Oracle Corp, and British Telecom, and a consultant helping teams work in a more agile fashion. He wrote a book on UI Design and has been writing technical articles ever since....
Read more from David Eastman
SHARE THIS STORY
RELATED STORIES
Gitpod Battles 'It Works on My Machine' Syndrome with Its CDE Microsoft Aims to Bring DevOps Discipline to Web3 Developers Get a Quick-Start to Coding with Replit IDE The Latest Milestones on WebAssembly's Road to Maturity Twitter Turmoil: We Need an Open Protocol for Public Discourse
SHARE THIS STORY
RELATED STORIES
Survey Finds Majority of Jamstack Community Testing Edge Jamstack Panel: Multiple JavaScript Frameworks Are a Good Thing Build Your Own Decentralized Twitter, Part 2: Mitigations Jamstack Panel: How the Edge Will Change Development Cloud Lessons to Help Developers Improve ESG Impact
THE NEW STACK UPDATE A newsletter digest of the week’s most important stories & analyses.
The New stack does not sell your information or share it with unaffiliated third parties. By continuing, you agree to our Terms of Use and Privacy Policy.