Developer Events Run Down: What’s Coming Up and What Not to Miss 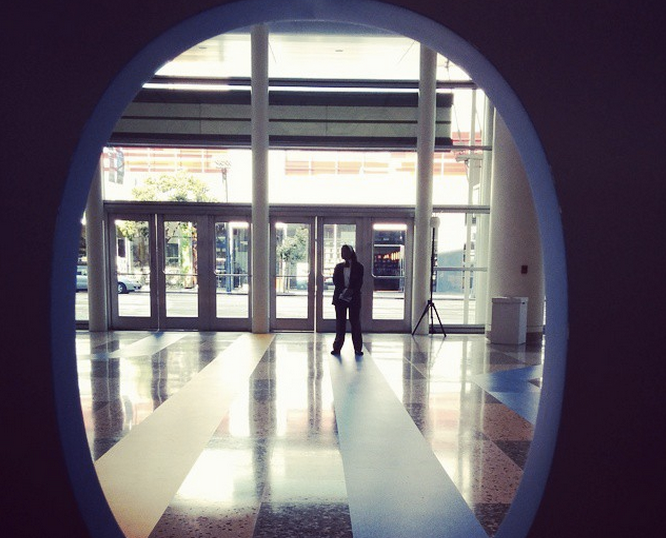 While September and October are usually considered the core months of the yearly Fall conference season, developer events in 2014 continue through to the middle of December. Across the United States and globally, these developer events offer a number of broad brush and specific tech vertical opportunities to hone skills, hear about new case studies, and network with peers and potential partners. Now, we know this is just a small sample of events but we hope this is helpful. We’ll look more deeply at events in Asia and other parts of the world in future posts about developer events.

Key themes: The developer intelligence/analyst firm RedMonk has partnered with SAP to run this year’s IoT@Scale, a chance for developers to weigh in on what you think an enterprise-scale Internet of Things will look like.
Don’t miss: IoT has already been called this year’s biggest hype at at least one conference in 2014, and it is true there remain are significant number of barriers to creating a true, connected internet of devices and things. The technical discussions and pragmatic focus on bridging scalable architecture and business needs increases the likelihood that this conference will pass the Monday morning test: giving attendees something concrete to take back to their work desk and incorporate into their projects the following week.

Key themes:Wearables and Things, from tech conference organizers Modev, includes sessions from wearables and IoT brands (Nike, adidas, Pebble, Alarms.com) along with platform technologies (Mashery, Axway, Bluetooth SIG, Sony Mobile). The conference mixes panel sessions and keynotes that provide an overview of the business case and direction of the wearables/IoT sphere, product showcases of cool new gadgets, and technical workshops to walk developers through coding for various devices and on various platforms.
Don’t miss: Steve Hegendefer, director of developer programs for Bluetooth will be sharing both a keynote and a training workshop at Wearables and Things. Developers can learn both where Bluetooth is heading, and gain hands-on skills in using the tech platform. Those not interested in developing for Bluetooth can learn a lot about how to evangelize a platform from Bluetooth’s number one advocate.

Key themes: All Things Open is a developer conference focused on the uptake of open source technologies in the enterprise. With 90 speakers and 100 sessions, it has tracks for developers, operations specialists, C-level business execs, and a new open data and government stream. Open source has been getting the kudos and recognition it deserves this year, as more enterprises recognize the freedom and autonomy that using open sourced solutions in the enterprise can offer. More startups and business disruptors similarly are sharing their products (or the tools they created to build their products) as open source.
Don’t miss: There’s so much good stuff here, it’s hard to single anything out in particular. At least one venue hotel already sold out, demonstrating that this conference is already drawing in a lot of attention from developers. So with this much interest already, and the open sharing of what has worked and what has fallen over in using open source tech, we expect the corridor conversations and lunchtime debriefs to be particularly dynamic at All Things Open. If you do go, don’t be afraid to just wander up to someone in a break and ask what they have seen that has excited them so far, it is sure to get them talking.

Key Themes: The Ricon event is one of the more interesting events of the Fall conference season. It’s all about distributed computing.
Don’t Miss: Here’s a chance to hear how Docker is deployed across distributed environments or to learn about new concepts in testing. The speakers are all veterans with a healthy mix of practitioners.

Key themes: With a name like Ultimate Developer Event, it better deliver. The developer focus here is on either building or using APIs.
Don’t miss: This is a great opportunity to catch speakers who you may have missed at other events this year, which is why the organizers are giving developers a cheat sheet to help you argue the travel case to your boss. Kirsten Hunter (Akamai), John Sheehan (Runscope), Alex Sexton (Stripe), and Marshall van Alstyne (MIT) are all very accomplished, very engaging speakers who have inspired audiences at developer events all year. Here’s the chance to brush up and see some of the year’s ‘greatest hits’ at the one time.

Key themes: Amazon Web Services’ community conference, AWS re:Invent runs across a week and includes a conference stream, bootcamps and technical workshops, and new feature launches.
Don’t miss: With recent cloud pricing cuts being made by Google and expected from others, including Amazon Web Services themselves, this year’s re:Invent may be a key opportunity for the cloud infrastructure provider to cement its relationship with developers and entice more enterprise users by making big announcements about new features and pricing. Re:Invent has excellent technical sessions and also provides a chance to meet developers from AWS sizeable partner network.

Key themes: Apps World is huge, with over 12,000 attendees expected to pass through its doors this November. It is almost like two separate conferences running at the same venue: a free version which includes a developer track and a chance to check out new products and services in the exhibition spaces, and an industry event with streams on web design, APIs, retail and payment systems, wearables, and mobile.

Don’t miss: The free Developer World stream is ideal for startups and entrepreneurial developers who are looking to build their own business by creating their own product. There is a flow to the three days of this stream, with introductory sessions on the business-side of apps (directed at a developer audience), through to identifying scalable infrastructure, then coding for payments, into mobile dev, and finally looking at overall product optimization.

Key themes: After a successful one-day outing in Washington last month, CA Technologies/Layer 7’s independent API think tank, API Academy, is hosting API360, another full-day brain-dump event in London.
Don’t miss: Hearing from Sheera Gendzel about Yelp’s developer engagement strategies, and in particular their recent move towards a stronger platform play will be an interesting highlight of this one-day event. API Academy’s internal team including Ronnie Mitra, Holger Reinhardt and Mike Amundsen are always inspiring to listen to and share well-researched presentations that carefully balance a pragmatic ‘what-can-we-do-now’ with a forward-thinking ‘where is all of this heading?’.

Key themes: The First International Conference on Predictive APIs and Apps (PAPIs.io) is timely. While much of the tech talk has focused on wearables and IoT, the greatest advances that have been made in 2014 relate to the growing incorporation of machine learning and predictive analytics techniques across the board. This conference aims to connect predictive analytics API makers with the developers who consume them.
Don’t miss: While program committee is an impressive list of names and the first-day focus on workshops to help developers build in 6 machine learning APIs is commendable, we think that the chance for developers and machine-learning API providers to meet and discuss potential partnerships is the true value opportunity of this event.

Key themes: Early bird ticket prices for Defrag ends Friday (October 10). The event prides itself on having gotten there first – they started talking about connected technologies and the impact cloud computing, data and IoT would have on society, government, business, education and commerce when these ideas were still more in the realm of science fiction. Now, the world has caught up with their conference themes, and Defrag is seeing a greater presence of attendees who consider themselves ‘strategically-oriented technologists’.
Don’t miss: Former Wored Editor Chris Anderson will kick off the conference with a keynote about 3D robotics. Otherwise, want some idea about the future of distrbuted computing? Then this is your event. We’re hoping Danielle Morrill from Mattermark can share some insights into building a business model that draws in open data, news sources and machine learning to create a deal intelligence service, while George Dyson (author of a 2012 WSJ Business Book of the Year, Turing’s Cathedral) will no doubt entertain audiences with a rapid historical refresh into the makings of the digital universe.

Key themes: The regional APIdays events have mastered the balance of highlighting local initiatives while also appealing to a global audience. Their final event for 2014, in their founding city of Paris, has a focus on the platform economy, enabled via APIs.
Don’t miss: Hearing directly from Douglas Crockford, the inventor of JSON, and then catching up with Markus Lanthaler, the creator of JSON-LD (a linked data version of JSON) will have the API developers excited. The business side of the audience will be impressed with the extensive focus on platform thinking that will kick off the first half of day one of the event.

Key themes: Over two days, DockerCon Europe 2014 will focus on all aspects of Docker. Sessions have been designed to appeal to developers, DevOps, sysadmin and C-level executives.
Don’t miss: Hearing from Solomon Hykes, CTO and Cofounder of Docker as he maps both the Docker road ahead, and the significant industry partnerships the open platform has been able to generate with RedHat, Google, Ubuntu and others to create the infrastructure, tools and micro-services developers need to build, ship and run distributed applications.

Key themes: Don’t be necessarily put off by Le Web’s high price of entry: lower rates are available for students and freelance developers (although, sure, they are still kinda steep). But the program here is stellarly impressive (Altimeter, Director of Platform at Facebook, Evernote CEO, Coursera, Braintree, Lyft, Edelman, etc) and key conference themes (crowd economies, reinventing healthcare, and the ubiquitous wearables and drones focus) point to how developers can prepare for the next wave of disruption across industry.
Don’t miss: The sessions on the reinvention of healthcare, being curated by Jeff Clavier, Managing Partner at seed VC firm SoftTech, will be a one-stop shop for understanding the business and technological opportunities in this emerging sector.

Conferences offer a great opportunity to catch up on emerging industry trends and can revitalize developers who need a boost of inspiration for the final quarter of the year. Each of these events suggests a promising agenda, so there is plenty of opportunity to learn and grow professionally. Attendees are encouraged to remember, however, that often the best opportunities are the ones you create yourself from meeting other developers and talking through the real world applications of many of the discussion topics being presented. Have fun networking at these events.

The New Stack is a media sponsor for several of the events listed here. We love developer events and would love to support the one you are doing. Contact us for more info.

Mark Boyd is a freelance writer for The New Stack and ProgrammableWeb. He's into: API economy, open data, smart cities and tech that helps us interact and connect.
Read more from Mark Boyd
SHARE THIS STORY
RELATED STORIES
Entrepreneurship for Engineers: Avoiding Feature Bloat Qlik Plans to Acquire Talend. Is it a Data Management Double-Dip? Generative AI: How Companies Are Using and Scaling AI Models Poisoned Lolip0p PyPI Packages How to Get Started Filling 3.4 Million Cybersecurity Jobs
TNS owner Insight Partners is an investor in: The New Stack, Docker.
SHARE THIS STORY
RELATED STORIES
Improve the Quality of Your APIs with Spectral Linting Boost Customer Engagement with Real-Time Data Azure Went Dark Poisoned Lolip0p PyPI Packages A Platform Team Product Manager Determines DevOps Success
THE NEW STACK UPDATE A newsletter digest of the week’s most important stories & analyses.
The New stack does not sell your information or share it with unaffiliated third parties. By continuing, you agree to our Terms of Use and Privacy Policy.