Developers Get a Quick-Start to Coding with Replit IDE

Replit is a cloud-based IDE that supports more than 50 languages, with added educational resources to help learn how to code.
Nov 23rd, 2022 9:03am by Loraine Lawson 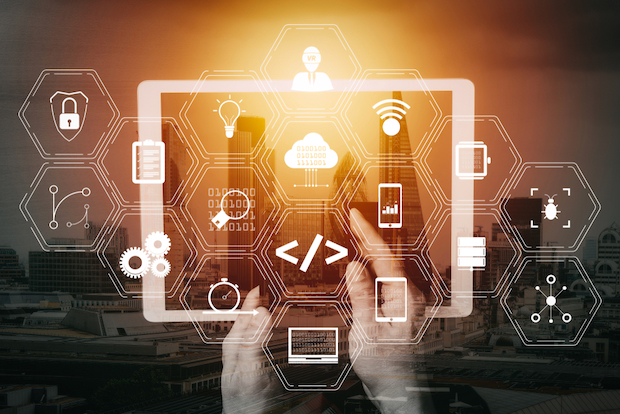 Replit’s mission is to bring the next billion software creators online. Full disclosure: I might be one of those billion.

I’m already trying to be, anyway, starting with a refresher of HTML in their course Make a Personal Website. Hey, don’t judge; it was the early 2000s when I last popped open a text file and started with raw code. I’d forgotten how fun it could be and was tinkering with the browser-based IDE when this assignment came through to profile Replit.

The San Francisco, Calif.-based company has worked hard to build out its educational resources, according to Conner Schafer, who oversees marketing. Earlier this year, Replit launched a 100 days of code challenge, complete with a free Python training program.

“We invested a lot [in] content creation resources … and a 100-day course where you can go from knowing nothing about code to learning Python,” Schafer told The New Stack.

But while education is central to Replit, it’s not just a platform for learning to code. Replit is, in some ways, an IDE that runs in the browser; but it’s also a compiler, interpreter and REPL, allowing you to code and deploy in 50+ programming languages.

“I would describe Replit as far more than an IDE because, with an IDE, you can code and create,” Schafer said. With Replit, “you can code, host, deploy and share your projects all in one place. We also have multiplayer collaboration so you can debug and code with others synchronously,” he added.

With multiplayer collaboration, Replit creates a Google Docs-like experience where coders can cooperate and co-code in a single Reple or project, shared via a link, he said. That eliminates the need to do pull requests through GitHub, he added.

There’s also a mobile app that’s designed for coding. That’s somewhat frowned upon in Reddit forums, because of the smaller screen size, Conner said, but the mobile team at Replit designed its app with these restrictions in mind, incorporating the ability to swipe to complete code.

“Building an experience to be able to code well on mobile is hard. It’s definitely one of the bigger launches that we’ve done recently,” he said.

To simplify that effort of coding on a small screen, developers can subscribe to Ghostwriter, which is a code completion AI offered by Replit. Schafer compared it to GitHub Copilot.

“We implemented AI features all throughout Replit. One of these features is generate-code, where you just can type in, ‘Build me an app that converts Fahrenheit to Celsius,’  and it will actually build you an app that converts that,” he said. “We also have Ghostwriter that will help you with AI-assisted coding suggestions as you type.”

For learning, it offers side-by-side instructions with the IDE as well as a community that can respond to what the developer builds. For more established developers, Replit offers a “get it up and running” approach to developing projects, Schafer said.

“Especially for professional developers, Replit is a great place to build something quickly, [to] get it up and running, and to be able to share it with the world,” he said. “If you go to replit.com, and you want to code in JavaScript, or any programming language, or if you want to use Django as a framework, you can get something up and running in five seconds and start coding and start building.”

That’s led to it being a space where developers can build quick-build side projects, he added.

“One of the big goals with Replit … is we want to lower the floor and raise the ceiling,” Schafer said. “The tool is easy to use, and it’s easy to understand, it’s easy to start building. Simultaneously we are also raising the ceiling so that people as they advance — as they become more professional developers — that Replit still feels like it fits all of their needs.”