Developers: Twitter Wants Your Bots (and Other Read/Write Apps)

Twitter is trying to entice developers back onto its platform, promising read/write access to its API v2. We spoke with Twitter's Amir Shevat.
Oct 5th, 2022 3:00am by Richard MacManus 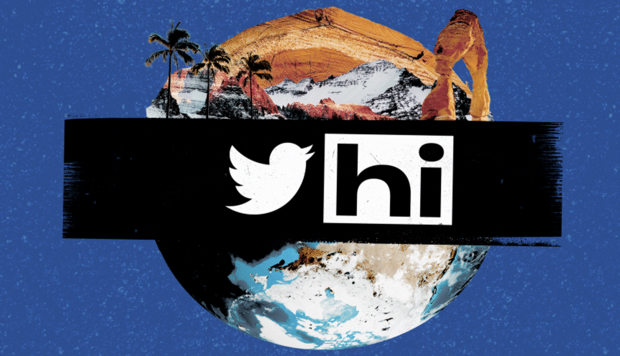 Image via Twitter.
TNS Annual Reader Survey
We need your input! Take 5 minutes to chime in and help guide our coverage.
Begin the survey

It’s been over two years now since Twitter resurrected its developer API as “version 2” and optimistically welcomed back all the third-party developers it had rug-pulled at the end of Web 2.0. To find out what progress Twitter has made with its API v2, I caught up with Amir Shevat, Head of Product for the developer platform at Twitter.

Ironically, Shevat is a big fan of bots on Twitter and wants to see more of them. Ironic because, until today, Elon Musk was trying to back out of his April deal to acquire Twitter because of too many bots. But of course, Shevat is talking about bots that are actually useful — such as chatbots or AI-driven bots that provide interesting content. The kind of bots Musk is talking about are the ones borrowing his profile photo and adding several numbers to the end of his username (e.g. @elonmusk37658).

Just like humans, there are good bots and bad bots🤖
As a human (AFAIK) and I enjoy many delightful bots on Twitter. I am excited and committed to continue to support them💙

It turns out, bots may be the key to fully utilizing the Twitter API v2. Shevat, who authored a 2017 O’Reilly book entitled Designing Bots: Creating Conversational Experiences, contends that “software as a positive creator is a great force.” By that, he means software that creates content, something he thinks generative AI software (a current trend — see DALL-E and Stable Diffusion) might be capable of.

“I would have a blast if somebody created a bot where you can tweet what you want the AI to draw or to create, and the AI would reply with that,” he said. “I think that that would be an amazing implementation of the API.”

This would certainly take the read/write era of the web to the next level, where it’s machines and not just people who tweet useful things. It also harkens back to the first wave of Twitter apps, in the late 2000s, many of which were read/write — TweetDeck being a prime example. Unfortunately, the 2012 changes Twitter made to its API discouraged further use of the “write” functionality. And so, according to Shevat, many of the third-party developers using Twitter’s API in 2022 are only using “read” data.

One of Shevat’s goals with its API v2 is to encourage developers to once again use the “write” functionality.

“I think up until now developers have opted for the read APIs,” he said, “which is okay because that’s what we wanted them to do with our terms and conditions. But now, after we made our platform much more open, there’s a lot more opportunity to participate — and to be a creator — [by] using the public conversation.”

While Shevat would ideally like to see generative AIs create entirely new content, he would also be happy to see more bots that re-use existing content. He mentioned a hashtag trend called #artbots, and specifically, a bot developed by Andrei Taraschuk which tweets out Monet pictures. Taraschuk has created a number of these artbots, and recently claimed to have amassed 6.5 million followers across them all.

“There’s not enough connected systems out there,” noted Shevat, “like, taking content from the internet and sharing it in the public conversation. I think there’s a great opportunity there.”

In addition to bots, the Twitter API v2 is also trying to innovate with the formats for content. In July, Shevat’s team launched a custom timeline experiment, allowing third parties to control the timeline algorithm (this is in private beta, so it hasn’t yet been released publicly). Then in August, Twitter teased Tweet Tiles, which “let developers extend the Tweet experience” by re-formatting tweets for a specific website or mobile app. Twitter is testing this presently with the NY Times, Wall St Journal and the Guardian.

Twitter has a public roadmap that lists similar projects, under the categories “nesting,” “incubating” and “recently hatched.” 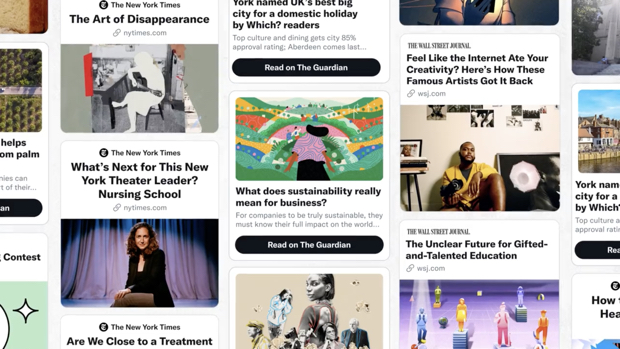 The common theme here is that Twitter is giving developers more control over the entire Twitter user experience — even potentially handing over the algorithmic keys to the timeline. Shevat had an interesting analogy to explain this: Twitter is currently like an old Nokia phone, but he wants it to be like a brand-new smartphone.

“Twitter right now is like the Nokia phone,” he explained. “If you remember the old Nokia phone; it had a great battery life [and] you could drop it from the third floor and nothing will happen to it. But it had a single app, which was Snake. I think that we can turn Twitter into an Android or an iOS — a place where developers can create an interface inside clients.”

Both the custom timeline and tiles experiments are examples of this. “Tiles is all about the tweet itself,” he said. “How can you modify, change [or] control the UI, and maybe create dynamic interactions inside the tweet itself?”

In the early days of Twitter, it was possible for startups to build successful, revenue-generating products based on the Twitter API — this is what TweetDeck and a host of other third-party clients did. The 2012 crackdown was a death knell to most of those companies (although TweetDeck itself avoided this fate, as it got acquired by Twitter in 2011). I asked Shevat if it’s now possible again for startups to create full-featured products based on the current version of the API?

There’s no doubting Shevat’s enthusiasm for helping third-party developers — and indeed his experience, as he has held similar positions previously at Google, Slack and Twitch. The move to reinstate and encourage write access to Twitter is also laudable. But if there’s one thing the Elon Musk drama this year has shown, it’s that developers can’t fully depend on Twitter keeping its API platform as open as it presently is. If he does indeed go ahead with his acquisition offer, who knows what Musk will do with Twitter in the future? The public conversation will soon be in private hands, which means more uncertainty for third-party developers.

That said, I hope developers do take this opportunity to create amazing generative AI bots and other fun “write” apps for Twitter. Make hay while the sun shines! If you’re still unsure, you might want to sign up for Twitter’s upcoming developer conference, Chirp, slated for Nov. 16.

Richard MacManus is a Senior Editor at The New Stack and writes about web and application development trends. Previously he founded ReadWriteWeb in 2003 and built it into one of the world’s most influential technology news sites. From the early...
Read more from Richard MacManus
SHARE THIS STORY
RELATED STORIES
Planning User Roles for Your Application Why Databases Need APIs How to Achieve API Governance  The Flywheel Effect of Kubernetes APIs Service Simplifies Natural Language Processing for Developers
SHARE THIS STORY
RELATED STORIES
How Developers Monetize APIs: Prepay Emerges as New Option 10 Ways to Manage API Security Risks How to Achieve API Governance  Why Databases Need APIs What It Means to Be OpenAPI-First in Kubernetes
THE NEW STACK UPDATE A newsletter digest of the week’s most important stories & analyses.
The New stack does not sell your information or share it with unaffiliated third parties. By continuing, you agree to our Terms of Use and Privacy Policy.