DevOps Landscape 2015: The Race to the Management Layer 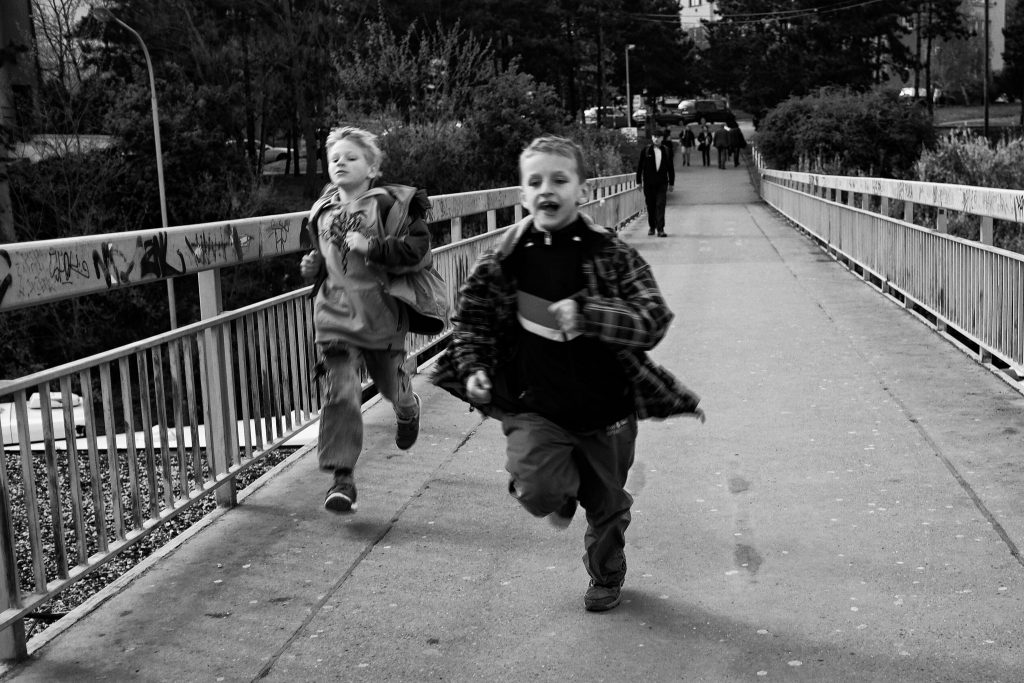 Feature image: “Race” by Petr Dosek is licensed under CC BY 2.0.
Kevin Fishner is director of customer success at HashiCorp, a leader in the DevOps marketplace. Author note: As an actor in the DevOps ecosystem, we certainly have biases. This summary is our view of the current DevOps environment backed by our experiences and the experiences of our customers. It is not exhaustive.

There has been so much activity in DevOps tooling and best practices in the past few months that it has become difficult to understand the current and future state of the industry. This summary is the outcome of explaining HashiCorp’s thoughts on the current DevOps landscape and future roadmap.

The Goal of DevOps is to Turn Application Code Into a Running Application Through a Repeatable, Safe Process

“DevOps” as a term has many meanings, but for the purposes of this summary “DevOps” will be defined by its goal. Across organizations, the goal of DevOps is to turn application code into a running application through a repeatable, safe process.

The Road to a Complete DevOps Management Layer: Configuration Management vs Immutable Infrastructure

There are two paradigms to provide a complete management layer for delivering applications:

There’s arguably a nascent third paradigm, which treats servers as a generic resource pool which heterogeneous workloads are scheduled on top of. This technically fits under the immutable infrastructure paradigm, but is unique enough to define independently. This paradigm is in active development as Mesos, Kubernetes, Docker Swarm, and various other schedulers gain in popularity.

The Management Layer is the Revenue Opportunity in DevOps

There are three basic layers in DevOps — infrastructure, tooling, and management: 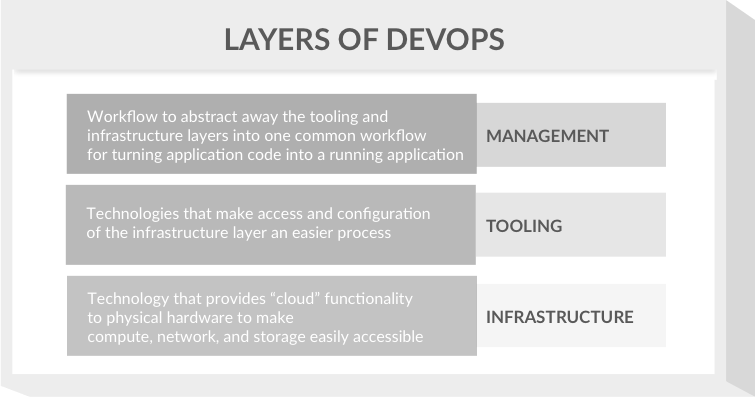 The infrastructure layer is facing a wave of competition and commoditization, and we now see the companies in this space trying to move up the stack into tooling and management. Amazon Web Services (AWS) has released tools like EC2 Container Service (ECS) and AWS CodeDeploy, which allow users to simply package their applications and ignore the infrastructure configuration and provisioning processes. Google Cloud Platform has similarly released Google App Engine and Google Container Service, as well as sponsoring open source projects such as Kubernetes. VMware has moved into tooling and management with heavy support for Pivotal’s Cloud Foundry. These tools make it easier for users to deploy applications and allow infrastructure providers to lock users into their platforms.

The management layer presents the most significant monetization opportunity as it presents a full solution for turning application code into a running application. The employee investment is significant in the implementation phase, but relatively minimal for upkeep. If the management level can get into material cost savings, such as reducing the size of server fleets, there will be tremendous opportunities for revenue.

DevOps companies are racing to the management layer; however, several tools are necessary to have a complete DevOps management offering.

Given that the management layer has the greatest revenue potential, the active players in the space are all battling to capture the opportunity. The interesting aspect of this battle is that the different types of companies in DevOps are approaching it from unique vantage points. These organizations can be categorized as either infrastructure providers, configuration management companies, or companies that favor immutable infrastructure. Amazon Web Services, Google Cloud Platform, OpenStack and VMware are the major players in the infrastructure provider space. Ansible, Chef, Puppet and Salt are the leaders in configuration management. HashiCorp, CoreOS, Docker and Mesosphere are the leaders in the nascent immutable infrastructure space. 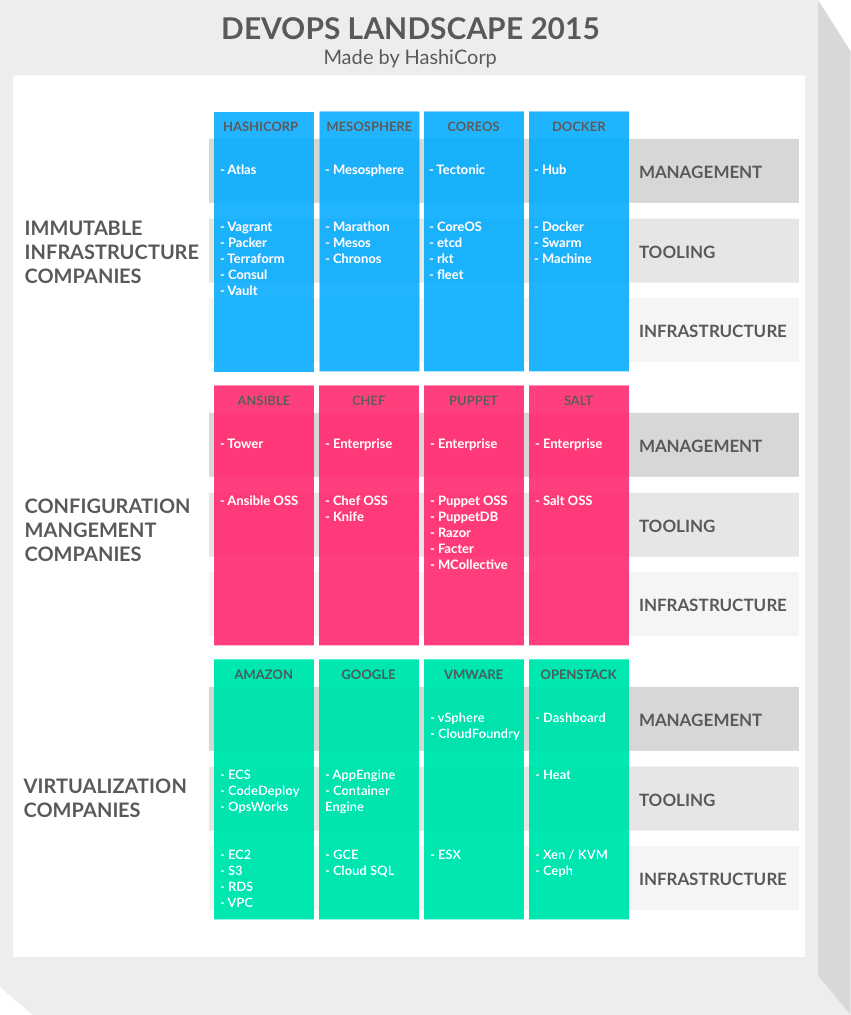 Predictions for the Next 12 Months

This summary identified infrastructure provisioning and application packaging or configuration as essential tools to build the management layer for DevOps. This conclusion leads to a few predictions:

How to Choose a DevOps Management Layer

The purpose of this summary is to shed light on the crowded and opaque DevOps landscape. However, the obvious next question is, “How do I choose a DevOps management layer?” This question has many moving parts, and the best we can do is try to simplify some of the choices by answering a few questions:

Are two or more individuals working on your team’s infrastructure (part-time contributors are counted)?

Do you want to do build-time or runtime configuration?

Do you want to automate the infrastructure provisioning process?

This basic decision tree is by no means exhaustive, but should help in the initial decision process for selecting a DevOps management tool. 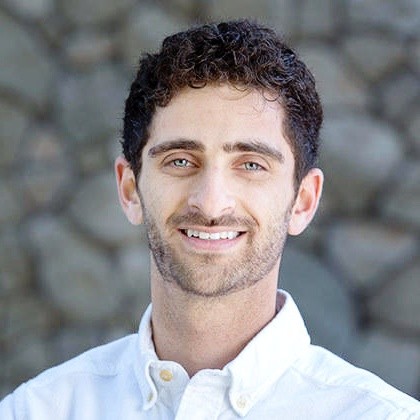 Kevin Fishner is director of customer success at HashiCorp, a leader in the DevOps marketplace. His work focuses on cultivating a strong foundation for sustained growth through company-wide systems like org structure, operating cadence, knowledge management, and communication frameworks.
Read more from Kevin Fishner
SHARE THIS STORY
RELATED STORIES
CircleCI to Customers: Change All Secrets and API Tokens NOW! EngFlow Harnesses Google Bazel for Faster Monorepo Builds Interest Growing in Dart and Flutter for Mobile A Look at Kubernetes Deployment Argo CD and Flux Are CNCF Grads: But What Now?
CoreOS is a sponsor of The New Stack.
TNS owner Insight Partners is an investor in: Docker.
SHARE THIS STORY
RELATED STORIES
A Look at Kubernetes Deployment Using DORA Metrics to Optimize CI Pipelines Engineering Best Practices of CI Pipelines 4 Tips to Avoid Downtime Risks and Start the New Year Strong The Main Goal: Secure the Application Workload
THE NEW STACK UPDATE A newsletter digest of the week’s most important stories & analyses.
The New stack does not sell your information or share it with unaffiliated third parties. By continuing, you agree to our Terms of Use and Privacy Policy.