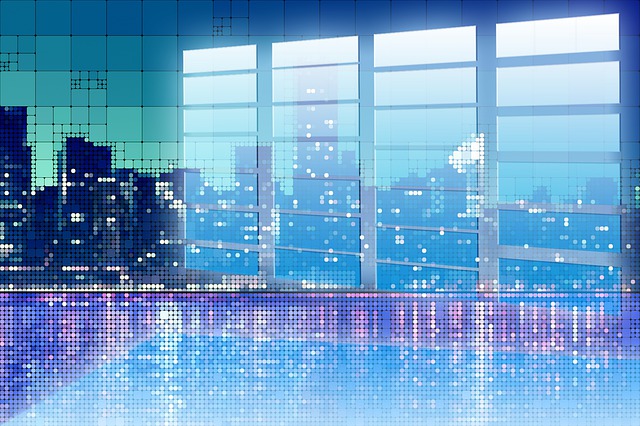 In the world of Docker and Kubernetes, the notion of plug-and-play infrastructure seems hardly likely. But for organizations trying to reduce time to market, time is of the essence, so packaged appliances may provide a path forward.

In The New Stack’s ebook “The State of the Kubernetes Ecosystem,” research director Lawrence Hecht explored Kubernetes’ reputation for complexity, noting the learning curve gets better over time for the open source container orchestration engine.

Diamanti is focused on the networking and storage aspects of getting up and running fast, especially for large enterprises. So it made sense for the company to release a Kubernetes packaged appliance that, the company boasts, can be up and running in 15 minutes.

“One of the challenges for IT is standing up infrastructure, downloading software and putting it all together,” said Jeffrey Chou, Diamanti CEO and founder. “Our premise is a one-stop shop, one throat to choke. Plug it in and it works. You don’t have to hire a team of engineers to build something.”

San Jose, Calif-based Diamanti was founded in 2014 by veterans of Cisco, Veritas, and VMware who believed legacy infrastructure such as that from VMware, HP and Cisco didn’t really address the up-and-coming new architectures. Gartner has since named Diamanti among its Cool Vendors for Compute Platforms 2017.

The prepackaged compute, network and storage works well for the legacy data centers many large enterprises still use, he said, though the company might deliver solutions differently down the road.

“We provide a solution that IT can stand up in minutes, can provide developers with self-service containers, and developers can work with their own open source tools without having to learn anything else,” Chou said.

Developers can define infrastructure policies integrated with Kubernetes and Docker to move containers from development to production with predictable application performance. 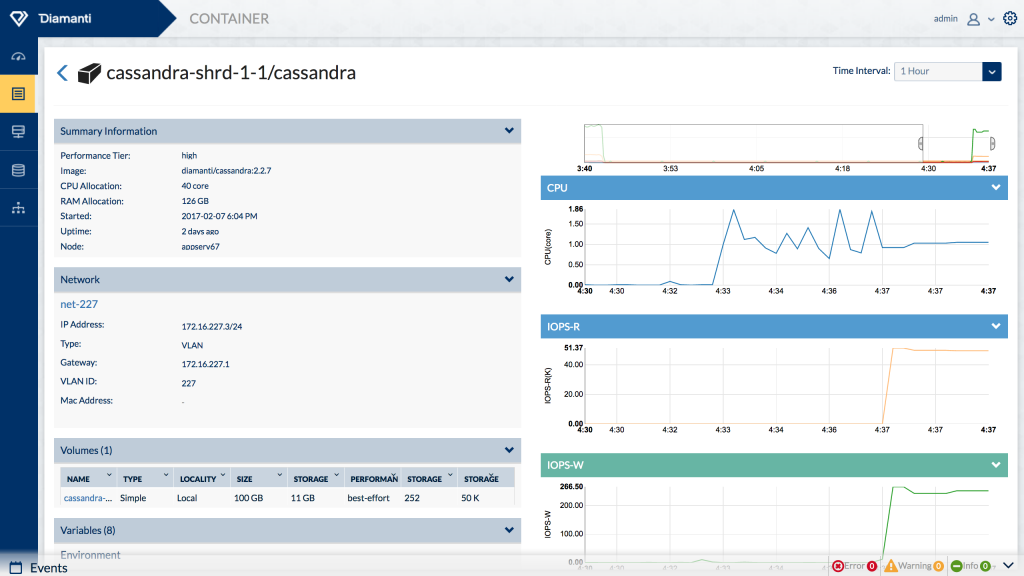 “A lot of our IP is how we integrate bare-metal containers with network and storage. One of the things on the network side is you have all these overlay networks, with Docker, port maps, VLANS, and so on, and the network administrator needs to create a separate silo for the network. We bring together kind of a Cisco model where it works with any switches you might have. The network administrator doesn’t have to do anything special, we work with all existing network services, Chou said.

It delivers persistent storage with snapshots, mirroring and more.

The company has been involved with the upstream Kubernetes project, contributing Flexvolume, which expands policies and labels you can specify when you create a storage volume for your container.

Diamanti automates control of isolation boundaries to deliver repeatable compute, network, and storage segmentation. Embedded performance queues within the appliance connect every container with their network and storage resources to provide dedicated I/O paths and eliminate noisy neighbors. With role-based access, it can ensure performance unaffected by other developers or other applications running on the same infrastructure.

One of its customers runs a database-as-a-service offering from its appliance, Chou said. Its customers include NBCUniversal, ShoreTel and MemSQL.

The DIY approach is the company’s biggest competitor, according to Chou. But rolling your own Kubernetes deployment can be expensive and hard to maintain.

“When it comes to open source support, we’re there for you. If you find there’s a problem between the interaction between Docker or Kubernetes and your storage or network; if you cobble it all together, how do you fix this?” he said. “We’re there, a single vendor, and we deliver fixes, patches, upgrades, and we’ll work with the open source upstream … and we’ll support all the way down to the bits and bytes.”

Susan Hall is the Sponsor Editor for The New Stack. Her job is to help sponsors attain the widest readership possible for their contributed content. She has written for The New Stack since its early days, as well as sites...
Read more from Susan Hall
SHARE THIS STORY
RELATED STORIES
Kubernetes Needs to Take a Lesson from Portainer on Ease-of-Use The Next Evolution of Virtualization Infrastructure Docker versus Kubernetes: Start Here WebAssembly Needs Schedulers, and Kubernetes Doesn't Quite Fit the Bill 4 Ways to Use Kernel Security Features for Process Monitoring
TNS owner Insight Partners is an investor in: The New Stack, Docker.
SHARE THIS STORY
RELATED STORIES
Can Observability Platforms Prevail over Legacy APM? Case Study: How SeatGeek Adopted HashiCorp’s Nomad Container Security: A Troubling Tale, but Hope on the Horizon Install Dozzle, a Simple Log File Viewer for Docker Kubernetes Needs to Take a Lesson from Portainer on Ease-of-Use
THE NEW STACK UPDATE A newsletter digest of the week’s most important stories & analyses.
The New stack does not sell your information or share it with unaffiliated third parties. By continuing, you agree to our Terms of Use and Privacy Policy.