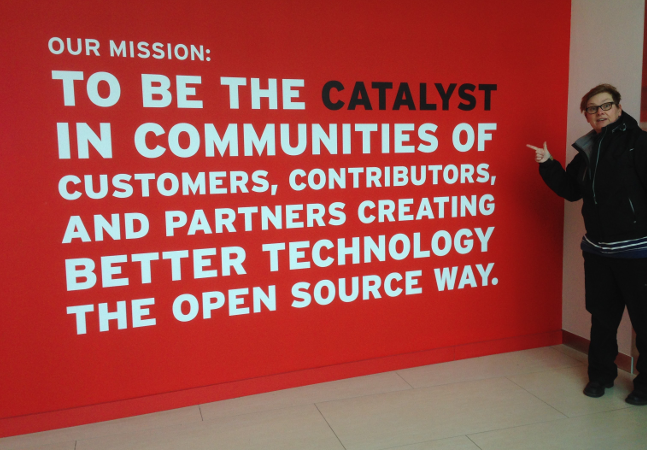 Diane Mueller, the Red Hat director of community development, recalls an interesting story that highlights why it’s of no value to remain anonymous for community work. She once had to give a talk on OpenShift at an OpenStack Summit that was in the same time slot as another talk being given by a pair of developers from Symantec; they planned to do a comparison of all the platform-as-a-service (PaaS) offerings on the market at the time. She had never met them and had no idea what their point of view was going to be so she was a wee bit worried that their opinions might not be favorable to OpenShift, Red Hat’s PaaS offering.

As soon as she was done with her talk, she went ahead and met the team to check about their talk and she was surprised to find that they were huge OpenShift Origin fans. But they had done all the work anonymously, so despite being a community manager she was not aware of their work.

That incident made her think about the anonymity factor. “That was one of the reasons that the only real ‘rule’ in the OpenShift Commons is that there is no anonymity. We’ve asked everyone to self-identify so that agendas, both personal or corporate, are out in the open and connections are easier to facilitate.”

Mueller has been involved with many open source projects in her career. She attended the University of Massachusetts at Amherst, studying both Computer Science and Women’s Studies. She has a mix of technical and political aspects in her educational background. She planned on becoming a lawyer, but became enamored with computers and programming very early on and ended up becoming a very influential person in the open source world.

After her education she started out as a sysadmin and database administrator (DBA) back in the dark ages of DEC VAX VMS and then she did a stint at Nike as a CAD/CAM software developer working on 3D modeling. She spent some time at various and sundry startups in Vancouver, BC. She also did some XML Standards work (XBRL) for the financial sector and had two tours of duty at ActiveState, the second one leading their Cloud R&D Strategy that blossomed into Stackato, a Platform-as-a-Service (PaaS) based on Cloud Foundry.

“The final stop got me hooked into Cloud, OpenStack, Containers, and Kubernetes, which brought me to Red Hat and the OpenShift team,” she said. Today, she runs OpenShift Commons, Red Hat’s open source community for the software.

She has been a Python developer and worked with Drupal early on and fell hard for Django when it first came out. “The Django community was one of the first Open Source communities that I participated in that felt welcoming and inclusive,” she said.

She admitted an inconvenient truth that the open source and technology community hasn’t always been the most supportive community for people from diverse backgrounds. But Django was a pleasant surprise.

“As a member of the LGBTQ community since the early 1980s, FOSS communities that were built up around Python and Django were revelations for me about the potential for creating good inclusive communities and made me want to ensure that all the projects I worked with created similar empowering experiences for participants,” she said. “We’ve still got a long way to go, and lots more work to do but some of the heavy lifting has been done and FOSS communities are seeing the benefits of having more diverse inputs to drive innovation.”

There, I said it : "Software Foundations are the New Cathedrals" https://t.co/2FHlM3Samc via @thenewstack @oscon

“I Just Wanted to Write the Code”

Her initial involvements with open source was quite practical. She had developed and deployed a few mobile apps, deployed a few hundred websites and created a couple of games in her spare time along with launching a few start-ups, and having done stints in R&D and Product Management.

“I love to write applications, but over the years being a programmer morphed into ‘owning’ the stack underneath the application, a.k.a being a sysadmin, packager, DBA, doing Q/A, working thru the red tape at companies to get the resources to develop and deploy applications – it became ‘unfun.’ I just wanted to write the code,” she said.

As cloud computing came into being, and compute resources became more readily available, Mueller was still on the hook for managing and maintaining the “stack” underneath. It was the advent of PaaS that brought a level of automation that promised to abstract away those bothersome bits that made coding unfun for her; she was hooked.

“My first cloud experience was with Heroku as the host, but that was proprietary which precluded any sort of peek under the hood or participation in its development. So when Cloud Foundry popped up on my radar, it got my attention. Now I could deploy where I wanted to and it had the beginnings of open source ethos but wasn’t a very inclusive or welcoming community,” she said.

That’s when she found Red Hat and OpenShift Origin, which she decided to embrace and help build the burgeoning community into an inclusive, open and welcoming FOSS community.

“Working on building the community around OpenShift and its upstream projects is my full-time job, so I feel like I’m pretty much the luckiest geek on the planet. I haven’t met a successful open source project that hasn’t been monetized in some fashion, but I’ve certainly seen projects fail when they have been unable to grow a community around their vision.” 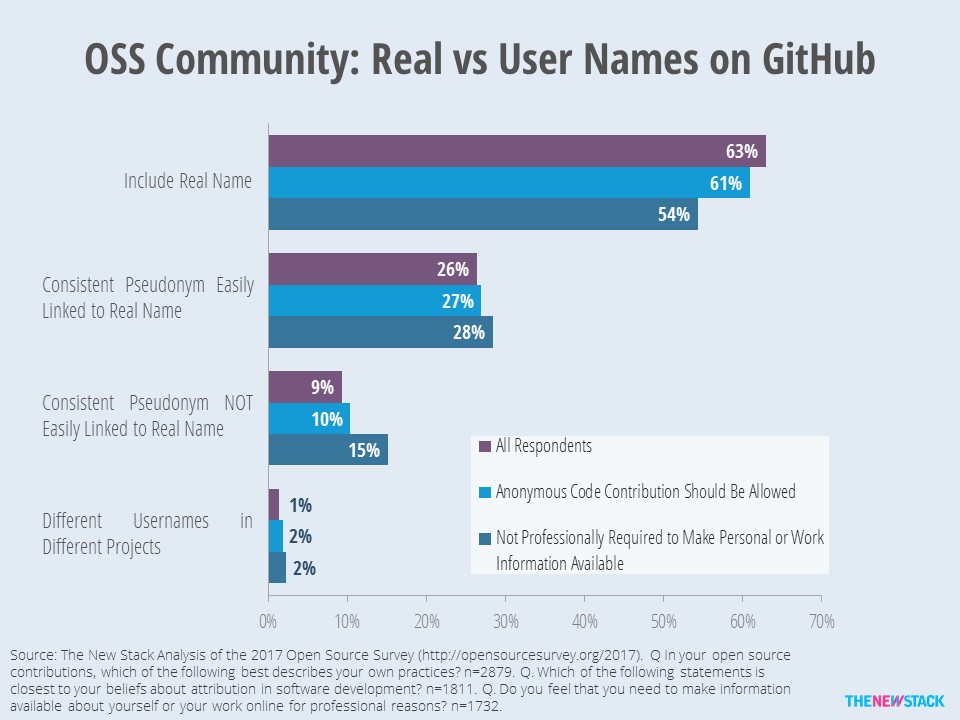 “OpenShift enables developers to rapidly build and deploy applications in containers and manage them at scale in a secure, robust platform that brings docker and Kubernetes to the enterprise. For me, this solves the problem of all the ‘unfun’ bits of application lifecycle management and make coding fun again,” she said.

While Red Hat is the “corporate” sponsor to the OpenShift Origin project, the project is a typical open source project that has a very diverse community around it. OpenShift Origin, which is the community distribution of OpenShift, has at press time more than 885 Contributors, 26,750 Pull Requests from 941 Submitters, more than 50 organizations contributing code.

Mueller added that at it is in Red Hat’s DNA to make everything open source. Talking about the value of contribution and collaboration she said, “The insights gained when we collaborate with others on projects are immeasurable. By working together on containers, security, cluster management and so much more with other organizations, we avoid re-inventing the wheel and spread the burden of maintenance, all while growing the feature sets as the technology evolves. Together, we are much more effective at driving innovation and able to create a container platform and ecosystem that meets the needs of our customers.”

Diane Mueller will be co-hosting the next OpenShift Commons gathering Dec. 5, in Austin.

The New Stack’s Lawrence Hecht provided research for this report.

The Cloud Foundry Foundation and Red Hat are sponsors of The New Stack.

Swapnil is a journalist and writer who has been covering Linux & Open Source for 10 years. He is also a science fiction writer whose stories have been broadcast on Indian radio and published in leading Indian magazines.
Read more from Swapnil Bhartiya
SHARE THIS STORY
RELATED STORIES
Do You Need a Managed Database? The Latest Milestones on WebAssembly's Road to Maturity How Donating Open Source Code Can Advance Your Career Realizing the Dream of Cloud Native Application Portability The Rise of the Kubernetes Native Database
TNS owner Insight Partners is an investor in: The New Stack, Real.
SHARE THIS STORY
RELATED STORIES
Enriching Dev Experience with Speedy Continuous Integration How Intuit’s Platform Engineering Team Chose an App Definition Do You Need a Managed Database? OpenTelemetry Properly Explained and Demoed What Do 'Cloud Native' and 'Kubernetes' Even Mean?
THE NEW STACK UPDATE A newsletter digest of the week’s most important stories & analyses.
The New stack does not sell your information or share it with unaffiliated third parties. By continuing, you agree to our Terms of Use and Privacy Policy.