Digital Identity in the Metaverse

If your identity or your assets are stolen in the metaverse, the impact could be much more significant than losing some tokens in a game.
Aug 24th, 2022 6:00am by Jeff Goldman 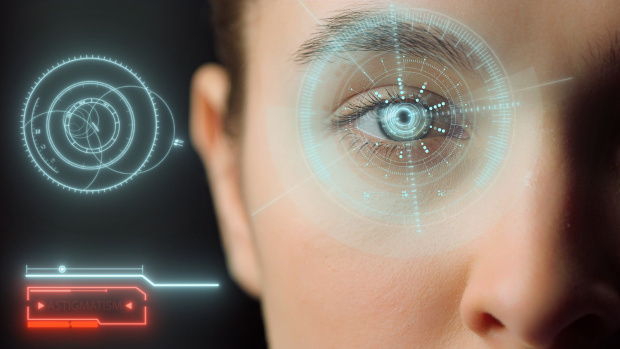 The metaverse is booming: Technavio predicts that the global metaverse market will grow by more than $675 billion between 2021 and 2026. Still, the research firm warns that privacy and security concerns may impede that growth.

Ensuring that consumers can leverage secure, easy-to-use digital identities will likely be key to success.

In an interview with The New Stack, Philipp Pointner, chief of digital identity at Jumio, said the metaverse is in many ways like a gigantic role-playing game — with one key difference. “You’re not accruing artificial game-bound currency and assets, but things that are tied to actual monetary value in the real world,” he said.

If your identity or your assets are stolen in the metaverse, the impact could be much more significant than losing some tokens in a game.

“This is supposed to be the next big step in commerce and e-commerce — you’re going to have a lot of possessions and a lot of assets in the metaverse that are worth real money,” Pointner said.

At the same time, ease of use and interoperability will be key to consumer adoption — users need to be able to maintain a consistent and secure digital identity as they move both into and between metaverse worlds. “There is a multilateral relationship of trust that is going to be built, and that’s only going to work if identity is not as cumbersome as the KYC process you go through when you open a bank account today,” Pointner said.

A Secure and Reusable Digital Identity

We’re still waiting for the right driver, Pointner said, for that kind of digital identity. “A reusable, privacy-first, user-owned digital identity, in the way that the industry is foreseeing it for the future, is still looking for its watershed moment, for the opportunity to create usefulness for consumers in a way that attracts people into these new systems,” he said.

If the metaverse proves to be the use case for which people realize they need a reusable digital identity, Pointner said, it’s unlikely to remain limited to that use alone – making security and privacy all the more crucial. “It may be widely used within the metaverse context, but you also will be able to use it to rent a car, and book your hotel, and make online purchases, and open bank accounts,” he said.

However, it’s going to take some work to get there. For now, Pointner said, the ecosystem for identity verification is extremely fractured. “All of the big tech companies are trying to do their own thing, all the governments are doing their own thing,” he said. “There has yet to be a standard to emerge to be the one to rule them all.”

The most likely candidates are a digital passport and a digital driver’s license.

The most likely candidates at this point, Pointner suggested, are the digital replacements for the documents we’re already accustomed to using: a digital passport and a digital driver’s license. “You can’t have a passport that isn’t accepted in every country, at least from the way it’s formatted and the way the data is processed — and for the driver’s license, there is an ISO standard that is making a lot of progress,” he said.

Still, it’s early days, and several other contenders remain. “You have the national eIDs, you have private sector initiatives — you have all kinds of players in the landscape right now,” Pointner said. “It’s going to be a while until the winners are filtered out.”

User Demand and Ease of Use

Any digital identity solution will only succeed, Pointner said, if it’s both useful and easy to use. “Ultimately, the question is, as a consumer with an identity app or my phone — or maybe an identity that is baked into the operating system of my phone — what can I do with it? Where can I use it? How easy is it to use? How is it secured? Is it a hassle if I change my phone? Those are going to be the things that really define who’s winning and who’s losing in this game because usefulness to the consumer is going to trump everything else.”

What’s more, consumers will only be interested in implementing and maintaining a digital identity if and when they want to conduct transactions. “If you download a mobile banking app and you open an account, you absolutely expect that the bank is going to check your identity,” Pointner said. “If you open a metaverse account and they ask for your identity, you might say, ‘Well, what did I get into now?’”

So for many users, that desire to conduct a transaction will have to come first. “This is where the familiarity is going to be much higher for the end users to understand, “Oh, yeah, this is a transaction that, in the real world, would also require me to show my ID,’” Pointner said. “So if the requirements mimic the real world, rather than just bluntly saying, ‘Well, to get access, I have to see your ID,’ I think this has a chance to be much more successful.”

It’s also worth noting that different metaverse systems may well handle identity in different ways. “You’re going to see these large tech player metaverses where there’s a desire to kind of own the consumer, and they’re going to have a more centralized viewpoint on knowing everybody’s identity — and then you’re going to have these more open, decentralized places where, yes, somewhere your identity is being written down, but it may not be visible to everybody, and it’s only shared with the knowledge of the user and full transparency.”

In all cases, Pointner said, the personal data at the core of any digital identity has to be stored in a decentralized manner. “The identity sits with the consumer, and then on-demand you’re sharing your data selectively, where needed — and also with a time bomb attached to it, essentially, where the data self-destructs when there’s no need for the company to see that data anymore,” he said.

While some companies may seek more pervasive access to user data, Pointner said, a focus on privacy is the right approach. “If you look at the European Union, the way that the EU digital identity wallets are being designed, it’s privacy-first, decentralized, and privacy by design,” he said. “I think that’s something that is increasingly going to be propagated, and that people are going to want and ask for.”

Of course, all of this is based on one big assumption: that the metaverse is going to become successful enough as a medium for commerce that this kind of digital identity will be needed. “Is it going to be yet another computer game under a different name and different marketing, or is it really going to be the case that people own houses and buy expensive shoes and own a yacht on a fake lake? Nobody knows,” Pointner said. 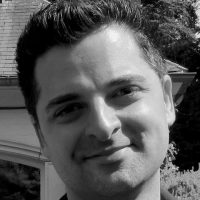 Jeff Goldman is a Los Angeles-based technology journalist.
Read more from Jeff Goldman
SHARE THIS STORY
RELATED STORIES
The 'S' Word: How Frontend Developers Can Embrace Security What Rust Brings to Frontend and Web Development Google Brings Rust into Chromium Project Wasm for the Frontend: A Look at Developer Use Cases Angular vs. React: How to Choose the Right Framework for You
TNS owner Insight Partners is an investor in: The New Stack.
SHARE THIS STORY
RELATED STORIES
Pro Coders Key to Stopping Citizen Developer Security Breach JavaScript or WebAssembly: Which Is More Energy Efficient and Faster? An Inside Look at What GitLab’s Web IDE Offers Developers A Leg-endary Year: Top 5 Internet Technology Stories of 2022 How to Work with Protocols and Get Started with ActivityPub
THE NEW STACK UPDATE A newsletter digest of the week’s most important stories & analyses.
The New stack does not sell your information or share it with unaffiliated third parties. By continuing, you agree to our Terms of Use and Privacy Policy.