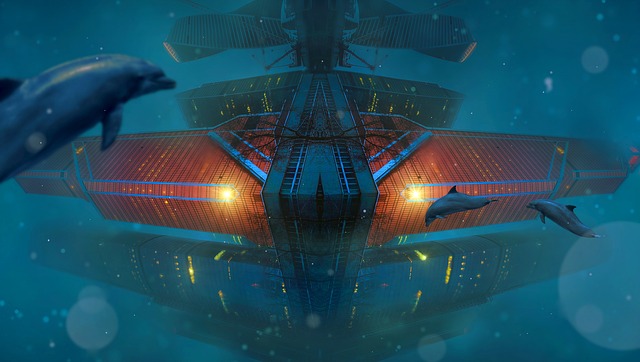 DigitalOcean, the developer-focused cloud provider, is hoping to lure even more users to its platform with a new hosted Kubernetes product. DigitalOcean Kubernetes will provide the container management and orchestration platform as a free service on top of its existing cloud compute and storage options. Users will not have to pay extra to use this Kubernetes management layer, and will only be charged standard compute rates.

“The biggest driver for this is that we’ve had a lot of business customers who are trying to scale and containerize their applications. They come to us and say, ‘I like your platform, but you don’t have native support for Kubernetes, so I have to manage all this myself,” said DigitalOcean vice president of product Shiven Ramji.

He went on to say that the “Second driver is that there are a lot of developers who don’t know or understand the complexities of Kubernetes. There are a lot of developers who are not familiar with and are somewhat scared of moving to a container world, and this is another area DigitalOcean offers value. We believe we can make the product easier to use, and we can drive learning and development. We can make it easy for developers who are not containerized yet, so they have a path to getting there,” said Ramji.

With today’s announcement, DigitalOcean has opened registration for early access to its Kubernetes offering. Later this year, the company hopes to open the platform to the public. The platform also includes support for tying Kubernetes into external systems, allowing users to build hybrid systems using the same management system for internal and external orchestration.

This first release already includes support for integrations to DigitalOcean’s block and object storage services, ensuring developers won’t have to build pipelines to persistent data repositories by hand. “Our initial version is going to be integrated with our primitives. There we will tie it very closely to block storage, and have easy integration with our object storage product. These are two places where, over time, it’ll be easy to integrate with data as a service. We will also make that easy for the user,” said Ramji.

DigitalOcean is also stepping up its support of the Cloud Native Computing Foundation (CNCF) by upgrading its membership level from Silver to Gold. The company is also contributing code back to the Kubernetes project, and other CNCF projects which it uses internally, like OpenTracing and GRPC.

The company announced this service at CNCF’s Kubecon + CloudNativeCon Europe, taking place this week in Copenhagen.

DigitalOcean and the Cloud Native Computing Foundation are sponsors of The New Stack.

A 20 year veteran technology journalist, Alex Handy cut his teeth covering the launch of the first iMac. His work has appeared in Wired, the Atlanta Journal Constitution, and The Austin American Statesman. He is also the founder and director...
Read more from Alex Handy
SHARE THIS STORY
RELATED STORIES
4 Ways to Use Kernel Security Features for Process Monitoring Kubernetes Needs to Take a Lesson from Portainer on Ease-of-Use Testkube Moves to the Cloud in Beta Release Swarm, a User-Friendly Alternative to Kubernetes Why Your Kubernetes Ship Is Sunk without Machine Learning
TNS owner Insight Partners is an investor in: The New Stack.
SHARE THIS STORY
RELATED STORIES
Kubernetes App Deployment from the Command Line DevOps: Kubernetes Help Desk or Self-Driven Innovation? Data, Analytics and AI: What Will Happen in 2023 Kubernetes Needs to Take a Lesson from Portainer on Ease-of-Use Kubescape: A CNCF Sandbox Platform for All Kubernetes Security
THE NEW STACK UPDATE A newsletter digest of the week’s most important stories & analyses.
The New stack does not sell your information or share it with unaffiliated third parties. By continuing, you agree to our Terms of Use and Privacy Policy.