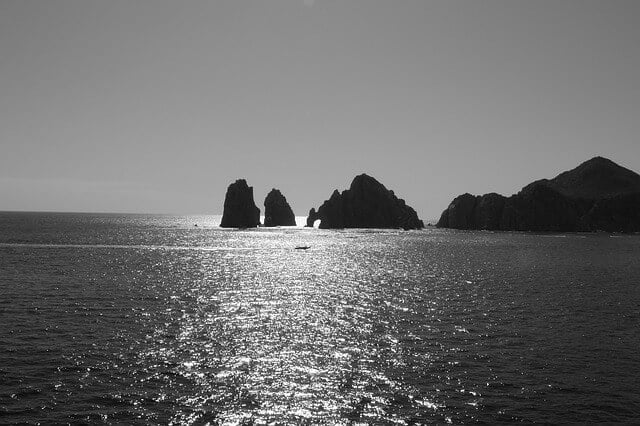 The service will use solid state drives (SSD), and will cost $0.10/GB per month, with no additional costs for data ingest or egress. The block storage will be accessible through DigitalOcean droplets, the OS-based virtual machines that are the company’s core offering. Each SSD volume can hold between 1GB and 16TB.

DigitalOcean “originally started with individual developers building websites and simple solutions,” said Julia Austin, who recently joined DigitalOcean as chief technology officer, explaining the new offering. “What we are now seeing from our customer base is more sophisticated use of the product—SaaS applications, full applications, with their own customer bases. We’re addressing that, trying to provide everything they need to run their businesses.”

Initially, DigitalOcean’s new York and San Francisco regions will offer the service, with Frankfurt to follow shortly. DigitalOcean droplets themselves can come with as much as 80GB of SSD storage. The additional storage will located separately from the droplets, and can be accessed by multiple droplets. 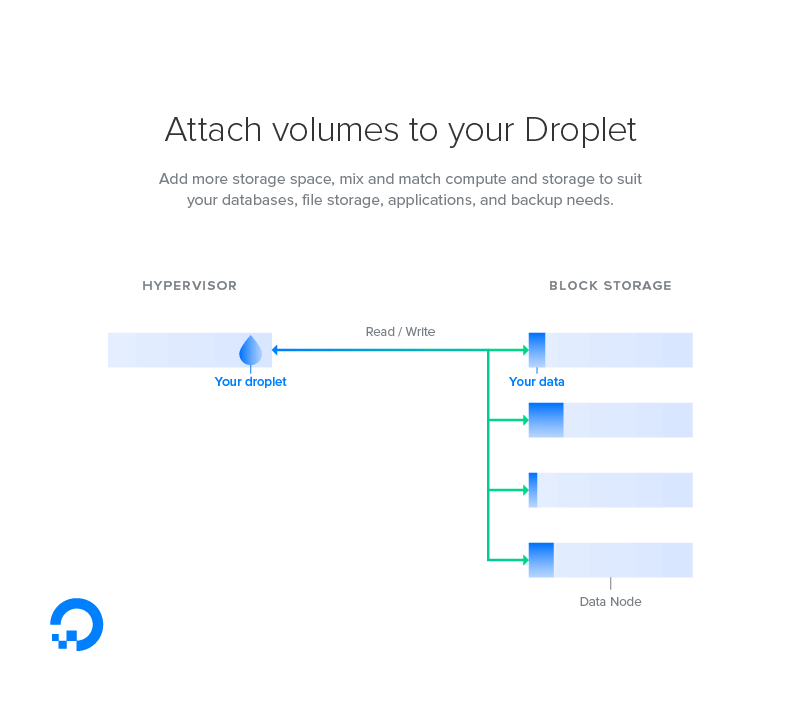 Block storage offers users raw storage volumes that can be formatted and partitioned with the user’s choice of a file system. It differs from file storage, which provides a file system, and from object storage, which allows applications to access data objects directly.

The price for DigitalOcean’s block storage falls roughly in line for what Amazon Web Services charge for its SSD flavor of Elastic Block Storage, though AWS prices vary considerably by usage pattern and region. ESB SSD stoage storage in the Frankfurt region, for instance, runs $0.119 per GB-month.

Like AWS has vowed to do, DigitalOcean promises to reduce the price of storage as the cost of the underlying SSDs continue to shrink. “Over time as hardware gets cheaper and we are able to optimize things on our side, we want to give that savings back to customers,” Austin said.

DigitalOcean will replicate the customer’s block storage, to ensure data loss never occurs through hardware failure (though it is advisable always the customer do this as well). All stored block data will be encrypted by DigitalOcean, though the user will still access the data natively.

One DigitalOcean customer enthusiastic about the news is the GitLab code hosting service. “With Block Storage, customers can now choose the right plan based on their team’s needs (amount of RAM and processors) without having to worry about limited disk space,” said GitLab developer Patricio Cano, in a statement.

DigitalOcean is one of the fastest growing cloud hosting firms. Since its launch in 2011, the company has accrued more than 700,000 customers, who have collectively created more than 18 million droplets.

Joab Jackson is Editor-in-Chief for The New Stack, assuring that the TNS website gets a fresh batch of cloud native news, tutorials and perspectives each day. He has logged over 25 years in infrastructure IT journalism, including stints at IDG,...
Read more from Joab Jackson
SHARE THIS STORY
RELATED STORIES
Choosing the Right Container Native Storage for AWS Public Cloud One Technology That Makes Renewable Energy More Efficient Bring Sanity to Managing Database Proliferation 7 Best Practices for Data Visualization Bryan Cantrill: What’s Next for Infrastructure, Open Source and Rust
TNS owner Insight Partners is an investor in: The New Stack.
SHARE THIS STORY
RELATED STORIES
Cutting Database Costs: Comcast, Rakuten, Expedia and iFood Why You Need a Centralized Approach to Monitoring  When ‘Cron Jobs’ Won't Work in Your Favor 7 Best Practices for Data Visualization Choosing the Right Container Native Storage for AWS Public Cloud
THE NEW STACK UPDATE A newsletter digest of the week’s most important stories & analyses.
The New stack does not sell your information or share it with unaffiliated third parties. By continuing, you agree to our Terms of Use and Privacy Policy.