DigitalOcean Offers a Lift to Startups with Accelerator Program 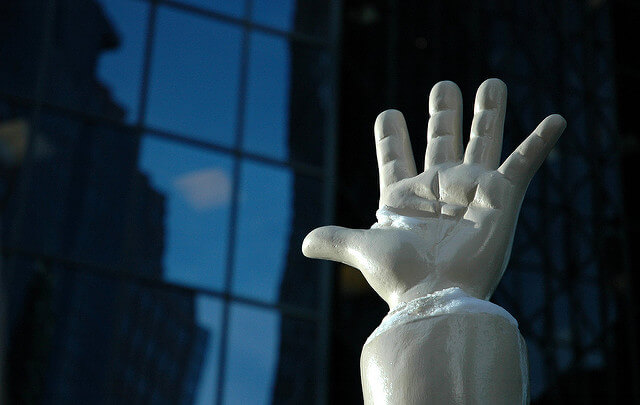 Early stage startups can get an infrastructure boost through a new accelerator program called Hatch from DigitalOcean, the New York-based cloud provider.

The company is offering founders up to $100,000 in DigitalOcean credits for a year as well as training, mentorship, priority support, and a community of other founders, accelerators, and investors.

Though cloud services make it much less expensive to get a company off the ground these days, it still can be a considerable cost. Hatch is an effort to alleviate the expense of infrastructure on new companies. And for the company, it doesn’t hurt to get fledgling startups working on its products early.

“We got started as part of the Techstars accelerator program so we understand, firsthand, the challenges and what it takes to launch and scale a company. That’s why we’re supporting the next generation of startups in getting their products off the ground,” said Ben Uretsky, DigitalOcean CEO and co-founder, in announcing the program.

To be eligible, startups must be less than two years old; have raised less than $10 million, up to series A; and involved with an approved accelerator, incubator, or VC firm. Its portfolio partners include Techstars, Crunchfund, 10,000 Startups, Atlanta Tech Village and others. However, if your company is working with another accelerator, you can ask that organization to apply for a formal partnership with DigitalOcean.

It plans to pilot the program to 100 startups in the first 30 days while it’s refining the eligibility criteria, then expand it to include a wider group.

Google, Microsoft, Amazon and IBM have similar programs for startups.

Though it may lack some of the features the giants have, it’s been building them up for its more than 700,000 customers. In July, it launched a block storage service accessible through its droplets, the OS-based virtual machines that are the company’s core offering.

In a TNS interview, Austin said that the company’s focused on making infrastructure really simple for companies that really just want to focus on the business.

When the company announced $83 million in Series B funding last summer, it said it would use it to build features that developers have been asking for, such as load balancing, to expand its global footprint, and to add more network and software engineers.

Its combination of affordable infrastructure, rapid provisioning, developer focus and heavy emphasis on ease of use “is clearly the right recipe for a large market of developer customers,” 451 Research said of the company.

Susan Hall is the Sponsor Editor for The New Stack. Her job is to help sponsors attain the widest readership possible for their contributed content. She has written for The New Stack since its early days, as well as sites...
Read more from Susan Hall
SHARE THIS STORY
RELATED STORIES
Neo4j 5 Hits GA with Major Performance, Scalability Improvements OpenTelemetry Properly Explained and Demoed How Web Tech Got This Way and How It May Evolve in the Future Making It Easier to Build Apps with Time Series Data Case Study: How SeatGeek Adopted HashiCorp’s Nomad
TNS owner Insight Partners is an investor in: Unit, SpotHero.
SHARE THIS STORY
RELATED STORIES
How Do We Protect the Software Supply Chain? Case Study: How Dell Technologies Is Building a DevRel Team Jamstack Panel: Multiple JavaScript Frameworks Are a Good Thing LaunchDarkly: Feature Management Is a Must-Have Devs Are Excited by ActivityPub, Open Protocol for Mastodon
THE NEW STACK UPDATE A newsletter digest of the week’s most important stories & analyses.
The New stack does not sell your information or share it with unaffiliated third parties. By continuing, you agree to our Terms of Use and Privacy Policy.