DigitalOcean has launched its managed Kubernetes service at this week's Kubecon conference in Seattle, Washington.
Dec 11th, 2018 8:00am by Mike Melanson 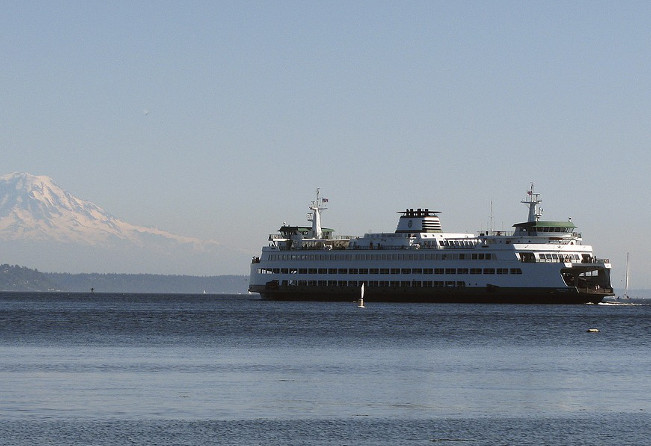 Developers don’t want to spend all their time trying to figure out infrastructure issues, they want to write their code and get it up and running as quickly and easily as possible. That’s the thinking behind a new managed Kubernetes service by DigitalOcean, a cloud service that bills itself as the “simplest cloud platform for developers and teams.”

The service was launched at this week’s Kubecon + CloudNativeCon 2018 conference in Seattle, Washington.

While there are already several mature managed Kubernetes services out there, such as Google Kubernetes Engine (GKE) and Microsoft Azure Kubernetes Service (AKS), DigitalOcean’s integrates with its other services, offers full support 365 days a year, and comes as an offering to its already booming community.

After first offering early access in May to its Kubernetes-as-a-service offering, nearly 30,000 developers have signed on for early access and the company now says it is available “to all developers worldwide” starting today. Although the company is withholding the claim of “general availability,” as it says some key features are yet to be implemented, it said in a statement that the offering is “production-ready and fully-supported.”

According to Shiven Ramji, vice president of product at DigitalOcean, the official GA release is likely slated for sometime in the first quarter of next year.

“The only reason it’s not a GA release is simply because we have some additional features we’re building that are going to be important,” said Ramji. “We are still working on providing a private registry component and looking to have it integrated with our private networking capabilities, in addition to the ability to update clusters, as well as some additional security features.”

Nonetheless, this latest release builds upon the first, which the company says “focused on simplifying the most critical needs of developers when deploying Kubernetes containerized apps.” Those features included “node provisioning, durable storage availability, security, and scalability,” as well as the ability to implement continuous integration and continuous delivery (CI/CD) workflows. After listening to early users, DigitalOcean says the offering now provides a guided configuration experience to help with provisioning, configuration, and deployment, open APIs to simplify developer tool integration and programmatic cluster and node management, and expanded version support.

Specifically, Ramji said that the company intends to support the three latest stable versions of Kubernetes, with support for the latest version coming within a month or two of its release. In terms of alpha and beta feature support, Ramji said they expected to open up support for beta features over time, but alpha features were not yet determined.

In describing DigitalOcean, Ramji emphasized the company as one not focused on offering every feature and possibility, but rather those most used and needed, and it seems its managed Kubernetes offering will follow a similar path.

“Unlike other cloud providers, we have kept our product assortment fairly simple and limited the number of products we’ve offered,” said Ramji. “We don’t need developers to have five different ways to deploy a Node.js application, but instead support two of the most popular ways.”

In terms of what’s next, Ramji said that the project aims to always support native Kubernetes abilities out of the box, but also plans on offering observability features sometime in next year. All users, he said, will get some basic custom monitoring, with the ability to upgrade for more detailed metrics. Also likely next year, the company plans on providing the ability to integrate with other CNCF tooling, such as Prometheus.

In addition to all of these new features, the company said it is unveiling several other announcements at KubeCon, including its recent achievement of becoming a Kubernetes Certified Service Provider, offering a DigitalOcean API, which also offers full Kubernetes support and allows users to hook up infrastructure provisioning workflow, and Terraform integration.

Mike is a freelance writer, editor, and all-around techie wordsmith. Mike has written for publications such as ReadWriteWeb, Venturebeat, and ProgrammableWeb. His first computer was a "portable" suitcase Compaq and he remembers 1200 baud quite clearly.
Read more from Mike Melanson
SHARE THIS STORY
RELATED STORIES
Docker versus Kubernetes: Start Here Retrospective: Why Was Cloud Foundry at KubeCon? Spotify's Backstage: A Strategic Guide .NET 7 Simplifies Route from Code to Cloud for Developers Do You Need a Managed Database?
SHARE THIS STORY
RELATED STORIES
How Intuit’s Platform Engineering Team Chose an App Definition Livin’ Kubernetes on the (Immutable) Edge with Kairos Project Do You Need a Managed Database? Meet SIG Cluster Lifecycle and Cluster API Maintainers at KubeCon Does Your Database Really Need to Move to the Cloud?
THE NEW STACK UPDATE A newsletter digest of the week’s most important stories & analyses.
The New stack does not sell your information or share it with unaffiliated third parties. By continuing, you agree to our Terms of Use and Privacy Policy.