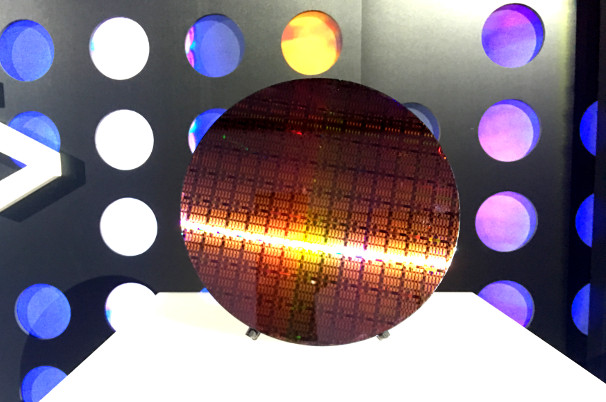 What do gamers, data analysts, application server developers and continuous integration maintainers all have in common? The need for speed. DigitalOcean, the New York-based cloud service provider, delivered on that potential today with its new line of High CPU servers.

Responding to a LOT of developer requests, according to Shiven Ramji, vice president of product, DigitalOcean designed these new Droplets (DigitalOcean virtual servers) to be 4x faster than standard Droplets, in terms of CPU performance. The Central Processing Unit (CPU) is responsible for carrying out the instructions of a computer program, interpreting and executing the program commands.

“It’s a response to developers who need access to newer and higher performing CPUs,” said Julia Austin, chief technology officer of DigitalOcean. “These Droplets are backed by Intel’s most powerful processors to deliver maximum CPU performance.”

Driven by Intel’s newest generation of processors, the Intel Xeon Scalable processors work in combination with DigitalOcean’s own software and provisioning code to provide the speed. A group of engineers started working on the product earlier this year after Austin announced an aggressive, year-long upgrade timetable aimed at making DigitalOcean products easier to use at scale.

The internal team built on the simplicity of the core Droplet product, said Ramji. Their commitment was that the High CPU Droplet so would connect to all other DigitalOcean products and keep to the 55-second provisioning window for their current Droplets.

Earlier this year, they launched a high memory Droplet, and this is the next step geared towards making CPU-intensive workflows more proficient, said Ramji. While standard Droplets have a healthy balance of RAM, CPU, and local SSD-based storage, the high memory Droplets are designed to run large-scale databases or distributed in-memory caches.

DigitalOcean has a straightforward pricing plan, with five choices, starting at $40 per month or $0.060 per hour and scale from two to 32 vCPUs, three to 48 GB of RAM while maintaining 20 GB of local SSD storage.

“We’re building on the theme that we want to remove any and all friction for the developer to get to developing,” said Ramji. “Our developers are going to be thrilled to work with DigitalOcean in this new environment,” he said, calling it a “delightful experience.”

This newest feature is the latest in a year of releasing functionality including scalable firewalls, load balancing, droplet monitoring, all aimed at making DigitalOcean droplets useful for developers at scale.

Read the tutorial on how to use High CPU Droplets here.

TC Currie is a journalist, writer, data geek, poet, body positive activist and occasional lingerie model. After spending 25 years in software development working with data movement and accessibility, she wrote her first novel during National Novel Writing Month and...
Read more from TC Currie
SHARE THIS STORY
RELATED STORIES
AWS Re:Invent Left Attendees with More Questions It Doesn’t Matter How Much You Spend on AWS Google Makes Postgres-Compatible AlloyDB Generally Available Data, Analytics and AI: What Will Happen in 2023 Serverless vs. Kubernetes: The People's Vote
TNS owner Insight Partners is an investor in: Unit, The New Stack.
SHARE THIS STORY
RELATED STORIES
Coherence Strives to Streamline Cloud Developer Experience Is Low-Code Development Better for the Environment? How Jit Builds a Platform Engineering Mindset in the Cloud Qlik Plans to Acquire Talend. Is it a Data Management Double-Dip? Data, Analytics and AI: What Will Happen in 2023
THE NEW STACK UPDATE A newsletter digest of the week’s most important stories & analyses.
The New stack does not sell your information or share it with unaffiliated third parties. By continuing, you agree to our Terms of Use and Privacy Policy.