After Discovering the Higgs Boson, CERN Integrates OpenStack with Kubernetes 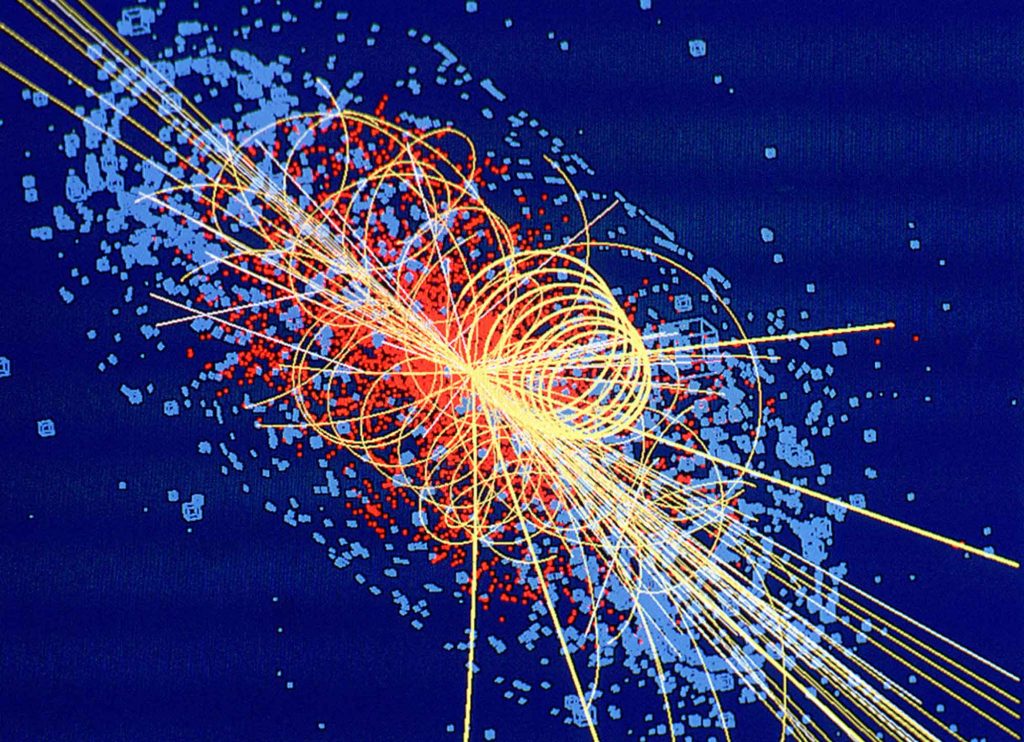 The beauty of a scientific program, whether it be centered around a module orbiting the planet or a subatomic particle riding a narrow, ring-shaped corridor underground, is that it compels its participants to solve bigger problems in new and untried ways. The space program prompted NASA to create new ways to envision the way computers work. “Software” was a catch-phrase NASA engineers came up with to refer to digital programs that did the work of mechanisms. Shipping containers packed with servers outside Kennedy Space Center and the Jet Propulsion Laboratory became the seeds for the world’s first clouds.

In Switzerland, the European Organization for Nuclear Research (CERN) operates the Large Hadron Collider. Already nearly five years ago, researchers at the LHC confirmed the existence of a theoretical particle, the Higgs Boson, which was predicted by a theory of symmetry at the subatomic level.

Yet CERN finds time to innovate in the field of computing as well. The organization presently outsources its data center facilities to several firms, including one that utilizes a genuinely innovative cooling system that involves immersing its servers completely in mineral oil.

Now, joining forces with Rackspace — the first commercial firm to emerge from the NASA cloud experiment, from which OpenStack was born — CERN has provided a testbed for OpenStack to integrate with the Kubernetes open source container orchestration software, by way of the former platform’s native Magnum component. They’re solving the integration problem without splitting the atom.

At the end of 2015, CERN needed a way to effectively distribute workloads across its data centers (including those that it leases from other service providers) throughout Europe. As CERN staff member Ricardo Rocha told attendees at OpenStack Summit 2017 in Boston on Wednesday, Magnum was one of the few options for integrating container orchestration with OpenStack at the time, so it began building a container service on top of Magnum in early 2016.

“Magnum also had the possibility for choosing the container engine. This was very important for us,” said Rocha. “We had groups of people who were pushing for Kubernetes; we had groups of people who were already using Mesos; and others who were just using plain Docker, and they wanted to rely on the Docker API, where Swarm has great potential. We wanted this to be easy to use, so people don’t have to understand complicated templates for how to configure their clusters.”

Helping CERN launch its project was Rackspace distinguished architect Adrian Otto. In addressing attendees here in Boston Wednesday, Otto answered one of the questions we raised in our preview of this conference: What happened to Magnum?

That choice gave CERN the option of mixing container orchestrators among clusters. Rocha told attendees that, while the organization currently operates about 40 Kubernetes clusters, it also runs some 20 or so on Docker Swarm and five on Mesosphere DC/OS.

Otto drove home another of the principal reasons why OpenStack may provide a more complete solution for containerization than just an orchestrator acting as an IaaS provider: Magnum enables multi-tenancy. (The Hyper.sh project also seeks to provide multi-tenancy for Kubernetes, but it’s doing so by mixing in code from Magnum and other OpenStack components).

“So you can have clusters that are side-by-side, of the same time or of a different type,” Otto continued, “but that are guaranteed never to share the same kernel with each other. Which is important for security installation reasons. Because of the way that Magnum works, you get multi-tenancy not just at the control plane — which you might be accustomed to with your favorite orchestration system — but all the way down through the entire cloud.”

OpenStack veterans are accustomed to provisioning resources through a template using the Heat component. That’s a file artifact, as Otto explained, presented to the orchestrator to produce a stack. “The disadvantage of that model,” he continued, “is that it’s not represented in a way that’s reusable by all the users of your cloud. Every user needs to have his or her own file artifact, in order to produce the stack.”

That’s because OpenStack did not originally envision the need for creating an environment within an environment, where the contained environment is a model for something common and ephemeral instead of unique, special, and indestructible. So for Magnum, OpenStack introduced an API resource which the administrator can expose as a public resource. That resource may then be borrowed by other users to produce containerized clusters.

Yes, this may not be new information, at least in terms of published literature. But for some who are investigating the question of why an orchestrator may need an infrastructure stack and vice versa, it’s old information that points the way to a new solution. Though Kubernetes is frequently offered as an infrastructure solution, including from some of OpenStack’s best friends, many organizations need to stand up private clouds that work like public clouds and not like Google (specifically, like Google internally).

I asked Ricardo Rocha, what innovations has CERN made to its infrastructure, whose benefits may then be shared upstream with the rest of the community. 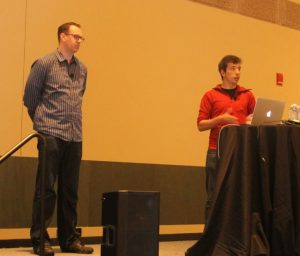 Through CERN’s OpenLab, produced in conjunction with Rackspace, the organization is now contributing upstream to the Magnum project, responded Rocha [pictured right with Adrian Otto]. “We actually have a person at CERN from this collaboration [Tim Bell] who became part of Magnum, nd has been contributing all the features that we require internally.

Then there are these side projects, like integration with Cinder, contributions to libstorage, which is the library that Swarm is using to provide Cinder support. We’ve done a couple of patches for the OpenStack driver for Kubernetes. And we are reaching out to the communities to work with them. That worked really well for OpenStack, and we count on doing the same for other projects.”

It is a firm, solid, and evidently working example of an organization dedicated not just to the public interest but the betterment of humanity. Oh, yeah, and Rackspace. Answering users’ inquiries with working code, as open source was designed to do. Maybe certain countries lack a space program, but it may not take — or need — a country anymore to drive the evolution of the data center.

Scott M. Fulton III leads the developer content team at Neo4j, and before this, was a 37-year veteran producer and editor, including for The New Stack, where he created the Context podcast. He produced the Scale blog for ZDNet, was...
Read more from Scott M. Fulton III
SHARE THIS STORY
RELATED STORIES
Kinsing Malware Targets Kubernetes The Top 4 Threats to Securing Your Cloud Infrastructure Choosing the Right Container Native Storage for AWS Public Cloud MicroK8s and Portainer Is The Easiest Way to Deploy an Application on Kubernetes Crossplane: What Most People Get Wrong (and How to Get It Right)
TNS owner Insight Partners is an investor in: Docker.
SHARE THIS STORY
RELATED STORIES
I Need to Talk to You about Kubernetes GitOps Kinsing Malware Targets Kubernetes Agent-Based vs. Agentless Security: Which Approach Is Better? Microsoft Makes Azure Load Testing Generally Available Kubernetes Needs to Take a Lesson from Portainer on Ease-of-Use
THE NEW STACK UPDATE A newsletter digest of the week’s most important stories & analyses.
The New stack does not sell your information or share it with unaffiliated third parties. By continuing, you agree to our Terms of Use and Privacy Policy.