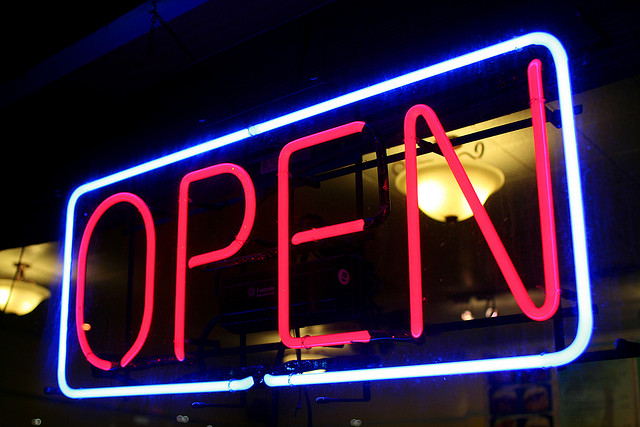 Editor’s note: The New Stack Founder Alex Williams will be at a Fireside Chat hosted by Pivotal on May 29 in Palo Alto to discuss open source in the enterprise. Registration is now open.

These two organizations’ approaches to open source contrast how open source movements are evolving and give testament to the strategic importance that an open strategy offers. These approaches also highlight the way companies manage open source projects, why the question of ownership is so important. It’s that ownership which is defined by the trademark.

The “Mark,” as the trademark  is called, has a deep history in the open source software movement. It gives the creators the ability to share the code but also to maintain some control.

It serves as  a way for Mozilla, for example, to keep tight control over how the organization’s technology is used. The Linux trademark is owned by Linus Torvalds. The trademark and its logo gives users the assurance that they are getting an operating system they can trust. MongoDB, Inc. owns the trademark for the open source database. jQuery is run by a foundation with sponsors such as IBM and WordPress.

CFF and Docker reflect how the concept of ownership has changed, especially in the past few years with the advent of app development. There are higher stakes. Both Pivotal and Docker have significant venture and corporate backing. Pivotal faces pressure to make the Cloud Foundry PaaS a success over competitors such as Red Hat OpenShift. Docker’s container technology is receiving nearly unprecedented developer attention for its lightweight capabilities. But Docker, too, faces competition even from Red Hat, one of its closest allies. How these two organizations manage their communities and define their trademark policies will in large part affect their success.

CFF has a model similar to that of OpenStack,  the group that helps companies build open cloud initiatives. CFF will own the trademark. As with OpenStack, CFF will have a board that manages the organization and the trademark. It has platinum, gold, and silver sponsors. The platinum sponsors pay $500,000 per year over a three-year contract. IBM, EMC, HP, Pivotal, Rackspace, SAP, and VMware are platinum members of CFF. Verizon, Capgemini, Intel, and Accenture are now gold sponsors.

Docker owns the trademark to the Docker name. Though young, it has adopted an advisory board, which is common among most young open source efforts. Docker’s Solomon Hykes, who led the development of the technology, will serve as chief maintainer for the Docker advisory board. According to the Docker website, the advisory board will have 15 members with two 2 seats for the top core maintainers and up to 12 additional seats: 4 corporate seats, 4 individual or small business seats, and 4 “user” seats. There are no fees or sponsorships required for membership. The membership term is 12 months. A chairperson and vice chair from among the members will serve a renewable six-month term.

The advisory board will provide four seats to the top contributors. Corporations will also have seats. Companies will need to meet certain criteria to serve on the board, including having committed to integrating Docker into widely used products under terms set by Docker.

The Question of Ownership

In 2012, VMware CEO Paul Maritz left VMware to work with EMC Chairman Joe Tucci. Maritz is now Pivotal’s CEO. As I wrote in a post on TechCrunch at the time, the Pivotal technology draws from EMC and VMware’s stable of products and services, either developed internally or acquired. The Cloud Foundry PaaS, SpringSource and Gemstone and EMC’s Greenplum and Pivotal Labs’ groups form the foundation for one “virtual organization.”  Cetas, VMware’s big data analytics solution, is also part of the group. Pivotal describes itself as an enterprise PaaS, showing the importance it places on Cloud Foundry.

CFF will be most concerned about a focus on leadership and quality of code base, said Mike Maxey, senor director of strategy and corporate development at Pivotal. Maxey also said open source has become the way that standards are built.

It’s the word “standards” that for me shows the difference between CFF and the Docker advisory board. CFF primarily represents a group of companies collaborating on an open source code base. It’s similar to a standards effort that is steered by the largest players in the market. It’s also a reminder of  the similarities CFF has with the OpenStack Foundation, which caters to a community of  companies that participate in the different projects.

The OpenStack group first emerged in 2010 as a Rackspace and NASA project. In its first phase, the group also had an advisory board. In 2011, Lew Morman, Rackspace’s president at the time, announced plans for an OpenStack Foundation to manage the open source effort. To fund the foundation,  the organization offered sponsorships that allowed for companies with the financial resources to contribute and to define the direction of the organization. The foundation board has 24 members. Eight individuals are appointed by platinum members. Eight are elected by the gold sponsors, and eight are elected by individual members.

The board is chartered to manage the foundation and the OpenStack trademark. In turn, the projects inside OpenStack develop the technology to guarantee that it meets the trademark’s requirements. The processes that accompany a trademark are managed at the board meetings. For example, in March, the board discussed the criteria when evaluating “whether a given capability will be required in order to use the trademark,” writes Mark McLoughlin, a consulting engineer at Red Hat, in a blog post at the time. He is a member of OpenStack’s technical committee and of OpenStack Foundation’s board of directors.

The process gets complicated and shows just how much importance is placed on the development actually done within the different OpenStack projects. There are far-reaching implications such as how compatibility is actually defined and to what extent different vendors support everything from APIs to drivers.

The separation of technical matters and trademark discussions are bound to cross as they did in March when Mirant’s co-founder Boris Renski introduced the idea of driver testing and how it might relate to trademark usage to the OpenStack board. McLoughlin wrote, “Part of the discussion revolved around the automated testing requirements projects were placing on projects, how that worked in practice, the ramifications of that, how deprecating drivers would work, whether a driver being in-tree implied a certain level of quality, etc. I felt the board was really off in the weeds on a topic that is under the authority of the individual projects and the TC. For example, it was easy to forget during the discussion that PTLs ultimately had the discretion to waive testing requirements for individual drivers.”

Docker’s efforts are similar to other open source efforts that start with an advisory board to begin the process of managing the operations that inevitably stem from any growing open source effort. But Docker is not just growing; it is booming. It picked the right time, the right technology direction, and the right name noted Adrian Cockcroft of Battery Ventures in a recent interview I had with him.

Docker’s genesis came out of dotCloud, the PaaS that Hykes co-founded. He and a small team at dotCloud developed the lightweight container technology as an internal project and released it as an open source project  in March of 2013.

The last thing Docker wants to do is to slow down that momentum. The balance comes with how to manage all the parties with some interest in Docker’s future. About 95 percent of Docker’s contributors are from outside the company. Companies are starting to use the technology in production even though the technology has not yet even reached version 1.0.

Docker has companies as part of its ecosystem that have a stake in the future of the project. It could steer toward an OpenStack model and create a foundation or turn over its trademark to the Apache Foundation, which would then manage it.

There are open source examples that were killed because they were weighed down by bureaucrats or the project was dependent on financial supporters, Golub said. There is also the concern about the issues that come with projects whose momentum is determined only by financial contributions.

“We want Docker to be driven by the contributors. To date, at least we have gotten to the point where we have independent contributors. That to us is sustainable. Certainly companies like Red Hat have made substantial contributions to the code base. We think that is important. We also want large communities of people.”

An OpenStack model is something that Docker is considering, Golub said. But it will be another year or two before that is decided.

We don’t want to break something that is working well.

Docker still has a small leadership group, but it’s more about the overall contributor base that will define Docker’s direction. But even if that is so, ownership does matter. That’s quite apparent with OpenStack, which has become an open source project defined by the board of directors. If not managed correctly, the trademark issue could be a hindrance and debilitator for the different projects and the companies that are investing their own money into the overall technology infrastructure.

Cloud Foundry and Docker are certainly representative of open source success stories. For these organizations, structure becomes a necessity. But the entity with the power to determine the direction of the organization is always the winner in the end.

Alex Williams is founder and editor in chief of The New Stack. He's a longtime technology journalist who did stints at TechCrunch, SiliconAngle and what is now known as ReadWrite. Alex has been a journalist since the late 1980s, starting...
Read more from Alex Williams
SHARE THIS STORY
RELATED STORIES
What Is the Docker .env File and How Do You Use It? Agent-Based vs. Agentless Security: Which Approach Is Better? Data, Analytics and AI: What Will Happen in 2023 Platform Engineering Won’t Kill the DevOps Star The Top 4 Threats to Securing Your Cloud Infrastructure
TNS owner Insight Partners is an investor in: Docker.
SHARE THIS STORY
RELATED STORIES
Platform Engineering Won’t Kill the DevOps Star Agent-Based vs. Agentless Security: Which Approach Is Better? What Trouble Awaits Cloud Native Security in 2023? Kinsing Malware Targets Kubernetes Kubernetes App Deployment from the Command Line
THE NEW STACK UPDATE A newsletter digest of the week’s most important stories & analyses.
The New stack does not sell your information or share it with unaffiliated third parties. By continuing, you agree to our Terms of Use and Privacy Policy.