We caught up with Docker to discuss the new changes and the hubbub around Docker Desktop's pricing changes, which involve charging a subscription for companies with more than 250 employees or annual revenue greater than $10 million.
Sep 28th, 2021 8:30am by Mike Melanson 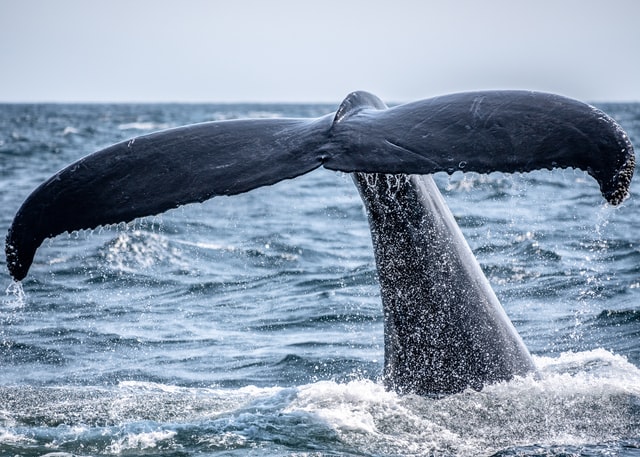 At the end of August, Docker announced that they would be changing the pricing for its popular Docker Desktop, a move that was met with a flurry of criticism on sites like Twitter and Hacker News, alongside discussions around potential alternatives.

From the outside perspective, it might seem like an unpopular move, but last week, Docker begged to differ, as Docker CEO Scott Johnston wrote in a blog post that they had seen “overwhelming, positive support from our community, both individual developers and businesses” and that “support has been so overwhelmingly positive that we’re able to accelerate our investment and delivery of several highly-requested Docker Desktop features in our public roadmap.”

We caught up with Johnston to discuss the new changes and the hubbub around Docker Desktop’s pricing changes, which involve charging a subscription for companies with more than 250 employees or annual revenue greater than $10 million.

Johnston said that, counter to the seeming backlash on social media, the move had “generated hundreds and hundreds of leads to the tune of hundreds of thousands of seats that are converted into opportunities and making their way down the funnel.”

For companies affected by these pricing changes, Docker says that it “trusts” its customers to be in compliance by Jan. 31, 2022.

As for the prospect of companies actually switching away from Docker Desktop to make use of their own open source alternatives, Johnston said that, at version 4.0, the company has received so much feedback and done so much in response, that he didn’t think it was likely.

“We’ve shipped four major releases over five years to hundreds of millions of downloads. Never say never — it’s software, and sure, someone could back up a truck of money and throw money at a bunch of engineers and such — but, to assume that overnight, folks can hack together a solution on their desktop with a bunch of open source, you know, just you look at the numbers there,” said Johnston. “Is that the same as five years of hundreds of engineering person-months of engineering investment? I mean, I’ll let you do the math.”

Johnston also pointed to a recent Gartner by analyst Fintan Ryan report on how companies should manage the recent licensing changes to Docker Desktop, and noting that the report “came down very solidly in terms of ROI, in terms of having developers spend time building apps for the business versus spending time DIY-ing their local environment and maintaining that environment” and all of the associated costs regarding security and engineering resources.

“Right now we don’t see directly comparable alternatives to Docker Desktop, but some alternatives, with additional work, exist,” Ryan further explained by email. “Our advice is to carefully evaluate the opportunity cost of replacing Docker Desktop (in terms of engineering time and cost, ongoing maintenance, functionality used) versus the licensing fees. For some orgs with very large teams this may make sense, for many it won’t.”

Beyond this cost-benefit analysis, Matt Carter, vice president of marketing at Docker, also pointed out that “the majority of the people that were using Docker desktop still are able to use it for free, if you’re in a small company, if you’re in a nonprofit working on open source projects,” and that none of the open source licensing on any of Docker’s products would be changing.

Johnston pointed to Docker Desktop for Linux as more than simply adding on more developers to the list of those who could use Docker Desktop.

“It’s not just for development consistency, but they can also then apply consistent security policies, consistent management of secure software supply chain, of content that developers are pulling down. Linux is anywhere between 20% to 25% of the market for developers, but the value to the organization is much more,” said Johnston.

For Docker Compose 2.0, the Docker team rewrote the original tool completely, moving from Python to Go, and added integrations with AWS and Azure, support for Apple M1 silicon, and support for desktop GPUs. The move from Python to Go is significant, Johnston explained, because Go is not an interpreted language, like Python, and therefore offers a greater speed.

“Having an engineering team rewrite existing functionality, you might say is not the best ROI, but we knew this is important to users to give them that speed of compiled languages,” he explained.

While these are the features Docker Desktop users can look forward to in the near term, Johnston also said that Kubernetes compatibility was a realm the company would also be focusing on in the future.

“We continue to hear developers want additional simplification of building and deploying apps to Kubernetes. We have a feature that abstracts out the complexity of Kubernetes, and makes it easy for Docker Compose users to deploy. You’re going to see us continue to invest there to make that even simpler,” said Johnston.