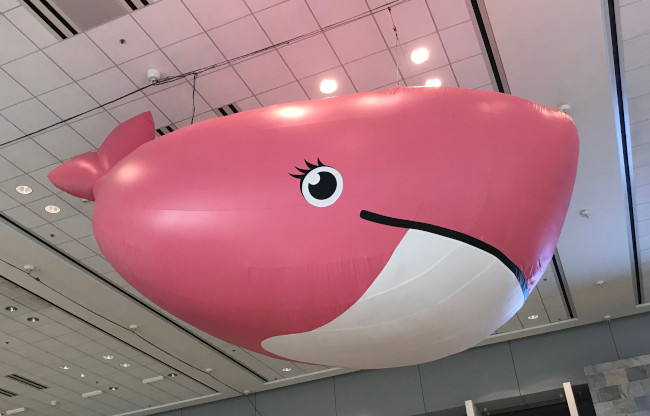 Docker has released the third major iteration of Docker Enterprise, the company’s platform for managing containers in a professional setting.

Docker Enterprise 3.0 fully incorporates the company’s desktop developer interface, offering an automated workflow from the developer to operations. It also comes with a simplified Kubernetes service, and new support for multi-service applications. The company is also offering Docker Enterprise as a managed service, in conjunction with CapGemini.

“You have the early adopters of technology who love getting their hands deep into the configurations, but as adoption of Kubernetes grows, you can’t only appeal to those bleeding edge individuals anymore. We have to kind of make this work for the masses,” asserted Jenny Fong, Docker director of product marketing.

With the addition of Docker Desktop, this software is the only commercial software that can seamlessly manage a container from the developer’s desktop to a cloud- or internal-based production environment managed by Kubernetes, Fong asserted.

One addition that helps automate the application delivery is a new package of tooling, called Docker Applications, which provides a set of scaffolding with the common elements needed to build an app, using the Cloud Native Application Bundles (CNAB) standard developed by Microsoft and Docker. It can identify and build, from Docker Hub, the containers needed and creates the Docker Compose and Kubernetes YAML files, Helm charts, and other required configuration settings.

With CNAB, the developer can define an application regardless of what platform it runs on, by using parameterized fields.

“With the simple command line you can change the default port or the default orchestrator, even if you want to switch between Kubernetes or the number of replicas,” Fong said.

Docker Applications sets the stage for deploying an application across multiple variant environments — in conjunction with other, existing Docker packages such as application templates, application designer and Version Packs.

Another core component here is the new Docker Kubernetes Services (DKS), which provides a way to install, configure, manage and scale container-based applications across the different environments. In addition to setting up the YAML, and Helm charts, DKS also provides security and RBAC (role-based access controls), PKI certification, and automated life cycle management.

“Docker Kubernetes service is the the only platform that has the ability to deliver Kubernetes for both the desktop and server environment and make sure that the applications are consistent throughout,” Fong asserted.

Aimed at addressing the shortage of cloud native engineers, and built on Docker Enterprise, Docker Enterprise as a Service is a fully managed offering that will be globally available, and can be run on any cloud or on premises.

With Azure Container Service (AKS) or Amazon Web Services’ Elastic Kubernetes Service (EKS) “what you get is managed clusters,” Fong said. In contrast Docker as a Service is “managed everything, all the way up to bringing your own containers on top.”

With this work, the company coordinated its efforts to provide an end-to-end platform stack.

In particular, the company looked at the handoff of moving a container between developers and the operations teams.

“When we are looking at how mainstream enterprise organizations actually manage that complexity — especially if they have limited expertise around Kubernetes on their staff and if they don’t have the ability to hire and find the talent,” Fong said.

Docker Enterprise 3.0 is now available is beta form, with the full production-ready version to be released later in the year.