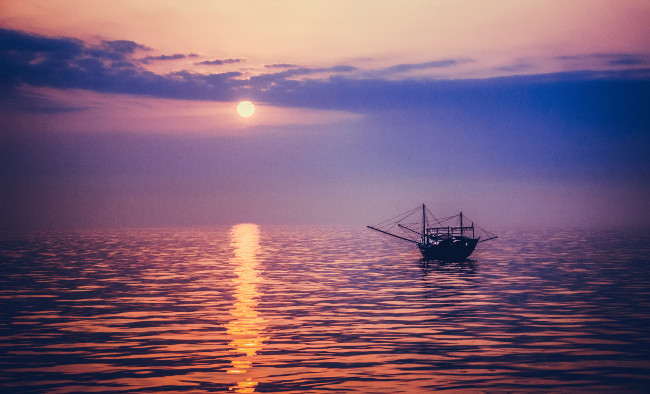 Back in October, Docker shifted to support the Kubernetes container orchestration software, in addition to its own orchestrator, Swarm. This week, the company has fully integrated Kubernetes into its Docker Enterprise Edition, with the release of version 2.0. The platform will continue to support Swarm, but will now allow users to choose between the two schedulers, and to take advantage of existing Docker EE features in Kubernetes for the first time.

“What Docker did in 2013 when we first open sourced the project was to make a powerful and yet obscure and technically difficult corner of Linux — containers — easy to use for sysadmins and DevOps teams alike. We’re bringing that same perspective to Kubernetes. We’re taking what is a very powerful technology out of Google, and within the Docker EE stack, we’re productizing it and making it adoptable by enterprise teams without them having to do training,” said Scott Johnston, Docker chief operating officer.

The idea that teams won’t need to be retrained in order to utilize Docker’s distribution of Kubernetes is a theme Johnston touched on over and over when speaking with the New Stack about this release.

The Docker EE 2.0 platform includes many new and updated APIs to hook into existing enterprise environments. Johnston said this release aims to remain wide open for customization, and can already allow teams to plug Jenkins and GitHub Enterprise into deployment pipelines that plug into Kubernetes or Swarm.

This also extends to the security layer, where Docker EE 2.0 includes node-level roles-based access controls. “This allows you to do secure things operationally,” said Johnston. “The application team A can send their containers into a cluster, as can application team B, but a team’s containers cannot see or disturb or interrupt anything on the container B side. If one is vulnerable — say that thing broke out of its container — it’s not going to disturb anything else. It’s all partitioned off logically inside the cluster.”

This means that the organization can set up a secure software supply chain for Kubernetes clusters. “When developers make changes to a container they push, this triggers an automatic binary scan of all the layers in the stack able to look for vulnerabilities, look for version numbers, software licenses,” said Johnston.

Today, there are now over 20 vendors with their own Kubernetes offerings in various forms, and Docker is just one among the dozens. To that end, however, Johnston and the Docker team are adamant that their distribution offers competitive advantages over the competition.

Johnston positions Docker as competing with Pivotal and Red Hat, two decidedly differently focused companies: Pivotal offers consulting services, and Red Hat sells software and Linux licenses. Docker, on the other hand, is a pure container management play. As such, the platform isn’t tied to any specific distribution or software from Red Hat or VMware.

“As we look at the competitive landscape whether are other companies that take Kubernetes and put it into their platform, we see that enterprises want true flexibility of the infrastructure they’re running on. Our competitors take open source Kubernetes and tend to lock it onto a specific Linux distribution. A big part of our differentiation here is at your most basic level your choice comes down to where I’m going to run this,” said David Messina, vice president of enterprise marketing at Docker.

The differentiation also extends to the Docker distribution of Kubernetes itself. Johnston said that Docker’s version of the platform is not forked from the original, and is still capable of being modified at the lower levels as needed.

“The way we’ve integrated Kubernetes, if you want to go native Kubernetes YAML, or config files, they can do that. You’re able to pop the hood and go down to the metal on Kubernetes, but they don’t have to. They get a lot of power from Kubernetes,” said Johnston.

The Docker Enterprise Edition team is banking on its platform’s customizability to continue to expand its appeal to enterprise users. Johnston pointed out that Debian and Ubuntu are tremendously popular with enterprise Kubernetes users, and that locking those users into Red Hat limits the flexibility of the underlying environment.

Messina said that much of the interest in Kubernetes is coming from Docker’s 450 existing enterprise Swarm users. “We have a wonderful grassroots community, but we see plenty of ops people. The bottom-up groundswell is considerable. What’s driving the interest in Kubernetes, it’s our existing base of 450 enterprise customers, as well as net new customers who are maybe just coming now to the container game and realizing they need an enterprise container platform,” said Messina.

A 20 year veteran technology journalist, Alex Handy cut his teeth covering the launch of the first iMac. His work has appeared in Wired, the Atlanta Journal Constitution, and The Austin American Statesman. He is also the founder and director...
Read more from Alex Handy
SHARE THIS STORY
RELATED STORIES
How to Implement a Security Scanner for Docker Images Kubernetes Needs to Take a Lesson from Portainer on Ease-of-Use 3 Container Practices to Boost Your Security Posture 4 Ways to Use Kernel Security Features for Process Monitoring WebAssembly Needs Schedulers, and Kubernetes Doesn't Quite Fit the Bill
TNS owner Insight Partners is an investor in: The New Stack, Docker.
SHARE THIS STORY
RELATED STORIES
Connect to Remote Docker Machines with Docker Context WebAssembly vs. Kubernetes 3 Container Practices to Boost Your Security Posture Data, Analytics and AI: What Will Happen in 2023 .NET 7 Simplifies Route from Code to Cloud for Developers
THE NEW STACK UPDATE A newsletter digest of the week’s most important stories & analyses.
The New stack does not sell your information or share it with unaffiliated third parties. By continuing, you agree to our Terms of Use and Privacy Policy.