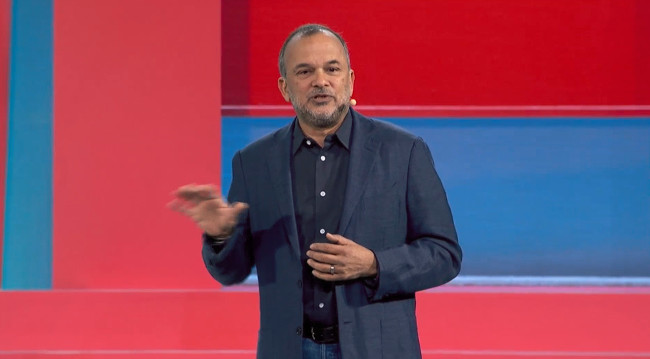 The idea with this release is to better help enterprise customers manage their applications across the entire development and deployment lifecycle, said Jenny Fong, Docker director of product marketing. “While containers help make applications more portable, the management of the containers is not the same,” Fong said.

Docker EE provides a management layer for containers, addressing needs around security and governance, and the company is now extending this management into the cloud.

The company has noted 85 percent of today’s enterprise IT organizations are pursuing a multi-cloud strategy. As a result, a lot of the operational work is duplicated for access roles, policies. and other management concerns. The management controls at AWS are different than those from, say Microsoft Azure. The danger here is that content becomes siloed as they are customized for individual cloud services, making cross-cloud operations, such as cloud- bursting during times of peak demand, become more difficult to execute. 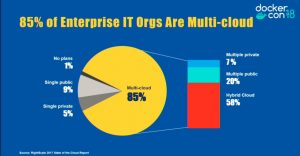 The new federated application management feature of Docker EE 2 offers a single interface for managing Docker container across different cloud providers, such as Amazon Web Services and Google Cloud Platform, as well as the in-house cloud as well. In addition, the company also announced that the Docker EE now supports the ability to manage Windows Server containers from Kubernetes.

“We want to bring our higher-level management capabilities to cloud-hosted Kubernetes,” Fong said.

With this release, Docker is making a big play for the many Microsoft shops in the commercial sector. More than 50 percent of Docker’s customers are using Windows containers for modernizing legacy apps. The company claims that docker EE is the only enterprise-ready container platform to support both supports production-grade Linux and Windows containers.

Join in our on live and continuing conversation from the beginning of #DockerCon! We've already had some great conversations with @TIBCO and @googlecloud #docker #kubernetes #containers https://t.co/ZqrmNisKxS

The federated management is based on Docker Trusted Registry, part of the Docker EE package. The registry provides the ability to mirror copies of your security-scanned container images in any location, as well as caching capability so they can be quickly deployed, even across multiple availability zones.

With this approach, “you can maintain control over the entire supply chain,” said Benjot Chanana, Docker vice president of product. “With our promotion policies and mirroring  capabilities you can ensure when the image is scanned — and you’ve detected it has no critical vulnerabilities — you can promote it, and that promotion policy can be fully automated so once it promotes all the way to production-readiness, you mirror a copy out to all the registries and cloud provider locations.”

Docker EE can also fully control the provisioning of clusters, either managed by Kubernetes or Swarm, either on a cloud provider or in-house.