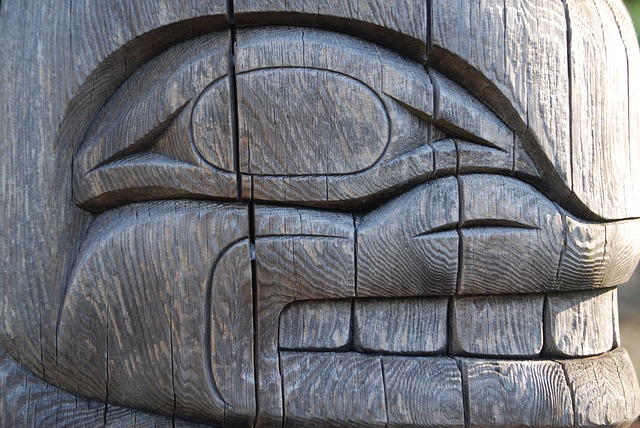 Docker has reorganized its line of self-named container technologies, debuting a new package for professional use, called Docker Enterprise, and is setting a brisk schedule for developer releases.

The company has also launched a certification program to validate third-party software that works with Docker Enterprise.

The steward of any popular software platform needs to “find a model that works well both for the platform provider but also the ecosystems built around it,” said David Messina, Docker senior vice president of marketing and community. “This model creates a go-to-market [plan] for us and our partners, and assures the enterprises that they are getting content that will support them as they build business critical applications on Docker.”

As a popular technology, Docker has a wide and varied user base, which has resulted in some clashes over how aggressively the company should extend the technology.

Going forward, the Docker technology for creating and managing containers will be available in two flavors. One will be a paid version for the enterprise use, which stresses reliability and stability, and the other, a free edition, for those who are interested in testing, and extending, the latest features.

The new Docker Enterprise Edition (EE) subscription will come with “enterprise-class support” according to the company, and be released on a quarterly schedule with a year’s worth of backported patches and hotfixes.

Also new, the Docker Community Edition (CE), aimed for the “do it yourself” developers and administrators, will come in two channels: One is updated monthly (“Edge” releases) with the latest experimental features. Versioning will be in the yy-mm format, so the release shipped today will be version 17.03. The other is a quarterly release for those who require a more stable release, and that will follow the same versioning format.

Docker has also begun the process of certifying third-party software that has been proven to interoperate seamlessly with the EE edition. Infrastructure cloud services such as Microsoft Azure and Amazon Web Service (though not, as of press time, Google Cloud Platform) and operating systems such as Red Hat Enterprise Linux, CentOS, Oracle Linux, Ubuntu, SUSE and Windows Server have already been validated.

In addition to cloud services and operating systems, Docker is also certifying third-party plug-ins and containers for other uses as well, such as storage, networking and various enterprise applications. This far Sysdig Cloud, Hedvig, Portworx, Microsoft’s SQL Server, Weaveworks, Polyverse, Hypergrid, NetApp, and Nimble Storage, among others, have gotten the nod, and are available at the Docker Store.

“There are a lot of workloads packaged as containers that will be available in Docker Store that enterprises can leverage to build their own applications,” said Patrick Chanezon, Docker technical staff member.

“Docker Certified Infrastructure, Plug-ins and Containers will provide enterprises with the reassurance that many need as the move forward with their container strategies,” wrote RedMonk analyst Fintan Ryan, in an e-mail.

Docker EE will come in three subscription tiers: basic, standard, and advanced. Basic includes the core container engine, while the standard version comes with all the features associated with the Docker Datacenter, including image management, a private registry, multi-tenancy and identity management support. The advanced version includes image security scanning and vulnerability monitoring. 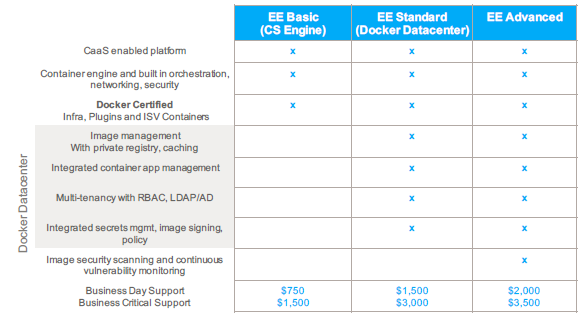 Yearly subscription fees start at $750 for the basic version of EE and scale up to $3,500 for the advanced mode, with mission critical support.

“Docker Enterprise Edition is a solid move in the right direction for Docker. The community and enterprise offerings provide a spectrum of offerings which meet the needs of Dockers varied end users,” Ryan wrote.