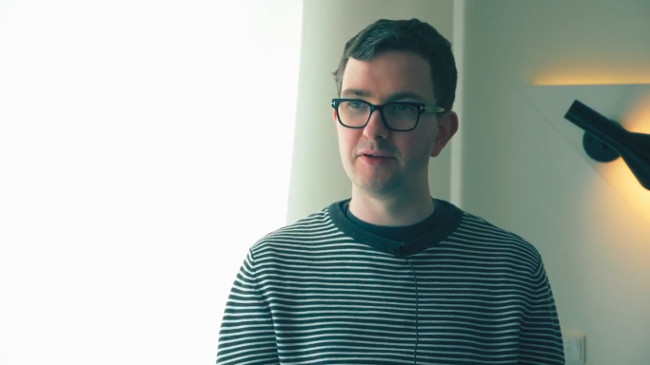 Recently, Docker announced the new version of Docker for Mac and Docker for Windows that enables a developer to create an app and run it in production under a minute, using templates. Now building and deploying an app is as simple as creating a Microsoft Office document.

This is not surprising. One of the biggest contributions of Docker to the IT world has been making it super easy to use containers. A developer can work on their local machine, build the app and run it in production without any complexity, thanks to Docker on the desktop.

On this episode of The New Stack Makers podcast, we sat down with Docker Inc. product manager Gareth Rushgrove, to talk about the tool. Rushgrove said that his focus is more on developer desktop than on servers and cloud. “I care about individual developer laptop and desktop. We work towards creating the best developer experience for using Docker locally,” Rushgrove said.

Docker has invested time and resources in creating a seamless integration with the operating system running on the developer machine.

“We did quite a lot of work to integrate with the native hypervisors, native network stack, and local file system. These are not the problem that you see in the server space, but those are critical to developer experience,” added Rushgrove.

Since macOS and Windows don’t come with the Linux kernel, Docker created Linux Kit that helps Docker teams build these platform. Last year Docker open sourced that work so anyone can go ahead and add support for the platform they need.

Before Linux Kit, users had to resort to virtual machines that could be very resources intensive, and they don’t offer the deep integration one would expect. What works in favor of Rushgrove is that he has worked as part of operations teams, so he knows the pain points and brings that experience to improve the developer experience further.

Swapnil is a journalist and writer who has been covering Linux & Open Source for 10 years. He is also a science fiction writer whose stories have been broadcast on Indian radio and published in leading Indian magazines.
Read more from Swapnil Bhartiya
SHARE THIS STORY
RELATED STORIES
How to Deploy Containers with nerdctl 4 Ways to Optimize Your Workflows with Docker Extensions Tutorial: Deploy a Full-Stack Application to a Docker Swarm .NET 7 Simplifies Route from Code to Cloud for Developers The Next Evolution of Virtualization Infrastructure
TNS owner Insight Partners is an investor in: Docker.
SHARE THIS STORY
RELATED STORIES
What Is Apptainer and How Do You Install It on Ubuntu Server? Connect to Remote Docker Machines with Docker Context 4 Ways to Optimize Your Workflows with Docker Extensions Deploy a Container Stack in Portainer from a GitHub Repository When Wasm and Docker Work (and Do Not Work) Together
THE NEW STACK UPDATE A newsletter digest of the week’s most important stories & analyses.
The New stack does not sell your information or share it with unaffiliated third parties. By continuing, you agree to our Terms of Use and Privacy Policy.