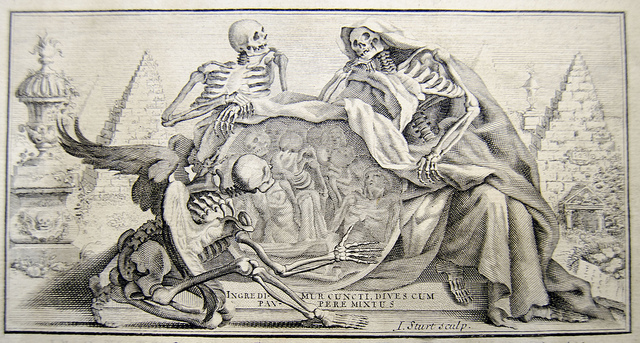 At the end of 2013, Docker’s Jérôme Petazzoni sparked a Google Groups discussion to improve capturing more log sources and the way that log entries are consumed.  “Ideally, we want to capture more log sources (syslog and regular files come to mind), and better ways to consume logs,” he wrote. The discussion then moved GitHub, with more than 25,000 interested in how best to log activity within Docker environments.

As Docker becomes more central to more organizations’ operations, so too will these organizations’ need more information about the performance of these containers. With this in mind, Docker has since been working with partners to fill out the logging ecosystem, and on Tuesday highlighted nine companies in its Ecosystem Technology Partner (ETP) program that have been specializing in logging technologies.

“We have a vibrant ecosystem out there doing a variety things in different realms, whether it’s monitoring, logging, security, networking. There’s a great breadth of smaller companies, emerging startups as well as larger organizations building technologies around Docker around the complete lifecycle. One of the focuses of the ETP program is to shine a light on companies that are using Docker and that it’s working in a Docker-native way,” said David Messina, vice president of enterprise marketing, in a statement.

While some people consider monitoring and logging two sides of the same coin, there are distinct use cases for each, Messina said.

“One of the things we’re excited about in the logging realm is that the category of companies there is incredibly broad,” he said. “From the research we’ve seen out there, the lifetime of an individual container is generally far more dynamic than that of a virtual machine, so having information in detail at the highest resolution is incredibly important.”

The ETP program allows customers to understand what the integrations are and what the Docker-specific capabilities are, Messina said.

Some of the partners, such as Amazon Web Services, with its Amazon CloudWatch service, have developed logging drivers, a key feature in the November release of Docker 1.9. Others there have developed native capabilities for predictive analytics and to relay the logging streams to third-party solutions. Among their approaches:

The company in June announced the ETP program and its monitoring partners, which included AppDynamics, Datadog, New Relic, Scout, SignalFx and Sysdig. It plans further announcements in areas such as configuration management, security and others, Messina said.

Susan Hall is the Sponsor Editor for The New Stack. Her job is to help sponsors attain the widest readership possible for their contributed content. She has written for The New Stack since its early days, as well as sites...
Read more from Susan Hall
Share this story
RELATED STORIES
Acorn from the Eyes of a Docker Compose User How to Deploy GitLab Server Using Docker and Ubuntu Server 22.04 VMs Out, Containers In: The Telecom Revolution Continues The Case for Environment-Specific Docker Images Deploy a Container Stack in Portainer from a GitHub Repository
Share this story
RELATED STORIES
What Is Apptainer and How Do You Install It on Ubuntu Server? Can You Live without Kubernetes? ARMO: Misconfiguration Is Number 1 Kubernetes Security Risk Overcoming the Top 3 Challenges of Infrastructure Modernization 4 Ways to Optimize Your Workflows with Docker Extensions
THE NEW STACK UPDATE A newsletter digest of the week’s most important stories & analyses.
We don't sell or share your email. By continuing, you agree to our Terms of Use and Privacy Policy.
TNS owner Insight Partners is an investor in: Docker, Sysdig.