Docker Raises $95M, Talks About the Path to Going Public 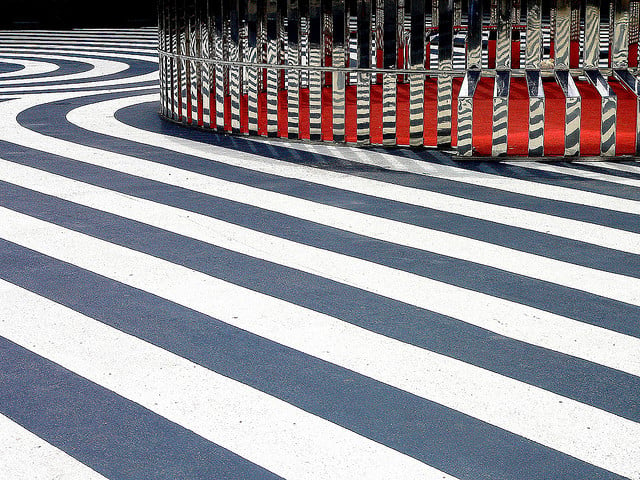 In the latest of a string of rapidly surpassed historical milestones Tuesday, Docker, Inc. announced having successfully raised some $95 million in Series D venture funding. This for the same company whose Series B funding round of $15 million came just 16 months ago. With this latest round, Docker, Inc. will have raised $150 million in venture funds since it changed its name from dotCloud back in October 2013.

The round was led by Insight Venture Partners, with new contributions from Coatue, a hedge  fund, along with Goldman Sachs and Northern Trust. Existing investors Benchmark, Greylock Partners, Sequoia Capital, Trinity Ventures and Jerry Yang’s AME Cloud Ventures also participated in the round.

Is it possible that Docker is preparing to go public while still, through much of the world, the mention of its name can still be met with the musical question, “Who?”

There are few companies like Twitter, but Docker does have similarities in terms of the attention and resulting funding the company has received. Docker arose from dotCloud, which Solomon Hykes started in 2008. Hykes created Docker for dotCloud. He subsequently contributed the container technology  as an open source project, unveiling it at the PyCon conference in 2013. It has been on a tear ever since, emerging as one of the fastest growing open source projects. More than 300 million instances of Docker’s technology have been downloaded from Docker Hub, its hosted service.

“For us to become a public company — which is certainly our intention,” Golub told The New Stack’s Alex Williams, “we’ve got a long road ahead of us that includes not only continued growth in open source, and developing a healthy ecosystem around it, but also proving there’s a solid revenue model. All the signs are very, very good, all the momentum is there, and the next several years are going to be about solid execution, both on the community and on the commercial side.”

Golub went on to say he believes his new investors — which include some of the most recognized banks on the planet — will contribute more than just money to Docker. He’s also looking to the banking sector to contribute expertise and developmental guidance — the kind that comes from high-level users in top-tier verticals such as finance.

The challenge for Docker comes with how to differentiate itself as a product company, independent of its open source origins. Its message reflects both commercial intent, alignment with large enterprise operations and its relationships in the community. It states publicly that the “financing will enable deeper integration with go-to-market partners such as AWS, IBM and Microsoft, who have made strategic product investments in support of Docker’s open source technology.”

Notable is what companies are not named in Docker’s announcement. In particular, companies like Google, which has put more attention into Kubernetes than arguably any project initiated by the Google Compute Engine team. Kubernetes is a sophisticated orhestration platform which is rapidly being developed in the open source community. Google is arguably ahead of AWS and IBM in terms of its container management technology and advancements with the community. Microsoft is worth watching but is still not quite matching Google’s pace. Google represents one of Docker’s most significant rivals, even if there is no stated differences between the companies. Docker has instead opted to align itself with Mesosphere and the Mesos project, a data center orchestration technology used by Twitter to manage its environment.

There is this new balance in the open source world, which is playing out in the container ecosystem. Companies are more often aligning behind open source projects and using them to propel their own initiatives. There’s nothing new about this but the scale is different. There are just more projects, more initiatives and more positioning being done to use these efforts as ways to drive commercial adoption.

This open source and commercial philosophy is evident when talking with Golub.

“What I think is critical at this stage in Docker’s lifecycle,” Golub told us, “is to make sure that we balance the desire to get short-term financial results, with the need to make sure that the product is solid, and that those early customers are hugely successful and are able to serve as references for the long haul.

The Garden in Early Spring

Because Docker, Inc. has grown so fast, it’s facing growth issues that most other companies have never had to face. Its core product is open source, so the development of the Docker platform is not driven top-down by corporate management. Like any other open source platform, Docker has taken on the responsibility of growing and nurturing a healthy ecosystem, and a rich support network.

But not everyone can grow at Docker’s blistering pace. So when the commercial project backer makes what this publication touts as major acquisitions, such as containerized SDN provider SocketPlane and container management UI maker Kitematic, it’s absorbing talent whose experience with Docker can literally be measured in months.

Docker is building an ecosystem by way of a nursery.

“One of the things that users can help remind us is that, for them, Docker is not just a product or a company. It’s an ecosystem,” said the CEO. “It’s as important for us to make sure that Docker is supporting the Microsofts and the IBMs and the VMwares and the fully-funded startups, as it is for us to be supporting our own [platform].”

Yet it’s not the VMwares and the Microsofts that really need a chunk of $95 million. What is the magnitude of Docker’s plan for its ecosystem that warrants that much of an investment, so soon after Series C?

“Our pattern has been, we raise a round before the previous two rounds have been used,” Golub responded. “To some extent, it’s a balance between wanting to make sure we have plenty of runway for whatever Docker’s broader market brings us, and at the same time, wanting to make sure we don’t get too loaded. Even though it’s a nice, big number, I’m going to pretend it doesn’t exist, and happily have it earning 0.001% somewhere in the bank for the next few years.”

Compared to the lifespan of Docker, the next few years could be an eon.

Scott M. Fulton III leads the developer content team at Neo4j, and before this, was a 37-year veteran producer and editor, including for The New Stack, where he created the Context podcast. He produced the Scale blog for ZDNet, was...
Read more from Scott M. Fulton III

Alex Williams is founder and editor in chief of The New Stack. He's a longtime technology journalist who did stints at TechCrunch, SiliconAngle and what is now known as ReadWrite. Alex has been a journalist since the late 1980s, starting...
Read more from Alex Williams
SHARE THIS STORY
RELATED STORIES
How to Deploy Containers with nerdctl Can Observability Platforms Prevail over Legacy APM? Securing Windows Workloads Connect to Remote Docker Machines with Docker Context Case Study: How SeatGeek Adopted HashiCorp’s Nomad
TNS owner Insight Partners is an investor in: Docker.
SHARE THIS STORY
RELATED STORIES
Container Security: A Troubling Tale, but Hope on the Horizon Can Observability Platforms Prevail over Legacy APM? Deploy a Kubernetes Cluster on Ubuntu Server Using Containerd Case Study: How SeatGeek Adopted HashiCorp’s Nomad Acorn, a Lightweight, Portable PaaS for Kubernetes
THE NEW STACK UPDATE A newsletter digest of the week’s most important stories & analyses.
The New stack does not sell your information or share it with unaffiliated third parties. By continuing, you agree to our Terms of Use and Privacy Policy.