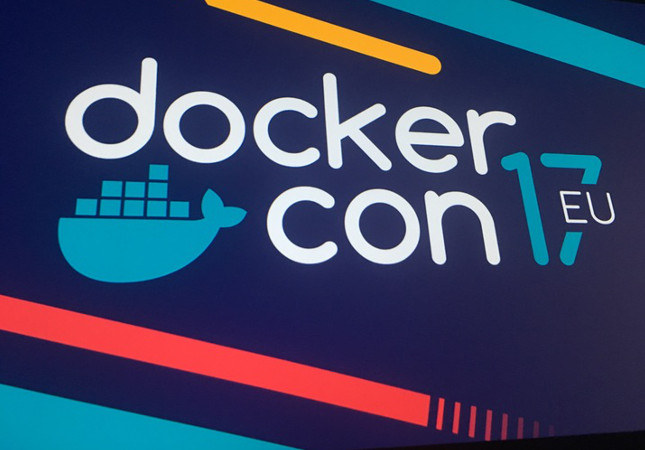 For the past six months, Docker has been officially modernizing enterprise .NET and Java applications to run in containers in the cloud. The program has been dubbed the Docker Modernize Traditional Applications program, or MTA for short.

“In this program, we help enterprises take legacy applications and bring them to modern infrastructure without having to touch source code,” Scott Johnston, Chief Operating Officer of Docker, said. “We’ve seen 100 percent success rate for applications that meet our criteria across hundreds of Java and .NET applications. Customers are able to see these results in five days or less.

Johnston added that some customers are able to double the release frequency of their software and cut total cost of ownership by 50 percent.

The company discussed the details at its Dockercon Europe conference, taking place this week in Copenhagen.

Specifically mentioned in Tuesday’s keynote was insurance company MetLife. “MetLife applied this modernization pattern in one day to their Java application. They were able to look across their portfolio and identify 600 other applications that fit this pattern, for a 66 percent savings on total cost of ownership. That nets out to millions of dollars at MetLife. They have over 6,000 applications they want to apply this to,” said Johnston.

When asked about the compatibility between the old, massive application way of doing things, and the modern, lightweight microservices and containers way, Johnston said cost savings can still be found in larger, non-clustered applications.

“Those monoliths, they still work fine inside a container. More than fine; they get a 50 percent reduction in total cost of ownership, and they’re made hybrid cloud-ready and more secure. Docker, as it open sourced four years ago, it rose with microservices in tandem, but we found that Docker can be applied to these monoliths,” said Johnston.

The benefit of moving a giant application to containers, said Johnston, is that it provides a base of operations from whence to pare down the big service into smaller microservices without disrupting the core functionalities.

“Once they’re in the container, the customer then has control over aspects of the application and how quickly they have to monetize. Does the ROI need to be microserviced? Does it need to be refactored, or can you pull out a part or two and turn them into a microservice, and the rest of this works just fine because we’re retiring it in 12 months anyway?” asked Johnston.

“In contrast to other approaches that say, ‘We’re going to take you to cloud and microservices and you have to refactor your application, retrain your people, and blow up your infrastructure.’ Ours does not require this,” said Johnston.

Some of those legacy applications are ripe for being turned into container-based services, anyway, said Johnston. “The Tomcat or the servlet pattern fits very well inside a container. We find those to be one of the more straightforward patterns our customer like to adopt,” said Johnston.

Docker will explain the program in greater detail on an Oct. 31 webcast.

With @monkchips for a day two keynote wrap up from #dockercon. https://t.co/j1ag7uqrKg

A 20 year veteran technology journalist, Alex Handy cut his teeth covering the launch of the first iMac. His work has appeared in Wired, the Atlanta Journal Constitution, and The Austin American Statesman. He is also the founder and director...
Read more from Alex Handy
SHARE THIS STORY
RELATED STORIES
AWS Re:Invent Left Attendees with More Questions Build a Churn Detection Train with AI Blueprints Is Low-Code Development Better for the Environment? AWS Inf2: A 12-Chip System for Large-Scale ML Production Data 2023 Outlook: Rethink the Modern Data Stack
TNS owner Insight Partners is an investor in: The New Stack, Docker.
SHARE THIS STORY
RELATED STORIES
It Happened to Me: How I Suddenly Owed AWS $13,000... Microsoft Makes Azure Load Testing Generally Available Data 2023 Outlook: Rethink the Modern Data Stack Why Trust and Autonomy Matter for Cloud Optimization AWS Inf2: A 12-Chip System for Large-Scale ML Production
THE NEW STACK UPDATE A newsletter digest of the week’s most important stories & analyses.
The New stack does not sell your information or share it with unaffiliated third parties. By continuing, you agree to our Terms of Use and Privacy Policy.