What Docker’s Built-In Orchestration Could Mean for Kubernetes 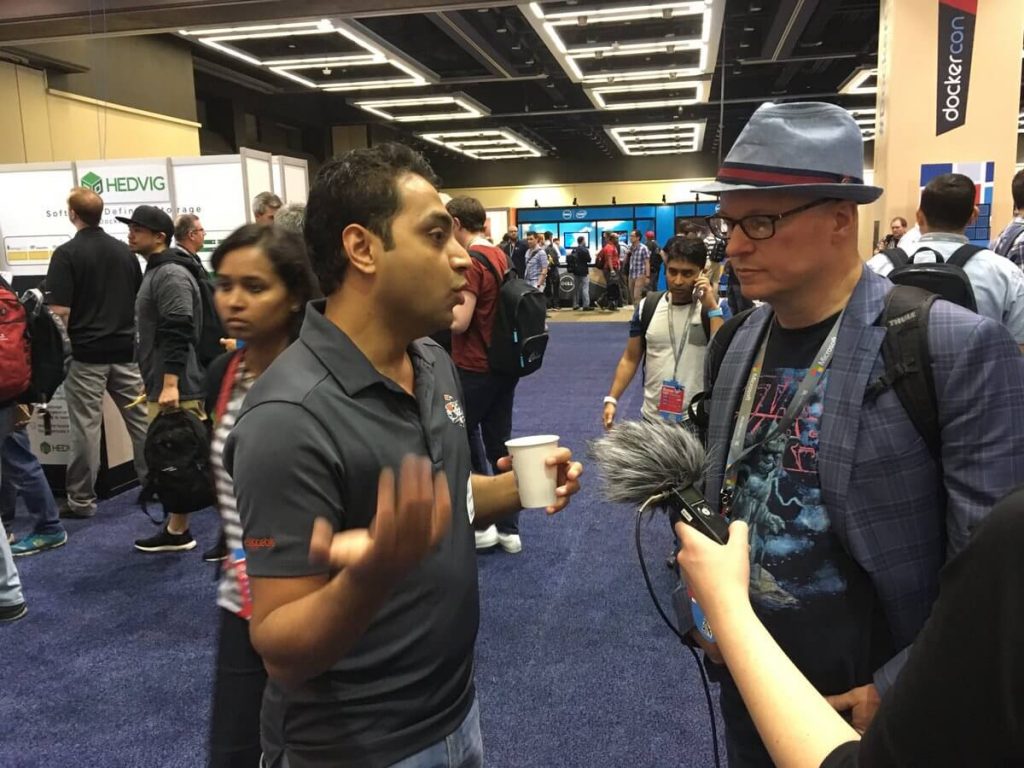 In these episodes of The New Stack Makers podcast, we offer two sound bytes from the DockerCon 2016 show floor. Topics at hand included the announcement of the Docker Engine’s latest hot-button feature, built-in orchestration. The New Stack founder Alex Williams spoke with StorageOS CEO Chris Brandon and Shippable co-founder and Chief Technology Officer Avi Cavale to hear their thoughts on the announcement and more.

The container overlay network has long been considered somewhat of a Kubernetes-focused domain, with platforms such as Mesos attempting to stake a claim to the contrary. With the announcement, Docker has not only cemented its new customers that may be looking for a container orchestration solution but aims to entice its current customers as well with features once thought primarily only the domain of Kubernetes.

“These were things that didn’t exist before, people had to use all sorts of things to make that work on Docker but now it’s all part of Docker itself,” Cavale noted, later asking, “The question is: How many people, if they’ve already made some decision on a certain orchestration layer, will move over? If not, are the new people all going to adopt this when the old technology becomes legacy?”

Shippable itself has just released the latest version of its container-based continuous deployment platform.

Sound Bytes: Docker’s Built-In Orchestration: What it Could Mean for Kubernetes

At DockerCon 2016, StorageOS not only announced its public beta of its container-ready storage platform but revealed that the platform will enter general availability later this year. Brandon explained that StorageOS offers users a low-resource footprint with its containers, with one vCPU sporting less than 1GB of RAM. “We took an approach to simplify the way storage has been built. To allow people to run databases in the container ecosystem, but also to make it portable so we can run on premise, bare metal, virtual environments, and any cloud provider. We’ve split the environments so we can provide scalability at a horizontal level,” said Brandon.

The team at StorageOS brings over 20 years of experience to the platform, with Brandon explaining that what brought them together was that they all saw that storage was going in a direction that was less than ideal from a DevOps environment perspective. Brandon later explained that as StorageOS effectively is a Linux OS running at the application level and, as a result, it “provides the ability to run a legacy storage platform in a DevOps environment.”