Does Your Organization Need an Open Source Program Office?

What exactly are Open Source Program Offices (OSPOs)? What do they do, who needs them and why? We spoke with a couple people who lead open source program offices to learn more.
Jul 27th, 2020 1:54pm by Emily Omier 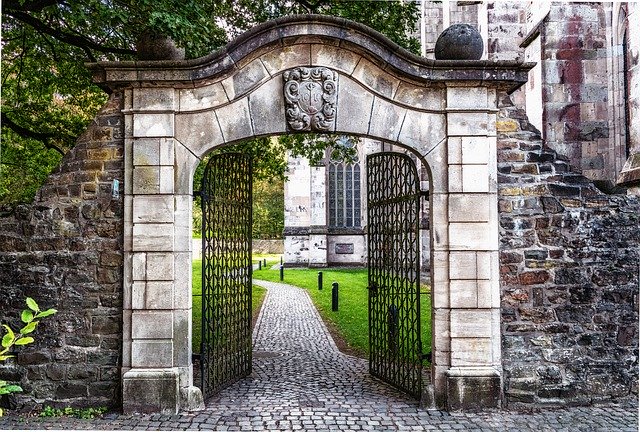 While the reality is that enterprises use open source software, open source communities have a completely different culture — one focused on collaboration in a way that is foreign to most standard business environments.

“As a business, it’s a culture change,” explained Jeff McAffer, who ran Microsoft’s Open Source Program Office for years and now is a director of product at GitHub focused on promoting open source in enterprises. “Many companies, they’re not used to collaboration. They’re not used to engaging with teams outside of their company.”

What exactly are Open Source Program Offices (OSPOs)? What do they do, who needs them and why? We spoke with a couple of people who lead open source program offices to learn more.

Let’s start with who needs an open source office: Large companies who use open source software — in other words, pretty much all large companies. It’s important to point out that OSPOs aren’t just the domain of ‘tech’ companies like Google or Microsoft. The TODO Group, a group of companies that run open source programs and have built a community to share best practices, includes a lot of tech-heavy companies but also Toyota, Capital One, Target and other companies that wouldn’t belong in the tech vertical.

“We’re in this fourth wave of open source adoption, where traditional Fortune 1000 companies are starting to change the way they consume open source,” explained Jeff Borek, head of the open source office at IBM. “A decade ago, IBM needed an open source program office, but only probably about a couple dozen companies globally had something similar.”

Now it’s common for companies to want not only to consume software passively, but also to actively participate in open source communities — perhaps not in all of the thousands of projects a typical enterprise might rely on, but certainly in those projects that are particularly important for the business.

“Open source offices can drive innovation, but also provides guardrails so that as you change the way you consume open source, you still do it in a way that manages benefits versus risks,” Borek said. “It also provides you with an effective way to communicate to the rest of your company the importance of open source and the importance of consuming it appropriately, but not creating so many barriers that you frustrate the developers.”

One of the core roles of open source offices is auditing licensing compliance to ensure that the company is following the licensing requirements for open source projects. This part of what open source offices do often involves working with the legal team. But it’s also a very strategic role that involves making decisions about how the organization should contribute to open source communities, what should or should not be released back into the community and how open source can bring value to different parts of the business.

“Engineering, business, and legal stakeholders each have their own goals and roles, oftentimes making trade-offs between speed, quality, and risk,” explained Remy DeCausemaker, head of open source at Spotify. “An OSPO works to balance and connect these individual goals into a holistic strategy that reduces friction.”

Most readers are likely assuming that open source offices are part of the engineering organization and are led by engineers. This is sometimes, even often, the case… but it is not always true.

First of all, everyone interviewed for this article agrees that the right place for an open source office in the organizational structure is in engineering, but gave examples of companies with open source offices in the legal or marketing team.

But are the people who work in OSPOs engineers? Not necessarily. “I’m an engineer, I’ve been an open source developer for 30 years,” shared Dirk Hohndel, chief open source officer at VMware. “But if you look at a swath of this industry and you look at the types of people who run open source program offices at large companies, you see people with a lot of different backgrounds, people who were VP of marketing or project managers, people who come from a completely different area.”

The key to success in running an open source office is very different, Hohndel says, than the skills that make a person good at writing code. “You have to be able to talk to people who aren’t engineers, you need to be able to argue with people with very different backgrounds,” he said. “You need to be able to go into a meeting with marketing professionals and have constructive conversations. You have to talk to business owners and understand their goals, and talk to lawyers.”

Open source offices are inherently cross-functional. Having an engineering background might help, but it’s neither necessary nor sufficient for helping the organization think strategically about how it uses open source.

Running an open source program office is much more than ‘promoting open source.’ It’s about teaching everyone in the organization to think strategically about how open source fits into the larger business goals. “It’s fundamentally an engineering challenge,” McAffer said. “But engineers, and I’m one of them, tend to think, oh, well we could write some tools for that, right?” That’s the wrong way to think about an open source office, he says — it’s a very strategic function that involves fundamental culture change, not just another tool.

“Open source is not just a ‘community’ but a ‘community of communities,'” DeCausemaker, from Spotify, said. “Acknowledging the complexity of interdependencies of these open source communities is vital to making recommendations across verticals and topologies.”

Open source offices also help companies decide how to engage with open source communities and contribute to projects. “I usually bristle when people say ‘giving back to the community,’” McAffer said. “It feels like a charity donation or something.”

“More and more open source program offices also have a function around helping open source communities grow, be successful, bringing in more people,” Hohndel said. “You want them to grow, succeed, be inclusive, adjust to the challenges the projects face.”