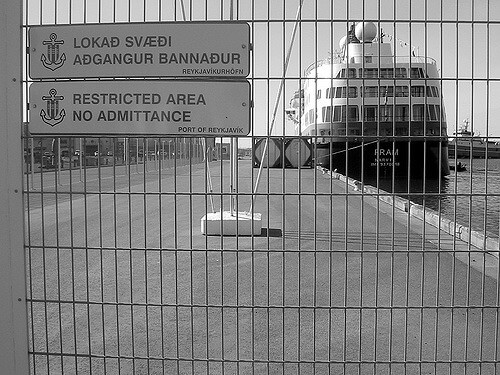 It can thwart “man-in-the-middle” and “man-in-the-browser” attacks, as well as damage created through lost or compromised credentials.

“The dilemma is not when you have one or five enterprise AWS accounts, but when your enterprise has 100 AWS accounts,” he said, adding that Dome9’s SaaS offerings provide a way to automate security policies.

“AWS gives you the granular ability to say what those permissions and processes can be, but you can get lost in that granularity” — Zohar Alon

IAM Safe is the way you grant permissions and authorize any number of people and processes across your infrastructure.

“You have hundreds of developers who need access to the system, and every one of them can get numerous types of permissions across regions and Amazon accounts. Once you are authenticated, you can inherit so many capabilities across so many different realms and geographies. That’s a huge problem to solve.

“AWS gives you the granular ability to say what those permissions and processes can be, but you can get lost in that granularity,” he said. “IAM Safe tries to make order in the mess.”

In addition to attackers who use “man-in-the-middle” or “man-in-the-browser” attacks to commandeer companies’ whole infrastructure, he predicts it won’t be long before we see ransomware for cloud services.

He explained the service this way:

The customer builds a one-time trust with the AWS account; then Dome9 offers a policy builder that maps 1,600 activities to what is above the line and those below the line. Everything above the line requires an extra level of authorization. Then it sets policy for all the people, machines, and processes.

It includes a mobile app, available for Android and iOS, on which users must click, within two minutes, to complete above-the-line activities.

You could allow only superusers who are authorized to perform above-the-line activities to have access to the mobile application to limit further access. Requiring the mobile app can help prevent one employee from sharing credentials with another unauthorized employee, he said.

You also can implement two-person authorization, in which both the department head and team member must authorize specific actions through the mobile application.

Unauthorized access remains a leading cause of cyber attacks, according to IBM’s latest report, with insiders carrying out those attacks in 60 percent of cases.

In a recent poll, 90 percent of security pros said they are worried about the rash of breaches related to compromised credentials, and 60 percent said they cannot detect these kinds of attacks, according to a survey from security vendor Rapid 7.

DB Networks also recently added a new capability to its database security solutions to thwart the use of stolen account credentials. It’s an issue Microsoft has addressed as well.

Dome9 announced in February that it had achieved membership in the Amazon Web Services Security Competency program and ISO 27001 Certification. Based in Menlo Park, Calif., it also has an R&D center in Israel. In October, it raised $8.3 Million USD in Series B financing, raising total funding to $12.8M.

Susan Hall is the Sponsor Editor for The New Stack. Her job is to help sponsors attain the widest readership possible for their contributed content. She has written for The New Stack since its early days, as well as sites...
Read more from Susan Hall
SHARE THIS STORY
RELATED STORIES
AWS Brings Trusted Extension Support to Managed Postgres Modern Attack Methods Jeopardize Cybersecurity Strategies Oxeye Finds Bad Spotify Backstage JavaScript Vulnerability 10 Ways to Manage API Security Risks Citi Shows Continuous Secure Ingestion for Software Packages
SHARE THIS STORY
RELATED STORIES
Planning User Roles for Your Application Modern Attack Methods Jeopardize Cybersecurity Strategies How to Handle Sessions with Cookies and Tokens  Red Hat Helps Make Kubernetes Security More Accessible Fast and Furious: Doubling Down on SBOM Drift
THE NEW STACK UPDATE A newsletter digest of the week’s most important stories & analyses.
The New stack does not sell your information or share it with unaffiliated third parties. By continuing, you agree to our Terms of Use and Privacy Policy.