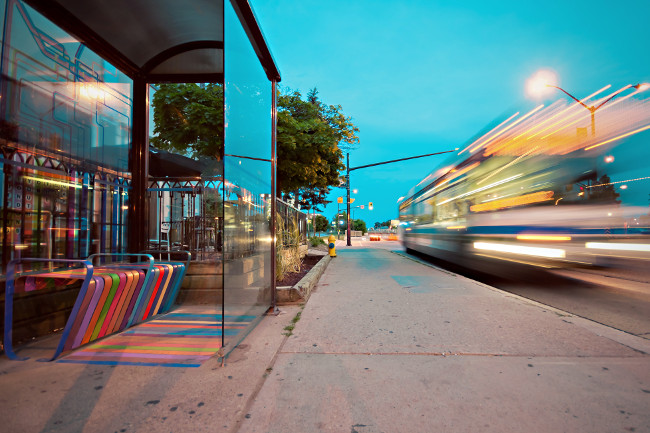 The first thing that Chris Schagen wants you to know about Contentful’s CMS is that it is not a content management system, but rather content infrastructure for building digital products.

“How we work now, how software is being built, has changed radically,” said Schagen, Contentful’s chief marketing officer. “Cloud-based modular architectures have become the standard — reusable components enable teams to scale almost effortlessly, expand easily into new channels, and iterate new products faster than ever before.” However, he continued, many organizations encounter a major roadblock on this shining road to the digital future: content.

Content, contends Schagen, has become a bottleneck for the modern agile business. Companies are attempting to deliver ever larger and more complex applications while still using last-century tools — traditional content management systems — as a platform.

“Post and pages worked for a long time, but we have gone way beyond that so far and so fast,” said Schagen. The “old-fashioned, page-centric” model, he explained, requires siloed content that must be re-entered, and often reformatted, for reuse in other platforms. Such monolithic architecture is furthermore cumbersome and expensive to scale and, worse, unresponsive — slow to iterate on new offerings or adjust existing ones to real-time market requirements.

“We are in the midst of a software industrial revolution, where building a business has become building software, and digital teams are stuck using CMSes from a bygone era.”

Enter Contentful’s content infrastructure, an API-first approach to composable infrastructure where content is seamlessly reusable across many different devices and use cases.  An agile, integration-focused and context-agnostic architecture built for cloud distribution and nimble CI/CD production flow.

Not one, however, to confuse with the “headless CMS” approach, which gets rid of the presentation layer to pull in content via API calls — but still rests upon monolithic, old-school CMS architecture. Paul Biggs, senior product manager at Contentful, characterized the move as “a band-aid repair” — and that confusing Contentful’s content infrastructure approach with headless CMS is a major disservice.

“Think about it — Stripe radically reshaped commerce for internet business, but nobody calls them ‘headless payments,’” said Biggs.

Contentful in fact frequently works alongside providers like Stripe, a suite of payment APIs handling commerce for online businesses of all sizes, to provide e-commerce functionality, along with SendGrid (email) and Twilio (voice and messaging) for communications — while Contentful manages the content.

Collectively, said Schagen, the companies serve as a modular base layer of a new software stack wherein specialized cloud services function as “building blocks” for application development, coordinated via a PaaS provider, like Heroku, and then handed off to AWS or some other cloud infrastructure provider.

“Ask any developer if they like their CMS — I can tell you what the answer will be,” said Paul Biggs. “All the current ones have become marketing platforms, which for devs means proprietary hell.”

“Think of it as developers getting to curate a set of best in class services exactly when and where needed, picking the exact best tools for any given project,” said Biggs. “Eighty percent of the work is done right out of the gate, and you have this commonality on components that makes getting any new project up and running ridiculously fast.”

“It all makes so much sense: companies are moving to this structure where you have digital orchestration of overall business flow, from operating the business side to developing and then marketing a whole portfolio of digital projects, with each facet run by a digital team,” Schagen chimed in. “You almost need it to be a factory, to be able to scale and maintain and operate these moving parts, yet have them all work together.”

And, ultimately, that virtual factory runs largely on content. “Any app that you log into these days is a basically a wall of text,” said Biggs. “And that wall of text needs to be accessed by a lot of different teams, not all of them technical.”

The CMS conundrum — powerful enough to do the job, yet easy enough for HR and marketing to use too — is universal. “Ask any developer if they like their CMS — I can tell you what the answer will be,” said Biggs. “All the current ones have become marketing platforms, which for devs means proprietary hell.”

“As developers, we love to live in GitHub land, but the content people get intimidated there,” rejoined Schagen. “Imagine some business user wanting to make a content change, and the engineer sends them a link to go to GitHub to submit a PR for the changes they want. Meanwhile, the engineers are like, ‘Aaarggh, how can I undo all this mess they made?’”

Contentful’s answer was to decouple the content management system’s workflow, allowing the dev team and the content team to do their jobs separately using tools of their own choosing. “Unlike a traditional web-oriented CMS, our content infrastructure was designed from the start as a developer platform,” explained Schagen.

With Contentful’s “one content infrastructure to rule them all,” developers get to use their preferred languages and tools, all integrated with their existing deployment pipeline. Meanwhile, the content provider team gets an intuitive and powerful markdown editor web app that allows them to create content on any platform — independent of the IT department. Everyone gets the ability to push content seamlessly to the web, mobile apps, IoT devices, and whatever platform comes next.

One happy client who made use of Contentful’s content integration was fast food purveyor Jack In The Box. The company chose Contentful to manage their site traffic before announcing, in a commercial airing during the 2016 Super Bowl, that the fast-food chain would be giving away one million burgers. Customers could receive a free burger coupon by signing up on the Jack In The Box website.

“That was a lot of traffic!” recalled Schagen. “The CMS industry always looks at the Super Bowl as ‘OMG, Beyonce’s site went down!’— but for us, the robustness of content infrastructure, this is where we shine. The system autoscaled exactly — there was an insane spike of traffic, but the infrastructure ran completely smooth underneath.” 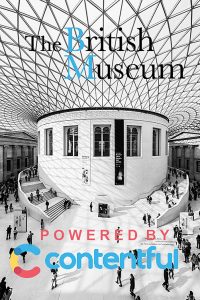 Contentful also powers the multifaceted digital world of the British Museum. Its collection contains 8 million objects spanning more than two million years of history, from stone inscribed with the Code of Hammurabi to Bitcoin wallets. The British Museum has blazed a trail in creating rich interactive digital experiences — for, oh, 43.7 million virtual visitors in 2015 — and chose Contentful to power its public-facing and internal curatorial projects.

“We have many different channels, from websites to audio guides and in-gallery technology, to an interactive tour utilizing the world’s largest Google Street View of an interior space,” said Will Robinson, former lead technologist for the museum’s digital and publishing dept. “The scale and diversity of the Museum’s digital experiences simply exceeded the capabilities of traditional CMSes.”

Powered by Contentful, he continued, the museum has built a platform capable of powering its entire portfolio of digital projects, with one central content hub feeding all channels. Meanwhile, several dozen curatorial teams working behind the scenes use Contentful’s flexible editing app, which is customizable for the specific needs and preferences of each curation team.

The museum tested the waters by using Contentful for producing its digital in-museum audio guide, which comes in ten spoken languages as well as British sign language. “That was a great way to dip in a toe,” said Contentful’s Schagen. “Many customers start out small, with a non-critical project testing out if Contentful and actually do the job. But then they realize, ‘My god, this is actually working! Sign us up!’”

Companies are often led to Contentful by their dev teams. “We see big orgs wanting to undergo “digital transformation” and giving their engineers charter to re-envision the stack — and CMS is a gateway drug for reworking the stack,” said Contentful product manager Biggs. “A lot of places are trying to run new agile API technologies along with Oracle, or some dusty system they built 15 years ago.”

“The fundamental reason we exist is that the world has changed,” said Schagen. “Teams were becoming very software-centric, and there was no breed of tool that could address all these new software paradigms, CI/CI, IoT, etc. So Contentful didn’t just try to build a better mousetrap — instead, we offered a whole new infrastructure paradigm for content.”

The British Museum concurs. “The ultimate goal is to evoke the same emotional and spiritual response visitors to the physical space get to experience in our virtual visitors, so they feel they too are experiencing it first hand,” said Robinson, who ultimately left the museum for a job as a solution architect at Contentful. “The British Museum staff is always exploring new ways to do that, through virtual reality and augmented reality, trying to push the boundaries not just on what museums are doing, but the private sector as well.”

“Contentful definitely makes it easier to go down that road.”