Doppler is not just a place to manage secrets in one location, but to manage them across all your projects, environments, cloud infrastructure and devices.
Nov 15th, 2021 8:51am by Susan Hall 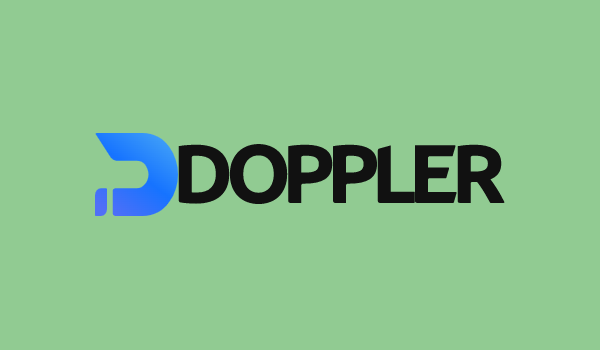 Sitting in a hot tub in Cancun, Brian Vallelunga came to the realization that his crypto machine learning marketplace project wasn’t going to take off. Mulling over a host of problems, among them the difficulty of managing secrets, environment variables and app configuration, he came to the conclusion that the project wasn’t going to let him quit his day job, which at the time was as a software engineer for Uber.

Trying to salvage something from the project, he attended a dinner in San Francisco before COVID with around 50 or 60 founders and developers and asked whether this was a problem for others.

“It was like one pain point. There were a lot of different pain points, all centered around the same thing, the same root cause. And they’re all pretty painful to me,” he said.

About half told him they had similar issues.

“One woman, in particular, comes running up to me. I thought she was gonna trample me at one moment,” he said. “And she says, ‘I’ve had three outages this week. Have a solution by Sunday.’ And I was like, ‘No, no, no, it’s not possible to build something that fast.’ This was a Wednesday, and I just couldn’t do it in time.

He found companies using home-brewed tools that they built in house, Hashicorp Vault or .env files.

And if the security team does goes through the buying and evaluation process without considering developer usability, the tool won’t gain adoption.

“And so I’m thinking, ‘Can I build something that is designed for developers from Day One, and will meet all the needs of DevOps and security, but it’s really tailored toward that developer experience?’” he said. From that idea Doppler was born.

Vallelunga calls Doppler a “universal secrets platform” distinguishing from the term “secrets manager,” used to describe storing user data, such as credit cards or addresses, rather than app data, like API keys, database URLs and the like. Doppler is solely focused on app secrets.

With companies increasingly using hybrid infrastructure and third-party services like Twilio and Stripe, there’s exponential growth in the number of secrets for developers to manage. Security misconfiguration ranks among the Open Web Application Security Project (OWASP) Top 10 list of security vulnerabilities, with the organization recommending using automation to make sure that development, QA and production environments are all configured identically, with different credentials used in each environment.

To manage all that, developers need three things that Doppler provides, according to Vallelunga:

He maintains it’s the only solution that works from local development to production and on every stack and infrastructure.

Doppler is designed to mimic GitHub closely so using it will be familiar to developers. GitHub has repositories, and repositories have branches, and branches have code. In Doppler, you have projects and within them environments, such as staging/QA or production; and those environments have configs, which hold secrets.

“The value that Doppler drives is not that it’s a place to store and manage secrets in one location. It’s that it’s for every location, across all your projects, all your environments, all your cloud infrastructure, all your devices. And all your developers, it’s that one central source of truth,” Vallelunga said.

In each environment, there’s a root config, the master list of secrets, where you would go to change a secret or add one.

It stores JSON and environment variables.

“A lot of developers really struggle with secrets that are more than one line long. … Dopper just makes it very, very simple,” he said. It also allows developers to add comments to secrets. They can set recurring reminders. If a secret expires in 30 days, they can set up a reoccurring reminder to notify the team to rotate the secret, delete it or whatever. All the changes are versioned, just like in GitHub, so it’s easy for a developer to know what has changed, and they can roll it back at any time with point-in-time recovery. The company runs two infrastructures concurrently and can switch between them at the DNS layer if an outage occurs.

Using automation, it syncs distribution across environments and teams. With what it calls “branching,” there’s a branch config for every engineer. If there’s a change, they’ll be notified immediately.

It uses end-to-end encrypted communication channels, strictly enforcing SSL/TLS and required a valid certificate chain, and a tokenization process similar to that of payment processor Stripe.

In a Forbes article, Jeff Quiesser, the cofounder of Box, described building an in-house system for managing secrets, adding:

“Doppler would have been a huge help for us since they’ve combined a number of elements that we had to build, such as a strong role-based access control for who can see and modify what secrets; a great command line and web interface for managing secrets; an audit trail for any interactions with secrets; a built-in network for updating and distributing secrets; and all of the backend encryption and security controls for keeping secrets safe. In short, it would’ve saved us a ton of time and headaches.”

Founded in 2018, the San Francisco-based startup has raised $8.8 million, the most recent $6.5 million round announced in March, led by Alphabet ‘s GV fund and joined by Y Combinator, Sequoia Capital and others.

The company has come a long way from its initial version, when Vallelunga rounded up a group of potential users for what he calls his “Chipotle sales strategy.” He took them to the restaurant and offered to buy them anything on the menu if they would listen to his pitch and try it out. He reportedly spent around $1,000 on that. (Not a sales strategy he recommends now.)

Ruud Visser, formerly of Instagram, and Thomas Piccirello, formerly a developer at BlackRock are founding engineers. Vallelunga, recently featured in Forbes’ 30 Under 30 in Enterprise Technology, is CEO. Piccirello the CTO.

Now a 12-person company, it recently introduced a tool called Doppler Share designed to enable teams to share one-off secrets such as lockbox codes or Wi-Fi passcodes through an expiring link.

The company has one enterprise customer live in production and about 15 in the proof-of-concept phase. One thing they’re asking for is user groups. If they have hundreds of engineers, they don’t want to manage permissions one by one.

It competes with big players like AWS Secrets Manager, Azure Key Vault and Hashicorp Vault, as well as the likes of Keeper.io, Akeyless Vault, Keywhiz and open source Confidant.

In a contributed article to The New Stack, Doppler’s Ryan Blunden delved into how Doppler stacks up against Hashicorp Vault.

Susan Hall is the Sponsor Editor for The New Stack. Her job is to help sponsors attain the widest readership possible for their contributed content. She has written for The New Stack since its early days, as well as sites...
Read more from Susan Hall
SHARE THIS STORY
RELATED STORIES
How Jit Builds a Platform Engineering Mindset in the Cloud Golden Paths Start with a Shift Left Why Trust and Autonomy Matter for Cloud Optimization Use of Spring Shifts Toward Modern Apps and Architecture 5 Security Principles to Guide Your DevSecOps Journey
TNS owner Insight Partners is an investor in: The New Stack.
SHARE THIS STORY
RELATED STORIES
Top 5 Considerations for Better Security in Your CI/CD Pipeline CyberArk Decreases Cognitive Load with Platform Engineering Platform Engineering Won’t Kill the DevOps Star Use of Spring Shifts Toward Modern Apps and Architecture Platform Engineers: Developers Are Your Customers
THE NEW STACK UPDATE A newsletter digest of the week’s most important stories & analyses.
The New stack does not sell your information or share it with unaffiliated third parties. By continuing, you agree to our Terms of Use and Privacy Policy.