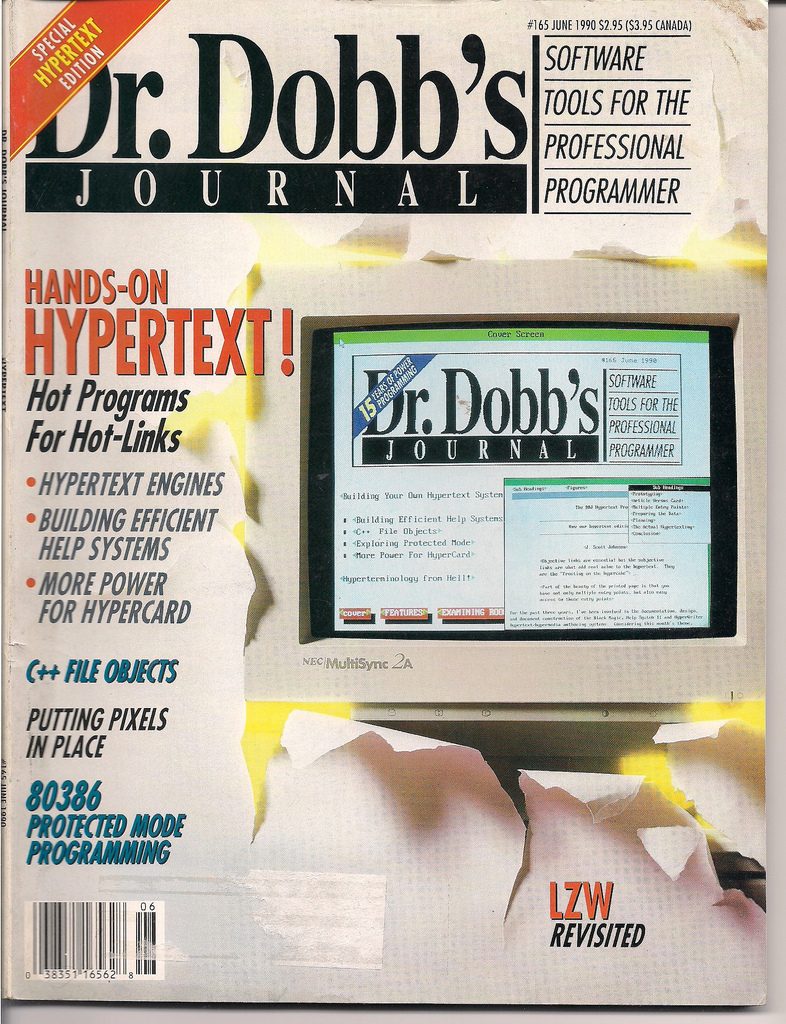 A post by Dr. Dobb’s Editor-In-Chief Andrew Binstock caused me to pause this evening. He was saying farewell. After 38 years, Dr. Dobb’s, an institution in the software development community, is saying goodbye.

His post is heartfelt, reflective and a commentary about online media business models. It tells of the passion that technologists have for wanting to know how things work as much as a reminder of those early years when, like today, software developers were exploring capabilities never before imaginable. Binstock recounts how he grew up reading Dr. Dobb’s and the sadness he now feels to see it go.

In his own words:

Like many of you, I grew up reading Dr. Dobb’s. For me, as I suspect it was for many of you, Dr. Dobb’s Journal was the lifeline to a thorough understanding of programming. I recall that when the magazine appeared in my mailbox, all other activity for the day came to a sudden stop and the remaining hours were spent blissfully poring over article after article, soaking in the information. I learned C from Allen Holub’s C Chest column, operating systems from the 18-part series on 386BSD, video programming from Michael Abrash’s Black Book, and data compression from Mark Nelson. And so on — each month brought new, enabling insights and explanations of often arcane topics.

Binstock leads the story by revealing how popular Dr. Dobb’s has become. This year, the site will have almost 10.3 million page views.

So what went wrong? Advertising revenues dropped precipitously. Revenues are only about 30 percent of what they were when Binstock joined Dr. Dobb’s four years ago. In the past 18 months, the market, he says, has shifted as more vendors realize that web advertising is really not that effective. Small events are an option to build revenues, but the parent company, United Business Media, has invested in large, trade show style events and just does not see the upside in doing boutique style programmer conferences.

It’s rough, really rough. There is lots to say about the existing online media business models and what may come of the tech media world. But for this space, I’d prefer to just thank the Dr. Dobb’s family for all that they have contributed. They helped build a culture that has changed the way we all live and work. They have given developers the body of knowledge they needed to make the things that have changed the world.  And they have given journalists like myself the chance to do the work we love. And for that, I will always be grateful.

Here’s to you Dr. Dobb’s. Thanks for making a difference.

Alex Williams is founder and editor in chief of The New Stack. He's a longtime technology journalist who did stints at TechCrunch, SiliconAngle and what is now known as ReadWrite. Alex has been a journalist since the late 1980s, starting...
Read more from Alex Williams
SHARE THIS STORY
RELATED STORIES
Streamline Event Management with Kafka and tmctl Generative AI: How Companies Are Using and Scaling AI Models OpenSSF Aimed to Stem Open Source Security Problems in 2022 Feature Flags Are Not Just for Devs Why Trust and Autonomy Matter for Cloud Optimization
SHARE THIS STORY
RELATED STORIES
Anil Dash on Mastodon Joining Fastly’s Open Source Program Streamline Event Management with Kafka and tmctl Boost Customer Engagement with Real-Time Data Azure Went Dark State of the API: Monetizing API Deployment Is on the Rise
THE NEW STACK UPDATE A newsletter digest of the week’s most important stories & analyses.
The New stack does not sell your information or share it with unaffiliated third parties. By continuing, you agree to our Terms of Use and Privacy Policy.