DRAGON is a Modular Drone That Can Shapeshift in Mid-Air 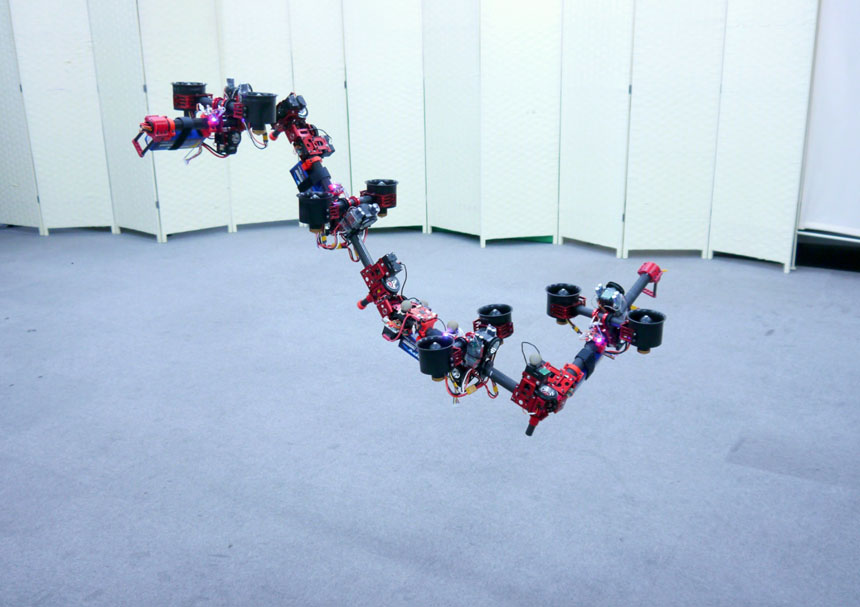 We’re seeing drones pop up in all kinds of exciting new places in recent years, from delivering vital medical supplies to remote areas to underwater drones that zap life-threatening pests, to unmanned marine vehicles that collect data in our oceans. But one drawback to drones is that they generally have a static form, which might have the advantage of being more robust when it comes to picking up and dropping off deliveries or traveling through the air and water. But not being able to change that form likely becomes a handicap when it comes to more restricted indoor environments, or in a search-and-rescue situation where the terrain might be a little more unpredictable and varied.

Aiming to tackle that problem head-on, researchers at the Jouhou System Kougaku (JSK) Lab at the University of Tokyo have developed a modular flying robot that can actually shapeshift in mid-air. Dubbed the “Dual-rotor embedded multilink Robot with the Ability of multi-deGree-of-freedom aerial transformatiON” or DRAGON for short, this frisky machine can contort itself into various shapes to pass through oddly shaped openings or obstacles. Watch it go:

The secret behind DRAGON’s power of transformation is how it’s engineered. In its entirety, the current prototype of DRAGON  consists of a chain of four interconnected modules. Each of these individual modules sports a pair of ducted fan thrusters, which can be manipulated to alter the thrust vector and therefore the direction that each module can go. 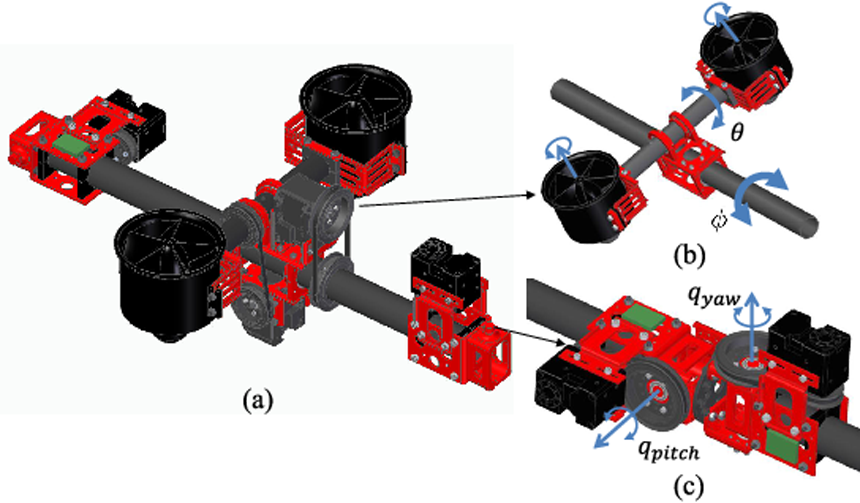 These modules are then connected to each other via a hinged joint that is powered by servo motors, all controlled by an onboard inertial measurement unit (IMU), which measures and tracks the DRAGON’s acceleration, velocity and relative position. Each link also has a distributed control board, which acts as a kind of “neuron,” as well as ducted fan rotors that use electronic speed controllers (“rotor ESC”). The entire assembly is powered by a battery that offers about 3 minutes of flight time, and it’s controlled by an Intel Euclid, a module integrated into the drone’s second link, which handles all the needed computations. By dynamically defining its center of gravity as it goes, the DRAGON’s multilinks are capable of creating a wide range of possible movements — much like the device’s namesake, the mythical dragon. 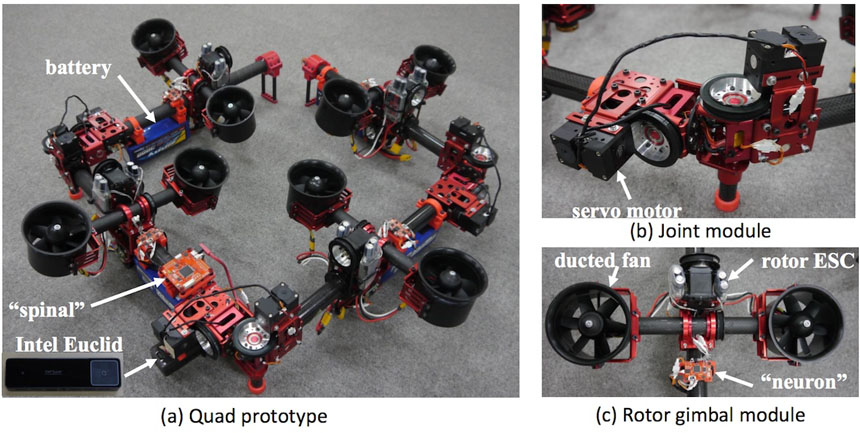 As seen in the video above, the DRAGON’s design has resulted in the creation of a more fluid form that can respond and adapt as needed to any changes in its environment. The modules can either form a straight line, or twist itself into a zig-zag, spiral or L-shape during flight. This adaptable design is a big step forward, as one of the JSK Lab’s researchers, Fan Shi, told IEEE Spectrum: “[The DRAGON is] a breakthrough in hardware design which, in a beautiful way, connects a manipulation arm with a ducted fan-driven aerial robot. [It’s] an ideal platform for aerial manipulation.” 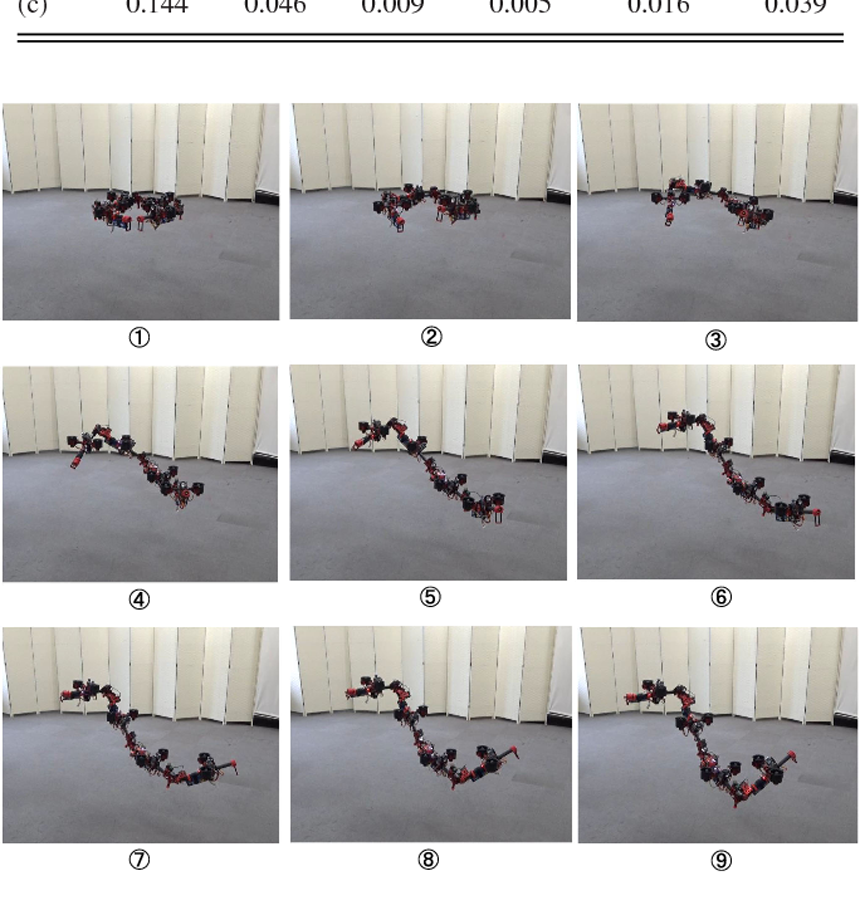 There’s a lot of potential in this modular approach, which we see in other iterations of drone concepts that utilize the idea of swarm intelligence to create artificial nervous systems or interactive drone swarms that act as programmable pixels of “matter”. But the research team are setting their sights on creating something that just doesn’t transform, but can also become an autonomous agent, capable of determining on its own how to best navigate through obstacles. Even better, the team envisions the DRAGON as something that can actively engage with its environment, possibly altering its form to move, pick up and carry objects over various distances and heights. The researchers are now working to build the prototype up to include as many as 12 modules, with the two end modules being used like gripping devices.