Dragonfly, a peer-to-peer image and file sharing technology developed by Alibaba Cloud, is now an incubation-level hosted project of the Cloud Native Computing Foundation. The software provides a way to quickly distribute images across large cloud native deployments, eliminating the dependency on a single registry to distribute all the copies of an image.
Apr 9th, 2020 2:10pm by Joab Jackson 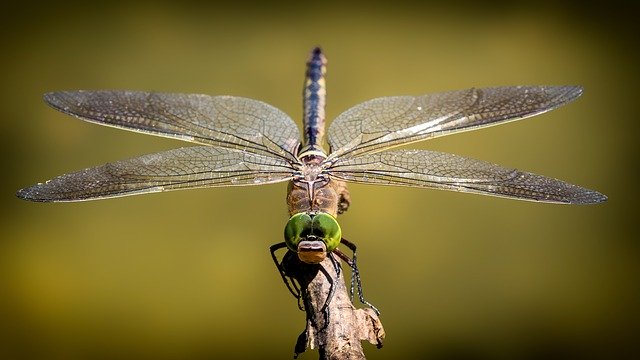 Dragonfly, a peer-to-peer image and file-sharing technology developed by Alibaba Cloud, is now an incubation-level hosted project of the Cloud Native Computing Foundation. The software provides a way to quickly distribute images across large cloud native deployments, eliminating the dependency on a single registry to distribute all the copies of an image.

“Dragonfly is one of the backbone technologies for container platforms within Alibaba’s ecosystem, supporting billions of application deliveries each year, and in use by many enterprise customers around the world,” said Li Yi, Alibaba senior staff engineer said, in a statement.

Alibaba Cloud created Dragonfly in 2015, originally to ease file distribution. By 2017, when it was adopted to share containers within Kubernetes environments, it was being used by the Chinese cloud service to share 3.4PB each month. It was originally accepted into the CNCF Sandbox program in October 2018.

A peer-to-peer file sharing mechanism could help cloud native deployments in distributing new and updated container images across a cluster more quickly and with less stress to the upstream network. P2P, first popularized by music sharing programs such as Napster two decades ago, can make full use of the cluster’s bandwidth while eliminating the possible bottleneck of having a single server respond to all the requests for a new image. In a P2P network, each node, or “peer” can share files with each other rather than all the nodes saturating the bandwidth to the image server by downloading identical copies of a single image. 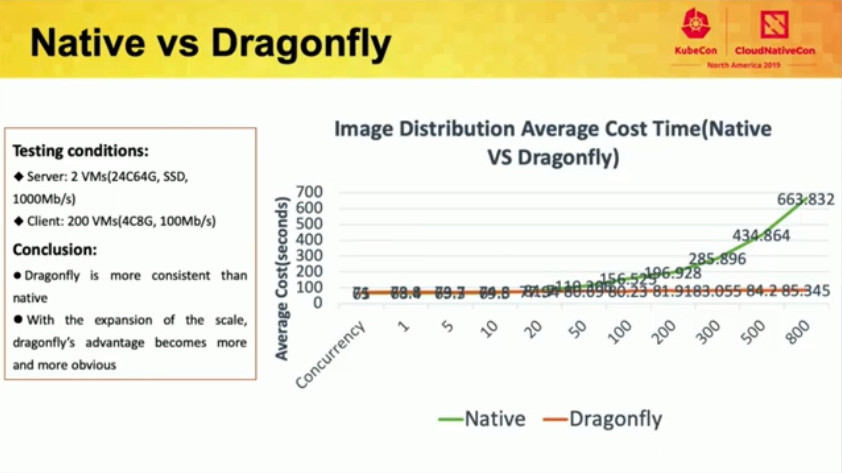 Dragonfly is not a pure P2P technology It still requires a supernode, to schedule and control distribution within the peer network. An agent on each node, dfget, downloads the file pieces. Another component, the dfdaemon proxy, intercepts image downloading requests from a container engine to dfget.

The latest version, Dragonfly 1.0.0, was completely rewritten in Golang to improve performance and can be integrated with the OCI (Open Container Initiative). It can work with CNCF’s Harbor to speed delivery further through image pre-fetching. Users can collect Dragonfly metrics within Prometheus and display them on a Grafana dashboard. Helm can be used to install Dragonfly within a Kubernetes cluster.

Project maintainers come from Alibaba, ByteDance, eBay, and Meitu. Overall it has 67 contributors from 21 organizations. It has been downloaded over 100,000 times from Docker Hub and has massed 6,000 GitHub stars.

Feature image by liggraphy from Pixabay.

Joab Jackson is Editor-in-Chief for The New Stack, assuring that the TNS website gets a fresh batch of cloud native news, tutorials and perspectives each day. He has logged over 25 years in infrastructure IT journalism, including stints at IDG,...
Read more from Joab Jackson
SHARE THIS STORY
RELATED STORIES
Connect to Remote Docker Machines with Docker Context Case Study: How SeatGeek Adopted HashiCorp’s Nomad The Next Evolution of Virtualization Infrastructure Application Storage Is Complex. Can Automation Simplify It? 3 Container Practices to Boost Your Security Posture
TNS owner Insight Partners is an investor in: The New Stack, Docker.
SHARE THIS STORY
RELATED STORIES
Container Security: A Troubling Tale, but Hope on the Horizon How to Deploy Containers with nerdctl What Is the Docker .env File and How Do You Use It? 4 Ways to Use Kernel Security Features for Process Monitoring Top 5 Considerations for Better Security in Your CI/CD Pipeline
THE NEW STACK UPDATE A newsletter digest of the week’s most important stories & analyses.
The New stack does not sell your information or share it with unaffiliated third parties. By continuing, you agree to our Terms of Use and Privacy Policy.