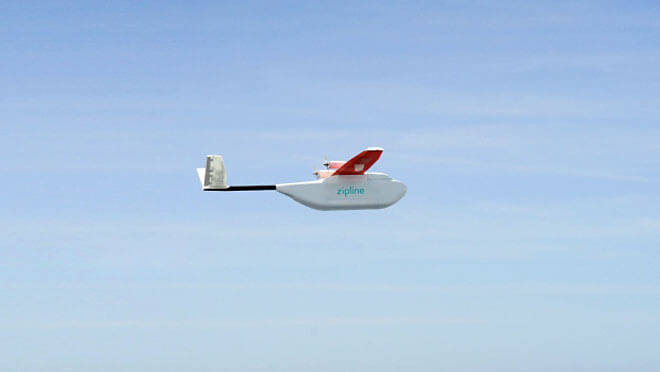 Delivering life-saving medical supplies in developing nations can be a nightmare. Without an infrastructure of well-paved roads or strong law enforcement, roads can be impassable for months at a time, or vulnerable to hijacking by bandits.

Perhaps not so surprisingly, this is where drones can save the day — or at least, that’s what American company Zipline International is counting on. The Silicon Valley startup is now piloting a drone delivery service in the African nation of Rwanda, which will see the company’s fleet of custom-built drones, nicknamed “Zips,” delivering things like medicine and even blood.

Medical personnel would order supplies via phone or text message. Within minutes, the order is filled out at one of the Zipline distribution centers and the package loaded onto one of the unmanned, fixed-wing Zip drones, which will use military-grade GPS to navigate itself at speeds of up to 62 miles per hour to the drop-off point. Upon its arrival, doctors would be alerted as the package is dropped onto the ground via parachute, accurate within an area of a few parking spaces. After delivery, the drone returns to its warehouse, where a new package will be loaded on and a freshly charged battery installed.

Open Drones to Deliver Medical Supplies in Rwanda on YouTube.

Designed by engineers who earned their stripes at NASA, Boeing and SpaceX, Zipline’s durable, electrically powered drones each weighs about 22 pounds, and are capable of carrying up to three pounds of cargo. They have a range of about 75 miles per battery charge, and the company says that its decentralized network of Zips will be able to deliver packages within 30 minutes, meaning that supplies do not need to be refrigerated during transit.

The Zipline model of delivery is much more cost-effective too: each trip will require less money and fuel than a comparable trip via motorcycle, and will be much more reliable as well. 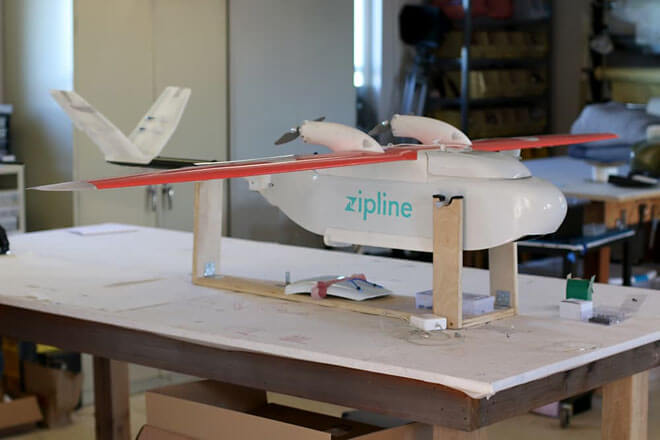 Marked with a rugged, challenging topography, Rwanda is informally known as the “Land of A Thousand Hills.” Despite its other shortcomings, the Rwandan government has demonstrated a surprisingly forward-thinking approach to tech in the last couple of decades, slowly leaving the painful legacy of its 1994 genocide behind and engendering a new generation of entrepreneurs and an influx of foreign companies eager to invest here.

Zipline’s CEO and co-founder, Keller Rinaudo, who signed a partnership deal to test a fleet of 15 Zips that will serve half of Rwanda starting in July, says that the country’s relatively unregulated airspace is a unique opportunity for projects like Zipline.

“The U.S. has one of the most complicated airspaces in the world and for that reason the (Federal Aviation Administration) is even more risk-averse than most regulators,” Rinaudo told the Canadian Broadcasting Corporation. “So I think where this will start is in environments where the need is incredibly high, and the airspace is relatively empty.”

If the pilot project to deliver to twenty Rwandan hospitals and health centers this summer is successful, the company intends to launch more distribution centers to deliver supplies to all of Rwanda starting early next year. Incredibly, according to the company, all that is needed to serve the entire country of 10 million inhabitants is two hubs, housed in retrofitted shipping containers, and a fleet of around 30 unmanned aerial vehicles. 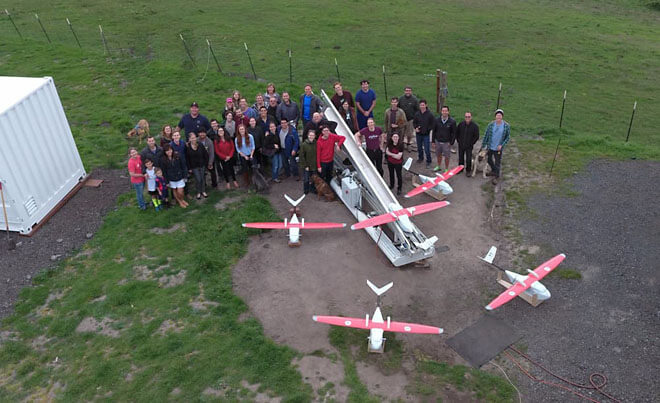 Zipline also hopes to offer other kinds of medical supplies like vaccines and antidotes to venoms in the future, along with home deliveries. Zipline has its sights set on expanding to other developing nations as well. According to the company, there is a huge market waiting to be tapped: Worldwide, more than two billion people lack adequate access to medical products, leading to a staggering number of what could be preventable deaths.

Zipline’s innovative use of drones is yet another example of how these machines are changing our world, disrupting business-as-usual and almost effortlessly leapfrogging over previously unsurmountable obstacles. Medical supplies are just the first step; tomorrow drones may be delivering organ transplants in India, fighting wildfires alongside human firefighters, or used as a less labor-intensive, drone-assisted form of “precision farming” that will increase crop yields. Safety and regulation will no doubt be an issue, but whatever the future of drones may portend, it’s bound to be interesting.