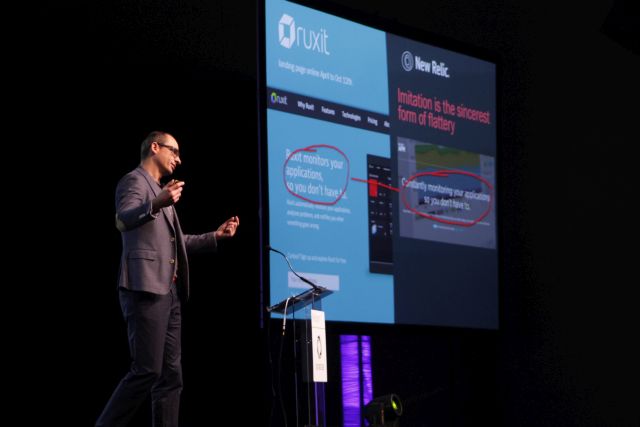 If you’ve ever built stacks of pillars out of loose blocks — either with your children or in a little corner of your office when no one’s looking — you know that the challenge of bridging two pillars with one plank is achieving the perfect balance. The same holds true in bridging generations of IT architecture as well.

In theory, the new IT stack has the following dependencies upon the old IT stack: zip. Naught. A containerized application deployed to a hybrid cloud does not, theoretically, have to include any component belonging to the earlier era of virtualization. But that perfect theoretical world exists mainly in laboratories, with the key exceptions being the world’s most massive web-scale companies, such as Facebook, Twitter and Google, where the old stack simply no longer applies.

Yes, you too can have your own pristine, bare metal, Facebook-era data center. But you can perhaps count on one hand those enterprises, those more than five years old anyway, that actually do.

Last week at the Dynatrace Perform 2015 conference in Orlando, my New Stack colleague Alex Williams and I met dozens of folks who live and work every day with the old stack, along with the emerging one. One of their jobs is application performance management, which involves deriving metrics from both servers on-site and clients running web applications in the field — typically web browsers, but also plugins for IBM WebSphere and earlier generations of distributed applications. This is Dynatrace’s area of expertise.

As established as application monitoring is, the act of monitoring containerized applications is still a completely new, and not quite entirely-defined, science. Both Dynatrace and its biggest competitor, New Relic, utilize agents that are injected into servers and clients to gather metrics and report back to their hubs. Other firms, such as Sysdig, believe the use of agents in containerized environments actually disrupts the flow. They point to a possible “observer effect,” borrowing a term from quantum physics describing how the very act of observing particles at the subatomic level disrupts whatever’s going on at that level, to the extent that you can’t possibly know whether what you’re observing is truly native behavior.

Data center managers (and the people who sign their paychecks) are not interested in observing or managing the performance of legacy applications with one tool and monitoring containerized apps on another. They were sold on the idea of a “single pane of glass” years ago, and rightfully so, if only for simplicity’s sake. The supreme goal of the APM industry is to retain the single pane for observing all applications (WebSphere, JBoss, Oracle DB, vSphere, Hadoop and, oh yeah, Docker) in their natural habitats.

At Perform, Dynatrace Chief Technology Officer Bernd Greifeneder introduced his latest creation, Ruxit, which was being touted all week as “the next generation of Dynatrace,” aimed squarely at offering app monitoring for the container age.  Attendees weren’t all that certain what that meant until the final day, when Bernd revealed the first concrete glimpses into Ruxit and his company’s transition plan.

When we interviewed Greifeneder toward the latter half of the conference, when the transition plan was still a  bit of a mystery, we asked where does Dynatrace end and Ruxit begin?

“That’s actually the wrong question,” Greifeneder responded. “Actually, the point is that they are step-by-step merging together and unifying.”

The current version of Dynatrace, he explained, includes the classic APM agent, which has recently been tuned to work with Node.js, adding to the lengthy list of infrastructure and client-facing software Dynatrace can monitor. Meanwhile, over at the other pillar of blocks, there are applications being deployed on public and hybrid PaaS platforms that incorporate any number of languages. These are the ones Ruxit is designed to watch over.

I pointed out that the existing Dynatrace ecosystem already has a substantial library of business transactions — metrics that have been aggregated, especially for e-commerce purposes, so that business managers can correlate online activity with revenue generation. Thus far, we haven’t seen any evidence that the Ruxit agent would take these transactions into account.

“The point is, in this unification, the data stream that [developers and administrators] currently receive from Dynatrace will also show up in Ruxit, and surface in their business intelligence,” the CTO responded. “What this means is, it’s not a question of either/or; it means that you leverage what you have, but also then use the data within what we today call Ruxit, but which will be in the unified Dynatrace.”

Dynatrace CEO John Van Siclen spoke to us about this balancing act from the business perspective. Greifeneder actually conceived and prototyped Ruxit several years ago, as a system for monitoring cloud-based apps, he said. The original prototype bore no resemblance to Dynatrace APM. At this point in history, “Dynatrace” was a wholly-owned subsidiary of Compuware, and it wasn’t certain whether Ruxit would be a Dynatrace product or a separate entity.

Rather than create some type of fanciful migration plan for existing Dynatrace customers to migrate to Ruxit, the CEO said that Greifeneder conceived a kind of reverse migration, moving Ruxit in stages toward a point where it could be integrated into a Dynatrace environment — two classes of agents, with the “single pane of glass” that customers demanded.

So silently, and for years, Greifeneder and his Ruxit team retrofitted their product, actually working it backwards, but leaving bread crumbs of a sort back toward the future state they first envisioned for it. When Dynatrace was spun off once again into an independent firm last year, the Ruxit team was ready to present it to Dynatrace’s new management. Greifeneder was brought back into the fold, and the idea of “Powered by Ruxit” was born. 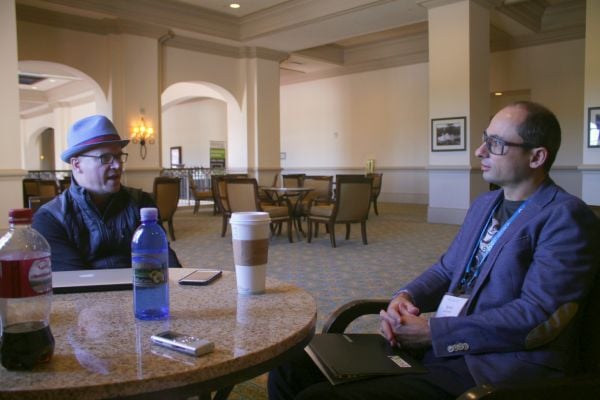 Why was unification even a necessity? Why couldn’t the company offer both platforms on their own terms?

“We already saw the growth of dynamic environments. We saw the need for better analytics and analysis,” the CTO responded. “And we also learned that, in order to do a proper analysis, you have to bring the data together into a single store — not only that, but to capture the data yourself, because you need first-quality data.”

Greifeneder explained the term by offering an example of statistical correlation of generic data feeds. A typical data stream from a server in this situation would include server-side metrics such as CPU utilization and response times, sent in aggregated form every five minutes. If generic algorithms are applied to these data batches, an observer could at best only speculate that a CPU spike correlated to a response time change.

Such generic approaches fail, said Greifeneder, so the data streams must be made more granular and less aggregated — thus “first-quality.”

“Only then are we in the right position to do analytics that can outperform any other generic approach,” Greifeneder said.

“This is the part of the unification. And this will not alienate our customers now, because we take their use cases forward … Of course, this is a journey. It’s not everything unified perfectly [right away], but this is our approach,” Greifeneder said.