Eagles Are Attacking Drones in Australia

Now that America has devoured another 46 million turkeys, maybe it’s time for a tale about some birds who struck back. In Australia, eagles are seemingly doing this, and have thus far permanently decommissioned at least nine drones.

It’s a story for the ages, in which humankind will be represented by a commercial gold-mining operation — the seventh-largest in the world — operating in Kambalda, Australia with some new cutting-edge surveillance technology. Using a $10,000 camera, it has created some extremely detailed photographs (with a resolution down to two centimeters) to pinpoint the most promising new dig sites, according to an article from Australia’s ABC News.

And, in addition, the company is also surveying its gold-mining terrain with equipment that creates detailed contour maps. To cover all this potentially-lucrative territory, it packed some expensive high-tech equipment onto some sturdy carbon-fiber Trimble UX5 drones. 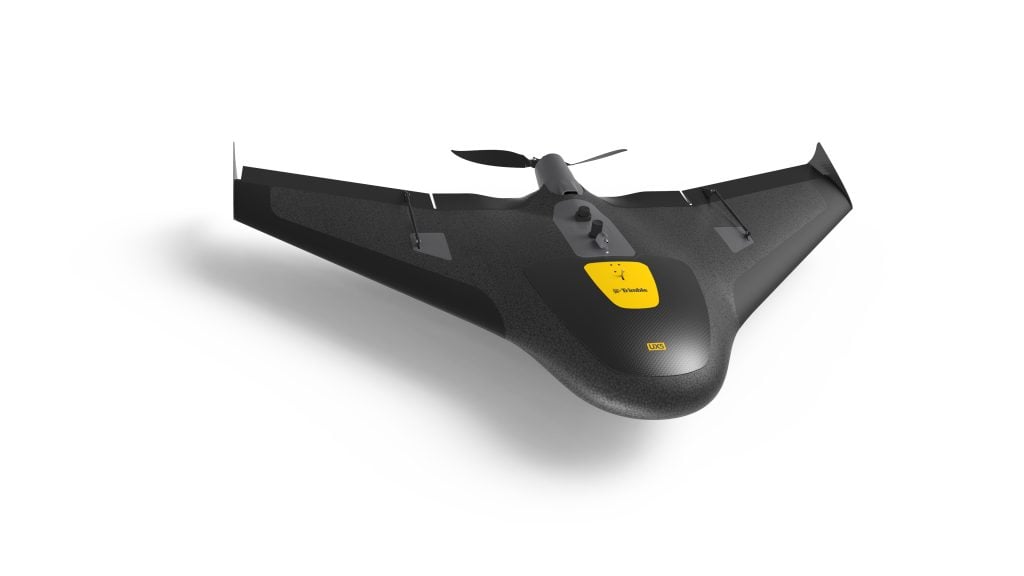 Flying nearly 60 miles an hour, and at altitudes of up to 400 feet, these specially-constructed commercial mining drones cost $10,000 each. So that’s $20,000 of expensive high-tech equipment that’s floating around in the skies over Australia. And although it’s an ingenious plan, there’s one thing they didn’t count on. 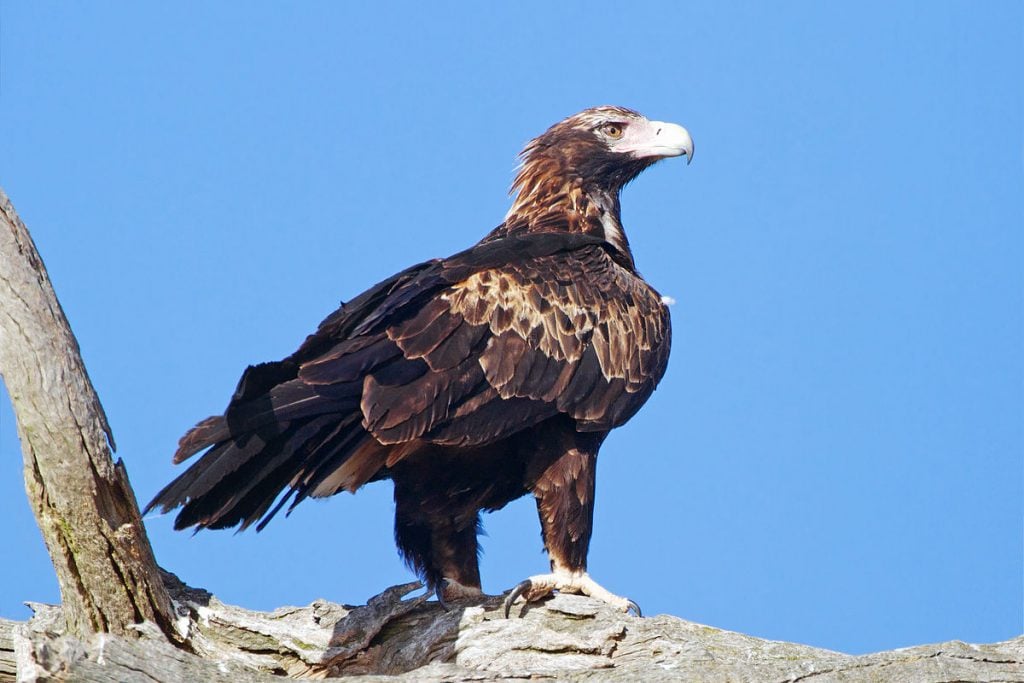 Meet the wedge-tailed eagle, also known as the eagle hawk. It’s Australia’s largest bird of prey, and cruises over a mile above the ground, “soaring for hours on end without wingbeat and seemingly without effort,” according to Wikipedia. The ominous eagle hawk can have a wingspan over nine feet — the largest of any eagle on earth. It’ll attack just about anything — rabbits, of course, but sometimes foxes and even baby kangaroos. “Choice of prey is very much a matter of convenience and opportunity,” Wikipedia noted. 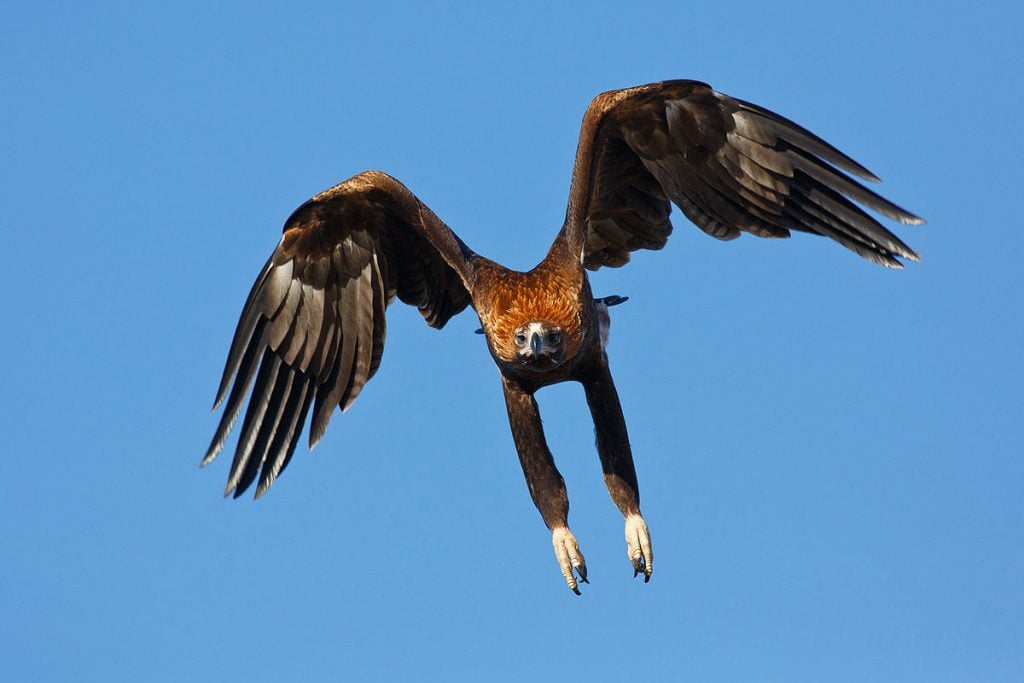 What’s its natural enemy? There isn’t one. The wedge-tail eagle is an “apex predator” — the very top of the food chain.

And because the eagle hawk wants to keep it that way, “It may defend its territory by diving on intruders,” added Wikipedia. “The wedge-tailed eagle is the only bird that has a reputation for attacking hang gliders and paragliders.” 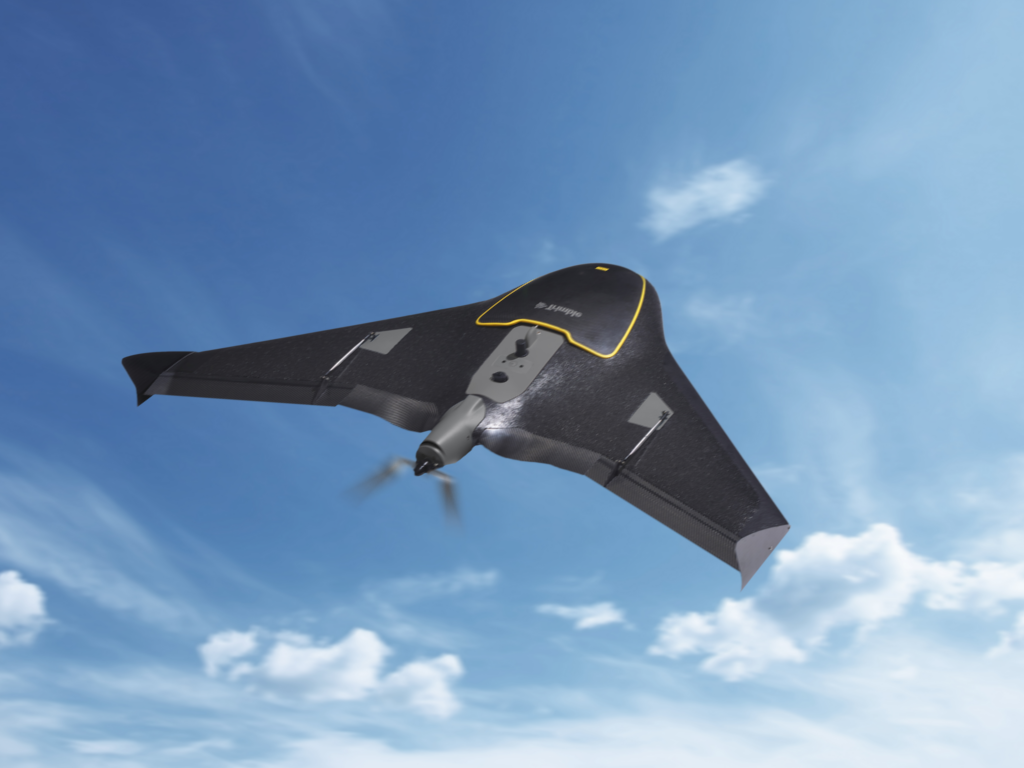 At a conference held at the Australasian Institute of Mining and Metallurgy, in Kalgoorlie-Boulder,  surveyor Rick Steven took the stage and recounted his encounter with the winged ones. “I was flying the tailings dam out at St. Ives and I was getting attacked by two eagles simultaneously,” ABC reported Steven saying.

“People couldn’t believe I was able to get such a good photo of an eagle airborne, but I didn’t… Another eagle took that photo… I was trying to fly my UAV away from them and all of a sudden, at a high point, the eagle came down and sunk both its claws into the inside of the control box of the UX5. It turned the UX5 sideways and took a photo of the other eagle as it was coming in to attack.”

“I think that’s the first recorded eagle selfie in history.”

Steven is a serious man. Instead of the commercial term “drone,” he prefers the term “unmanned aerial vehicle” — after all, there’s a five-day piloting course before you’re allowed to fly them. He now calls the wedge-tailed eagle “the natural enemy of the UAV.”

“I’m on my 12th one,” Steven tells ABC News — and nine of the losses are directly attributable to attacking eagles. That comes out to well over $100,000 in unrecoverable equipment losses, and Steven now describes the wedge-tailed eagle hawk as “my single biggest problem.”

What can he do? He’s tried dressing up the drone so it looks like another eagle — but to no avail. It “looked like an eagle but couldn’t fight back like an eagle,” Steven complained.  And painting the drone in happy sky-friendly rainbow colors also had no effect. According to the Washington Post, the company has now implemented a new company-wide policy. “If we see an eagle…we ditch the mission and land immediately…

“We now fly at an earlier time in the hope that the eagles are still nesting!”

It’s not always about territory. “I have seen them on the ground on top of a downed UAV tearing at it as though they are trying to get food,” Steven told the Post. (So just imagine what they’d do if the drone were carrying a burrito).

But in true human fashion, someone’s already made a business out of this. “Guard From Above” promises “certified” birds of prey for all your aerial security needs. “Where in the past is was impossible to bring down a trespassing drone now we can offer the solution,” the company offers. 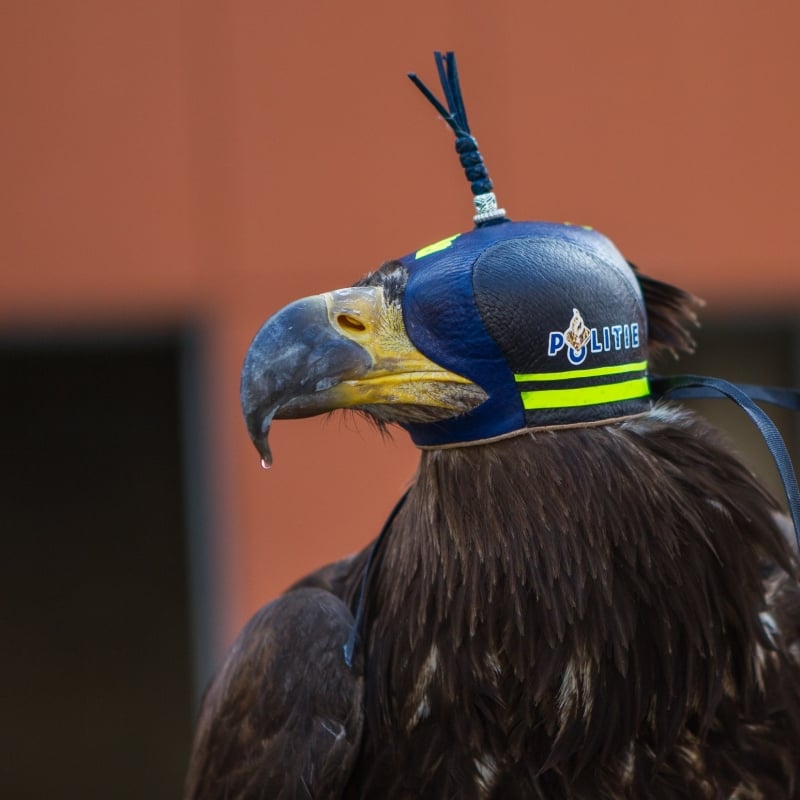 Elsewhere the company acknowledges it’s “a low-tech solution for a high-tech problem,” though the company’s founder has been working with birds of prey for at least 25 years. Based in the Netherlands, the company is already working with the Dutch police, as well as the French government, to investigate the implementation of their bird-based security solutions. It was an idea waiting to happen, according the company’s FAQ. (“Sometimes the solution to a hypermodern problem is more obvious than you might think…”)

Or, as their founder told the New York Times, “Mostly, the most crazy ideas work best.”

Training at an unused military airfield, a detective chief superintendent called the program “very promising,” reports the Times, and he also added that birds of prey do offer another advantage. They could actually drag a drone to the ground, so it doesn’t crash into innocent bystanders on the ground. But while enemy drones are expendable, “we are continuously investigating any extra possible protective measures we can take in order to protect our birds.”

It’s a reminder that even in the glow of our tasty Thanksgiving dinners, lots of people are still rooting for the birds. In fact, even in the comments on the Washington Post’s story about downed drones from the Australian gold-mining company, one user summed up their sentiments with just two words.