Eclipse Che has its origins in the desktop Eclipse IDE, but now stands alone as what the foundation calls in a statement "the First Kubernetes-Native IDE" with the release of Che 7.
Sep 18th, 2019 10:32am by Mike Melanson 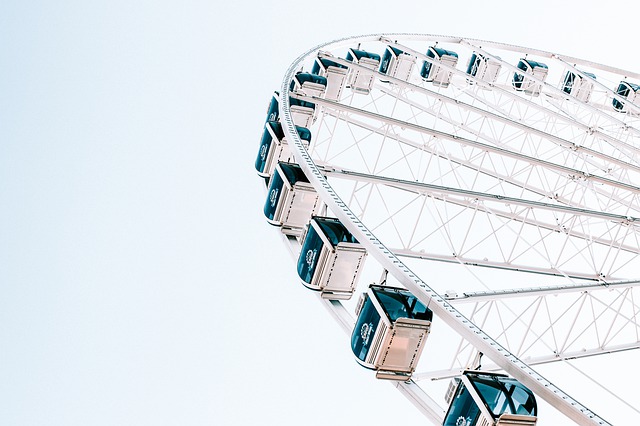 This week the Oracle Code One conference in San Francisco saw the release of Eclipse Che 7, the integrated development environment (IDE) created by the Eclipse Foundation. Eclipse Che has its origins in the desktop Eclipse IDE, but now stands alone as what the foundation calls in a statement “the First Kubernetes-Native IDE” with the release of Che 7. According to Mike Milinkovich, executive director at the Eclipse Foundation, Eclipse Che 7 departs from previous versions not only in its Kubernetes-native operation but also its codebase.

“This is an entirely new generation of tooling platform. There’s virtually no code at all from the desktop IDE that lives as part of Eclipse Che. It’s an entirely new code base,” Milinkovich told The New Stack. “It’s an entirely new platform that was designed from the ground up to be cloud native and web first. By Kubernetes-native, we mean that what you think of as your developer workspace is containerized and will run in a Kubernetes cluster, providing a lot of the infrastructure to make it easier for developers to adopt Kubernetes.”

Eclipse Che 7 now provides a web-based IDE that is based on an extended version of Eclipse Theia, which provides an in-browser Visual Studio Code experience and operates in a public Kubernetes cluster or an on-premises data center. The key value provided by Che 7, explains Milinkovich, is that by hosting the developer workspaces and the code itself on Kubernetes, much of the process is removed from developers, freeing them up to solve problems in code, not in configuration or orchestration.

“What developers struggle with today is the learning curve of setting up Kubernetes, getting the application up and running on Kubernetes, and reproducing the application environment. Che handles those out of the box so that developers have to spend far less time worrying about setting up Kubernetes,” said Milinkovich. “The transition from project to project can take a lot of work to reconfigure your desktop IDE. Che, with its concept of developer workspaces being Docker containers, and its ability to create runtime stacks, means that developers don’t have to worry about this kind of configuration issue any longer. You can roll out new configurations to the whole team far easier than you ever could before. We see Che as a new platform specifically built for the ground up to be targeting the needs of developers working on and for Kubernetes.”

If any of this sounds familiar, it may be because Red Hat beat Eclipse Che to the punch, with the release of Red Hat CodeReady Workspaces, which is based on Eclipse Che, to general availability last February, featuring the same ability to host entire developer workspaces on Kubernetes itself. Brad Micklea, senior director of developer experience at Red Hat who works with CodeReady Workspaces, offers a summary of the value proposition of Eclipse Che.

“With Che 7, everything a cloud native developer needs — including the IDE, its plugins, and their dependencies — is running as a Kubernetes application, so everything becomes repeatable and reproducible, whereas before development teams had to spend a non-trivial amount of time building and maintaining developer environments,” said Micklea in a statement. “Now, developers can more quickly spin up a development environment in Kubernetes that mirrors a production application and Che will take care of adding the development, build and debugging tools needed for them.”

While Red Hat may have gotten there first, Milinkovich says that by bringing Eclipse Che up to speed, it also enables other projects to provide this level of functionality — not just one project under one vendor.

“If you go back into the early nineties, every vendor had their own IDE and the Eclipse desktop IDE coalesced the industry around a single platform. We’re seeing to a large degree history is repeating itself because there’s an awful lot of single use web IDEs out there and we see the opportunity for Che to really help coalesce the industry around a vendor-neutral open source platform for building these kinds of tools,” said Milinkovich. “It’s the new tooling platform for cloud native. As you may have noticed, it doesn’t matter what the question is anymore, the answer is Kubernetes. So to the degree that Kubernetes is defining the new hybrid cloud, multicloud, and on-premises world, with developers and their managers wanting to have the flexibility to move between them, Eclipse Che is going to be the toolset of choice for helping do that.”

Oracle and Red Hat are sponsors of The New Stack.