The Eclipse Foundation launches a "call to action" to define the software-defined vehicle. A group of companies are working on the effort.
Nov 4th, 2021 8:00am by Mike Melanson 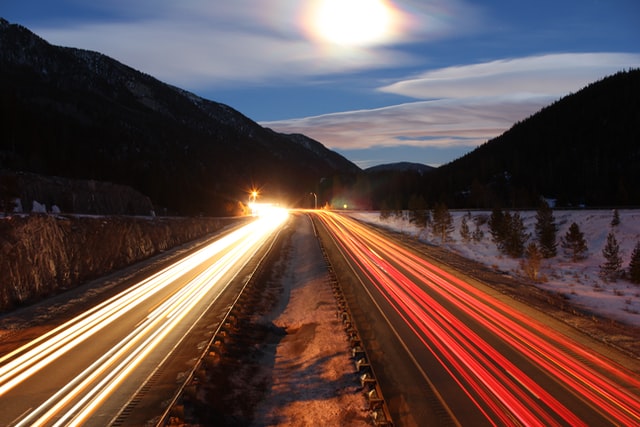 While you have already likely heard of software-defined networking or storage, the Eclipse Foundation is working to bring the software-defined vehicle to the world with the formation of a new working group.

Working together with Bosch, Blackberry, Microsoft, Red Hat, SUSE and others in the automotive and software industry, the Eclipse Foundation has issued a call to action to further define the software-defined vehicle and bring together automotive original equipment manufacturers (OEMs) under a vendor-neutral home.

“The intent here is to demonstrate that there is real technology here and real momentum, and work with the OEMs to attract as many as we can,” said Mike Milinkovich, executive director of the Eclipse Foundation. “The automotive industry, historically, hasn’t done a great job of establishing multivendor collaborations where the vendors are the top OEMs. Generally speaking, you see industry initiatives, and it’s one OEM and then sort of the rest of their value chain. For this to be successful, ultimately we need to track a much larger cross-section of the major manufacturers, because the automotive sector, if it allows itself to be fragmented from a software perspective, is going to find itself in a world of hurt.”

According to a statement, the working group’s ultimate goal will be the creation of a vendor-agnostic open source ecosystem “focused on building the foundation for a new era in automotive software development,” which will not only include the software itself, but also methods for deploying, configuring and monitoring that software in a secure and safe manner.

Already, vehicles are becoming increasingly complex, and Milinkovich said that the expectation is that they are going to become “something like a server on wheels, using hypervisor technologies to separate the functional safety components of the software, including things like enhanced advanced driving systems and, eventually, autonomous driving systems from the more consumer electronics part of the car with things like radio, music, navigation and the like.”

Currently many vehicles consist of a variety of specialized embedded control units (ECUs) that perform specialized functions. The trend, however, is to move to a larger, more powerful and more centralized computer that would be shared through virtualization in much the same way that other software-defined hardware is shared.

“As this new generation of hardware architectures starts to appear in cars, there needs to be a new software architecture to help support that,” said Milinkovich. “And so that’s the notion of the software-defined vehicle, which is really driving an attempt to create a shared software platform across all elements of the automotive value chain for building out a broad ecosystem around automobiles.”

The ultimate goal of the working group will be to create an “open source in-vehicle application runtime stack, cloud-based vehicle operations as well as highly integrated development toolchains,” which would then allow vehicle manufacturers to focus on differentiating features, rather than things like operating systems and middleware.

Michael Plagge, ecosystem development director at the Eclipse Foundation, explained that the software-defined vehicle would benefit not only the OEMs, but also consumers, who would be able to update their vehicle’s software in ways not currently available.

“To add features just by adding software, that was something that didn’t happen in the past,” he said. “In the past, the cars, once produced and sold to the customer, didn’t change. Maybe you get software updates for the small issues, but there were usually no additional features. In the future, we’ll see features coming with software updates, or you can even buy features for the weekend.”

Currently, many of the consumer applications are provided by smartphones rather than in-car applications, and Milinkovich again emphasized the need for OEMs to come together to create a unified platform to be able to compete.

“To what degree the future of the application space in the automobile is going to come from your mobile phone versus coming from an ecosystem that’s dedicated to automotive, I think that’s still very much up in the air,” he said. “If the automotive sector doesn’t get together and form a single automotive platform, then they’re doomed to failure. If they try to create a separate automotive ecosystem for each car company, in terms of per unit, they’re off by at least one or two orders of magnitude in terms of the volume that you can get in smartphones.”

Mike is a freelance writer, editor, and all-around techie wordsmith. Mike has written for publications such as ReadWriteWeb, Venturebeat, and ProgrammableWeb. His first computer was a "portable" suitcase Compaq and he remembers 1200 baud quite clearly.
Read more from Mike Melanson
SHARE THIS STORY
RELATED STORIES
CES 2023: Robots, Astronauts, Schwarzenegger and Flying Cars What Is Edge Computing? 7 Edge Computing Uses You Should Know Performance Measured: How Good Is Your WebAssembly? How New Sony AI Chip Turns Video into Real-Time Retail Data
Red Hat is a sponsor of The New Stack.
SHARE THIS STORY
RELATED STORIES
Couchbase’s Managed Database Services: Computing at the Edge What Is Edge Computing? Top Edge Computing Companies to Know How New Sony AI Chip Turns Video into Real-Time Retail Data Creating ‘Offline-First’ Applications for Wi-Fi Dead Zones
THE NEW STACK UPDATE A newsletter digest of the week’s most important stories & analyses.
The New stack does not sell your information or share it with unaffiliated third parties. By continuing, you agree to our Terms of Use and Privacy Policy.