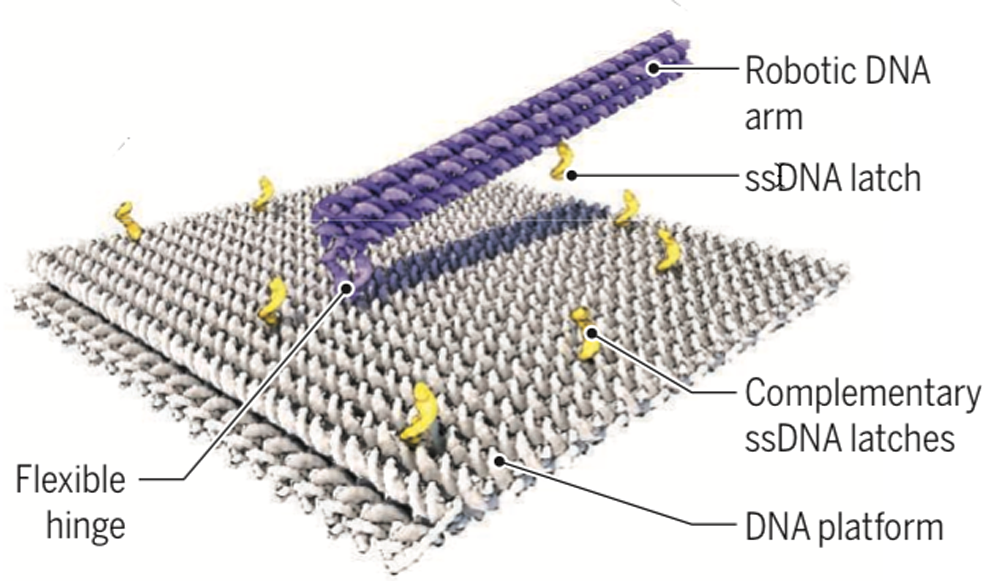 Nanoscale technology is making fascinating leaps in a variety of fields, from self-folding nanosurgeons, to the potential use of cargo-sorting DNA nanorobots and nanosubmarines that can deliver pharmaceutical drugs to precise locations inside the body. But there are a number of hurdles to clear before the technology can become widespread, such as how nanorobots might be powered, controlled or propelled.

Now German researchers at the Technical University of Munich (TUM) have developed an innovative method of using electrical fields to propel and remotely control tiny origami-inspired robots, which have been built using strands of DNA. According to the team’s findings, published in a recent issue of Science, this new approach permits these DNA nanorobots to move 100,000 times faster than conventional biochemical techniques, which would make molecular-scale manufacturing in so-called nanofactories possible.

“Building up a nanotechnological assembly line calls for a different kind of propulsion technology,” said TUM researcher and professor Friedrich Simmel, one of the paper’s authors. “We came up with the idea of dropping biochemical nanomachine switching completely in favor of the interactions between DNA structures and electric fields.”

The results are significant because conventional methods of propulsion for DNA nanorobots are slow. Since these bots are built with biological materials, activating them through the use of biological enzymes can often take minutes or even hours, making that approach too time-consuming for setting up a molecular factory. But with team’s use of electrical fields as a method of ultra-fast propulsion, that handicap is no longer a problem.

“The experiment demonstrated that molecular machines can be moved, and thus also driven electrically,” said Simmel. “Thanks to the electronic control process, we can now initiate movements on a millisecond time scale and are thus 100,000 times faster than with previously used biochemical approaches.”

The team’s tests used a 55-nanometer–by–55-nanometer DNA-based molecular platform, which incorporated an extendable robotic arm, made out of negatively charged DNA and measuring 25 nanometers (or 400 nanometers when fully extended as a nano-crane), and attached to the base plate via a rotating molecular joint, which allows the arm to move along the horizontal plane. 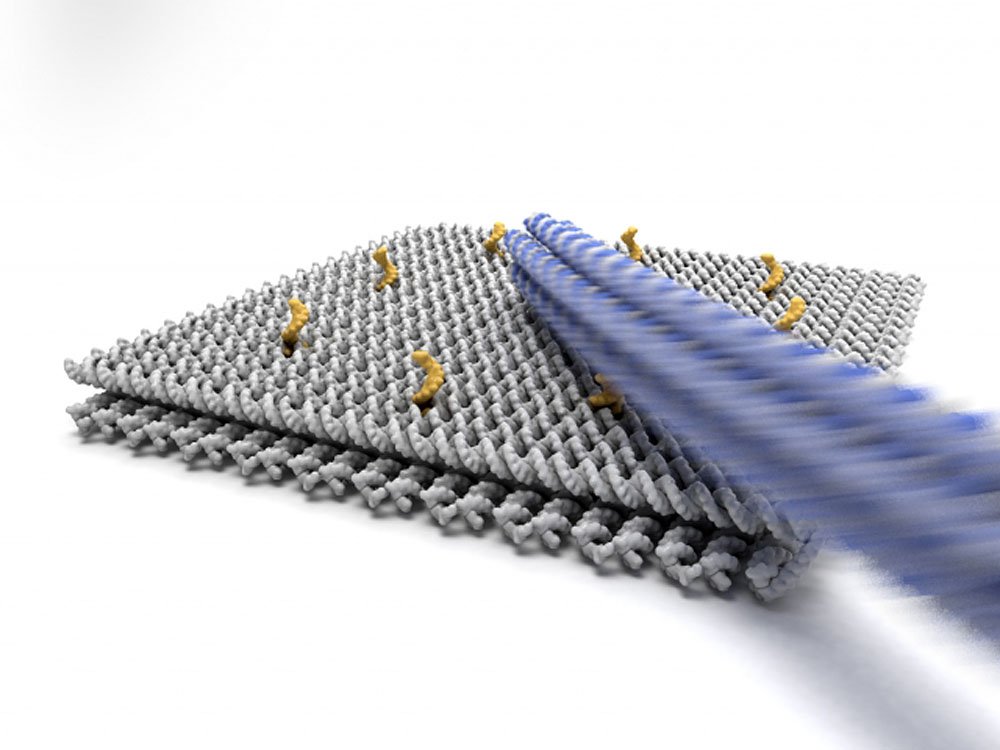 When fully extended, the nanorobotic arm becomes a nano-crane that can move 100,000 faster propelled by an electrical field.

The nanorobotic arm is attached to the base platform by a flexible joint, and is controlled by an electrical field. Short, single-stranded DNA (seen in yellow) act as “latches” that can momentarily lock the arm in predetermined locations.

To observe how fast these tiny arms could move under the influence of an electrical field, the team used a technique called Förster resonance energy transfer (FRET, or also fluorescence resonance energy transfer), where energy is transferred between two light-sensitive molecules (also called chromophores). Energy is transferred from the electrically excited “donor” molecule to an “acceptor” molecule, actuating the robotic appendage between short, single strands of DNA attached to the platform that function as “latches,” thus restricting the arm within a certain range of motion. To keep the arm in continual motion between latches, the electrical field is switched repeatedly. The tips of the robotic arm has been marked with dye molecules, allowing the scientists to observe the arm in motion using a fluorescence microscope. 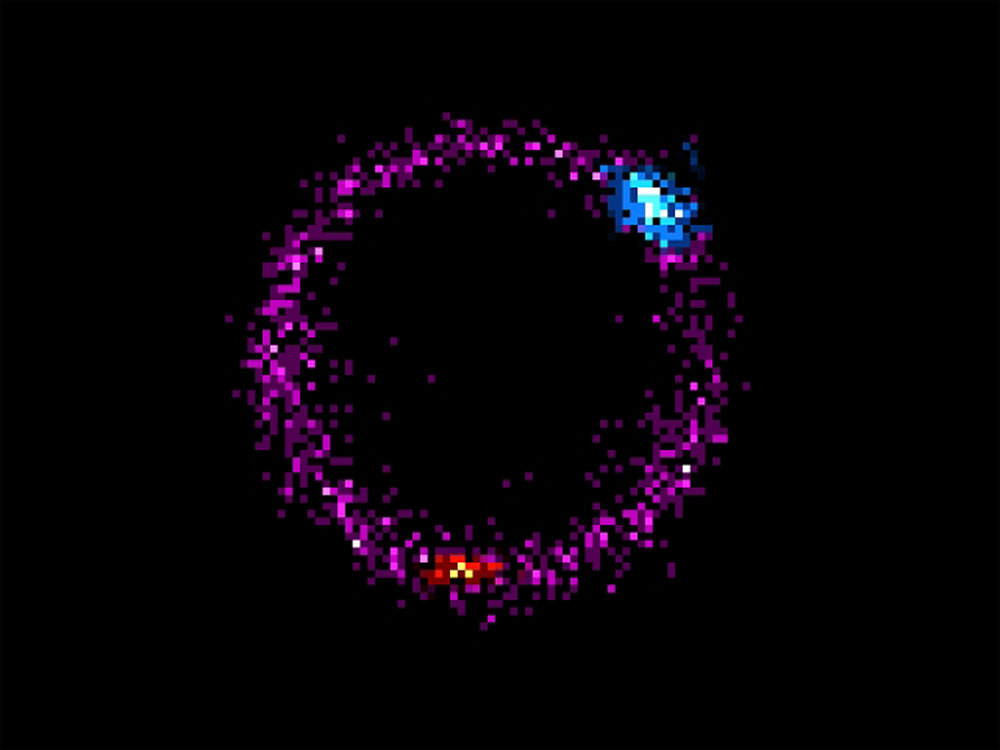 Movement of the robotic arm, seen with its purple dye marker, under a fluorescence microscope, between two docking points (in red and blue).

According to the researchers, such DNA nanorobots could be sped up to perform a variety of tasks, such as analyzing biochemical samples, medical diagnostics or helping to create active substances for personalized medical treatments or in chemistry.

“Nanobots are small and economical. Millions of them could work in parallel to look for specific substances in samples or to synthesize complex molecules — not unlike an assembly line,” explained Simmel.

The team also believes that the system could be scaled up and incorporated into hybrid systems combining microfabrication and self-assembly to create true nanofactories. In addition, large numbers of these DNA nanobots could be used for new innovations in digital memory, transferring molecules or nanoparticles on the nanoscale, as well as 3-D printing molecules. It’s an exciting development that could have huge implications in medicine and other fields, and also brings the possibility of tiny-scaled nanofactories — capable of producing all kinds of things from a molecular level up — one step closer.

More, over at Science.