Neuralink is aiming to develop micron-sized brain-to-machine implants within the next few years. Earlier this week, the company unveiled their latest development: ultra-thin, flexible neural 'threads' that would not only transfer larger amounts of data, but would also reduce the chances of the brain being damaged by the stiffer electrode-bearing needles that are currently being used in similar interfaces.
Jul 18th, 2019 12:00pm by Kimberley Mok 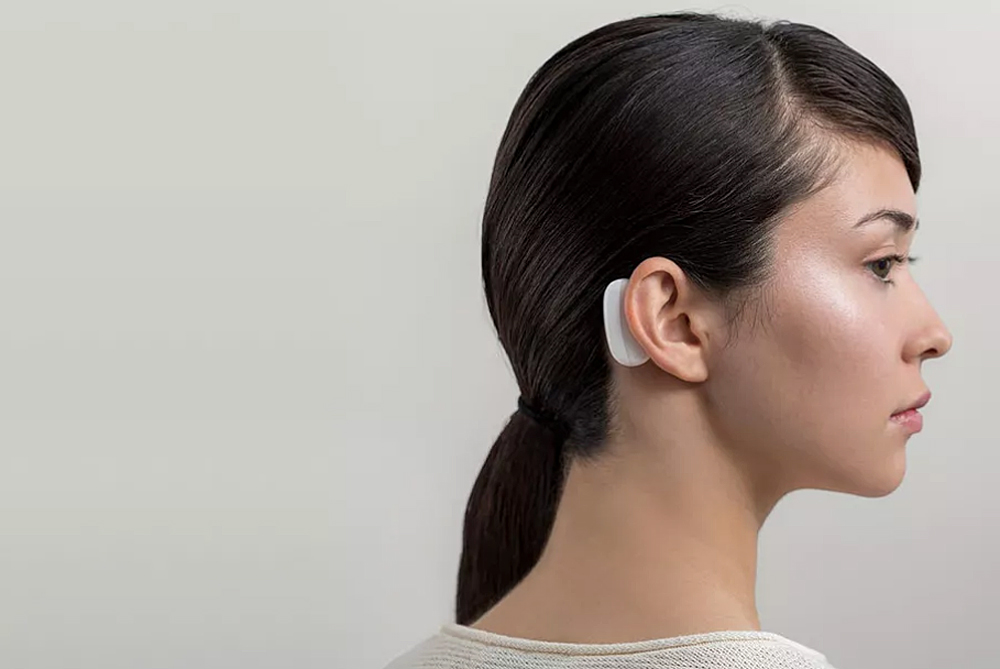 Augmenting oneself with artificial intelligence or controlling a machine with one’s mind are ideas that have been mostly confined to the realm of science fiction. However, with the emergence of increasingly advanced AI and the development of brain-to-computer interfaces (BCIs) — which establish a direct communication link between the brain and an external device — these fanciful dreams are becoming distinct possibilities. But the problem with most current brain-to-computer interfaces is that they often require invasive surgery in order to implant the associated devices. While there are non-invasive BCIs being developed, these still have drawbacks, such as low volumes of data transfer and less-than-ideal rates of signal accuracy.

Hoping to tackle these challenges is neurotechnology startup, Neuralink, which is aiming to develop micron-sized brain-to-machine implants within the next few years. Earlier this week, the company unveiled their latest development: ultra-thin, flexible neural ‘threads’ that would not only transfer larger amounts of data, but would also reduce the chances of the brain being damaged by the stiffer electrode-bearing needles that are currently being used in similar interfaces. Oh, and did we mention that Neuralink has also developed a specialized robot that will surgically insert these neural threads?

Treating Brain Diseases and Keeping up with AI

In a livestreamed announcement made earlier this week, Neuralink co-founder Elon Musk outlined publicly for the first time some of the details behind the system consisting of neural threads, and a microchip and sensor. Musk — a serial entrepreneur who is well-known for his cautious stance on the potential dangers of AI running amok, said that the device would potentially treat neurological disorders, as well as to help people with disabilities operate their gadgets without assistance.

According to both Musk and the Neuralink team’s white paper, the major step forward here is the flexibility of the neural threads, and the prospect of a “high bandwidth” brain-to-machine interface system that could be easily scaled up, with less data distortion and a reduced risk of an inflammatory response from brain tissue.

So far, the team’s technique involves building “arrays of small and flexible electrode ‘threads’, with as many as 3,072 electrodes per array distributed across 96 threads.” Besides increasing the number of electrodes that could be inserted into the human brain, these conductive polymeric threads measure between 4 to 6 microns in width and will read neural activity much more effectively than other implantable electrodes. These neural threads would be woven into brain tissue with the help of a specially designed surgical robot, capable of inserting six threads (ie. 192 electrodes) per minute with micron-level precision — relatively quicker compared to standard procedures. So while there will still be some surgery involved, the flexibility of the threads means that they are more biocompatible and won’t degrade as easily as other electrodes, and any shifting around of the gray matter in the skull won’t tear the threads, nor injure the brain tissue — all of which are problems associated with conventional BCIs. 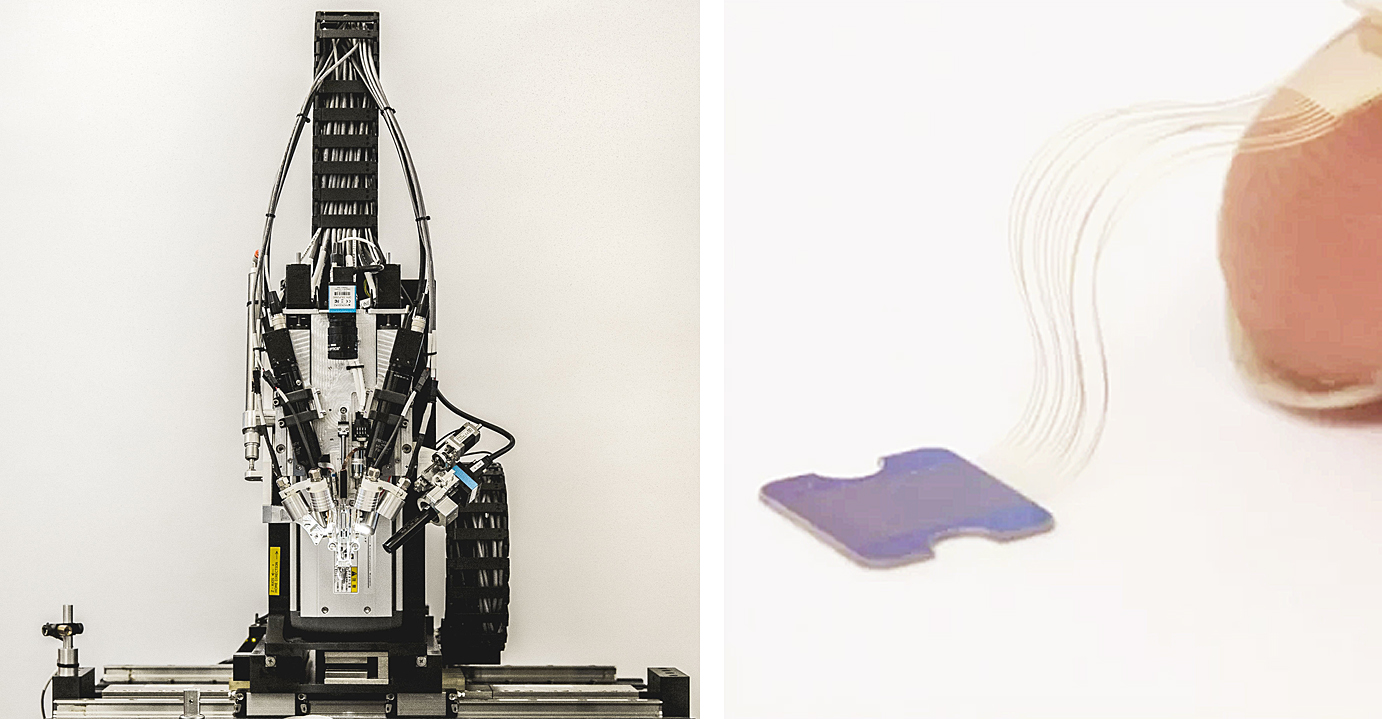 Left and below: Neuralink’s specially designed surgical robot. Right: Neural ‘threads’, attached to the tip of a finger. 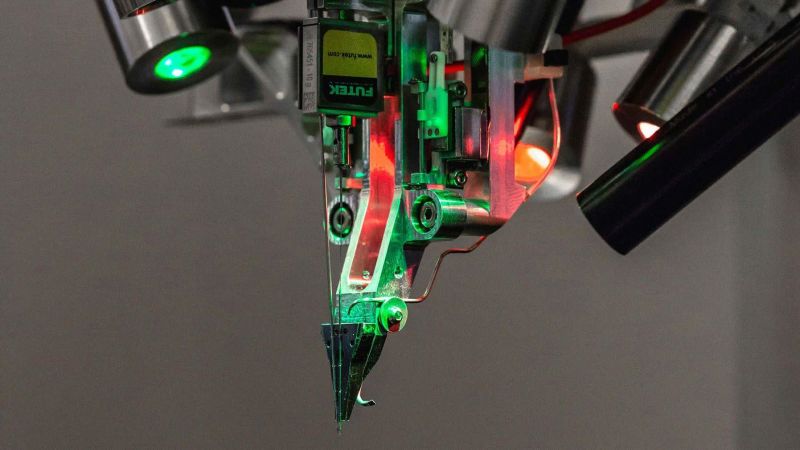 Besides the threads, the team plans to refine the system further to include a tiny external receiver that would enable the system to communicate wirelessly between the system’s embedded microchip — which serves to amplify and digitize the brain’s signals — and external devices and apps. Currently, the system uses a wired connection via USB-C, and so far the team’s experiments with 19 surgeries on animal subjects have yielded an increase of up to 85.5 percent in recording dynamic spikes in neural activity.

Of course, there are still kinks to work out, as the company wants to begin testing their system on human patients by 2020, saying that they would focus on subjects with serious medical issues such as paralysis due to spinal cord injuries. However, this is a pretty ambitious goal, as Neuralink has yet to undergo the lengthy process of obtaining FDA approval for such trials, and their paper is yet to be peer-reviewed by other experts in the field.

In any case, the prototype points to the possibility that humans may someday indeed find themselves in a kind of seamless symbiosis with machines, where a mere thought would allow us to control machines — or possibly to be controlled by them. Nevertheless, Musk firmly believes that human-machine symbiosis is the only option: “I think this is going to be important at a civilization-wide scale. Even under a benign AI, we will be left behind. With a high bandwidth brain-machine interface, we will have the option to go along for the ride. [..] This has a very good purpose, which is to cure diseases, and ultimately secure humanity’s future.”

SHARE THIS STORY
RELATED STORIES
Performance Measured: How Good Is Your WebAssembly? Why the Edge for Applications Is a Trend Heading into 2023 Top Edge Computing Companies to Know Spotify: Bigger the Codebase, the More Challenging the Migration Pinterest: Turbocharge Android Video with These Simple Steps
SHARE THIS STORY
RELATED STORIES
CES 2023: Robots, Astronauts, Schwarzenegger and Flying Cars What Is Edge Computing? Performance Measured: How Good Is Your WebAssembly? Couchbase’s Managed Database Services: Computing at the Edge Making It Easier to Build Apps with Time Series Data
THE NEW STACK UPDATE A newsletter digest of the week’s most important stories & analyses.
The New stack does not sell your information or share it with unaffiliated third parties. By continuing, you agree to our Terms of Use and Privacy Policy.